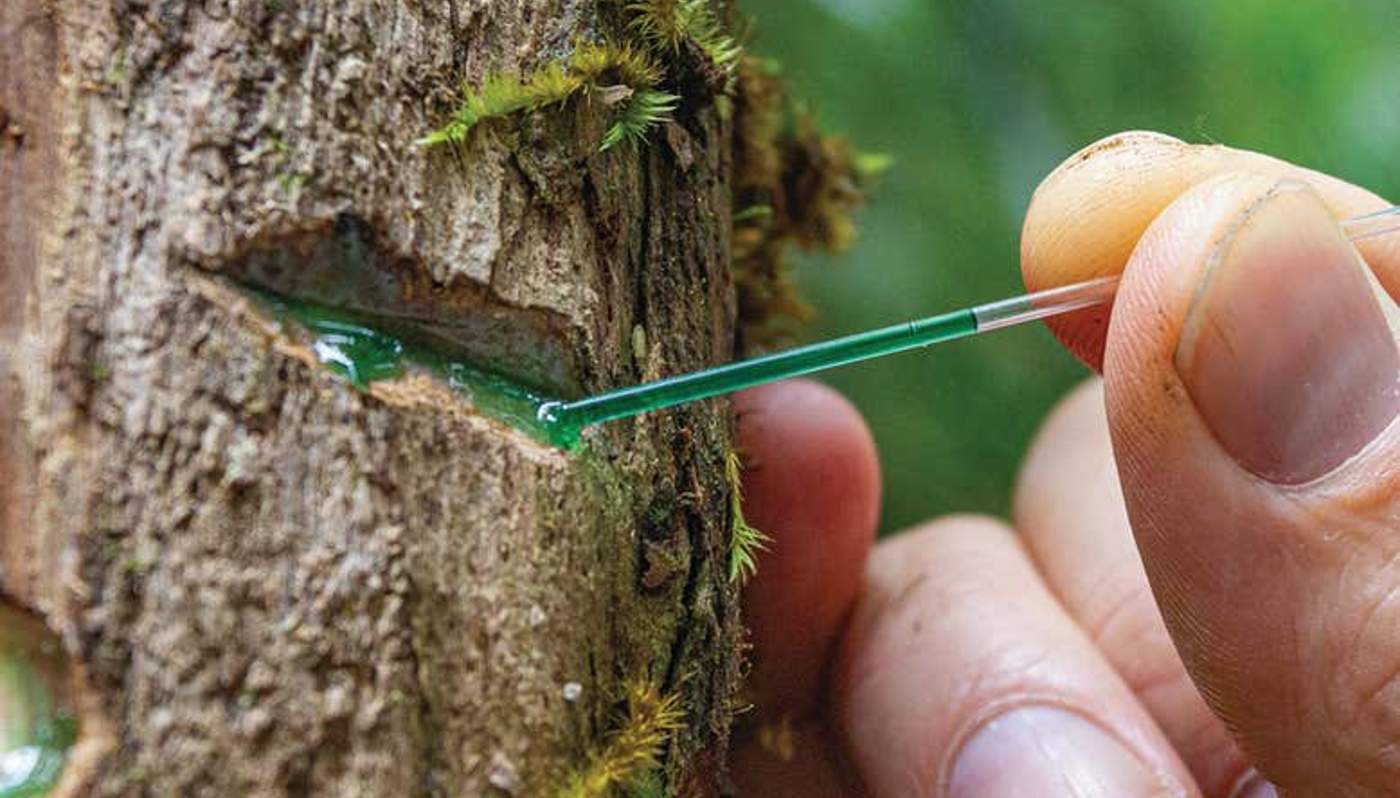 Big tropical mining companies could soon be presented with a green alternative to traditional strip mining by letting plants hoover up the trace minerals instead of mining equipment.

Phytomining, as it’s called, relies on a select few species of plants that can literally suck the soil dry of minerals like zinc, selenium, nickel, and cobalt.

Rather than polluted rivers, plumes of sulfur dioxide, and the throng of heavy machinery, phytominin—as one demo site which started in 2015 bears witness—relies on locals to trim a few feet of a 20-feet tall green shrub. These leavings are collected and burned to create “bio-ore” filled with 20 to 25% nickel by weight.

The mining industry is keen to see how this green alternative to one of the most carbon-heavy industries can actually perform. Allowing plants to gather materials for you beats rooting around for it in the ground on a remote island like Borneo.

“We can now demonstrate that metal farms can produce between 150 to 250 kilograms of nickel per hectare (170 to 280 pounds per acre), annually,” Antony van der Ent, a senior research fellow at Australia’s University of Queensland, told Grist, in a special report on phytomining in Indonesia.

MORE: Professor Develops Technology That Cools People Down – Without Electricity or AC

“At this stage, phytomining can go full-scale for nickel immediately, while phytomining for cobalt, thallium, and selenium is within reach,” van der Ent said.

Nickel mining companies might be drooling over the scientific modeling van der Ent and other “metal farmer” experts have done that found nickel phytomining to be on a similar cost basis to corn farming, but with an after-production gross of around $1,800 per hectare—making it a very profitable activity.

While the Grist report details phytomining in Borneo, trials have been done in the U.S.A, Italy, Albania, Canada, France, Spain, and New Zealand. There are around 700 recognized “hyperaccumulators,” which is the term for plant species that can absorb large quantities of these minerals before depositing them in their shoots, branches, and leaves.

There are some parallels to food agriculture, for example the amendment of calcium is vital, while nitrogen and organic material supplementation seem to increase the available nickel in plant shoots.

By far the most advantageous aspect of phytomining if you run a major mining corporation is actually not where the soil is rich, but where the soil is poor, in nickel. At concentrations of 1% or less, the only option is to strip mine, for example in locations like Brazil, Cuba, Indonesia, the Philippines, and New Caledonia.

It involves taking a surface layer of rock and soil off a stretch of ground, and using acid-leaching heavy machinery to extract the scarce nickel particles. All this unhappy work for very little metal results in a layer of toxic topsoil filled with trailing metal particles that has to be collected and sold to landfills at great cost to the miners.

READ: Massive Balloon the Size of a Soccer Stadium to Launch Telescope to Edge of Space to Study How Stars Form

With production in the Indonesian site slowed due to COVID, van der Ent is using this time to develop a hydro-metallurgical extraction method so as to avoid burning the plant trimmings for nickel, thus eliminating the CO2 generated. That’s exciting news indeed.

SHARE This Good Green News With Pals on Social Media…