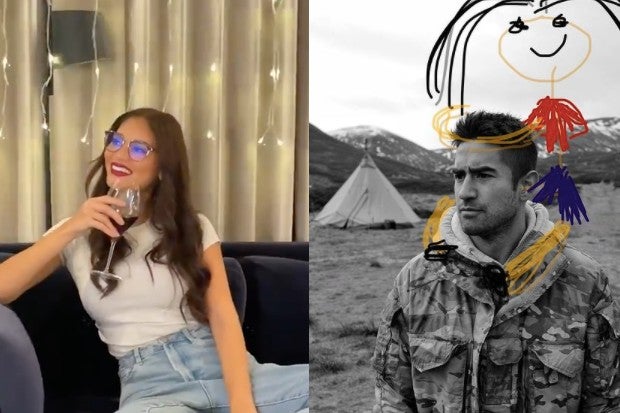 Pia Wurtzbach and boyfriend Jeremy Jauncey marked their second anniversary on New Year’s Eve separately, but the two still managed to be “together in spirit.”

The beauty queen did not let distance get in the way of greeting her boyfriend through a video montage of their pictures together, as seen on her Instagram page yesterday, Jan. 2.

“Can’t take my eyes (and ears, and nose, and mind) off you. Happy Anniversary, my love @jeremyjauncey,” Wurtzbach stated.

Meanwhile, Jauncey turned sentimental, explaining the importance of New Year’s eve to him and his relationship with Wurtzbach on his Instagram page also yesterday.

“New Year’s Eve is a particularly special time in our family as @piawurtzbach and I also celebrate our anniversary. We always spend the first day of the year together, sharing goals and ideas for the next 12 months and enjoying memories from the 12 months that have passed,” he stated.

Jauncey then revealed that his anniversary plans with Wurtzbach fell through last minute but that physical distance will not keep them from being together in some way.

“Plans had to change last minute this year but we were together in spirit, supporting each other and reminiscing on another year of laughter and adventures,” he added. “Pia drew herself into my photo in case I forgot what she looked like.”

Wurtzbach assured her boyfriend that they were still going to see each other soon, as she commented, “See you in a few days my love.”

The Miss Universe 2015 queen and Jauncey first revealed that they were a couple back in June of 2020. They first met in London and have been traveling the world together since. JB