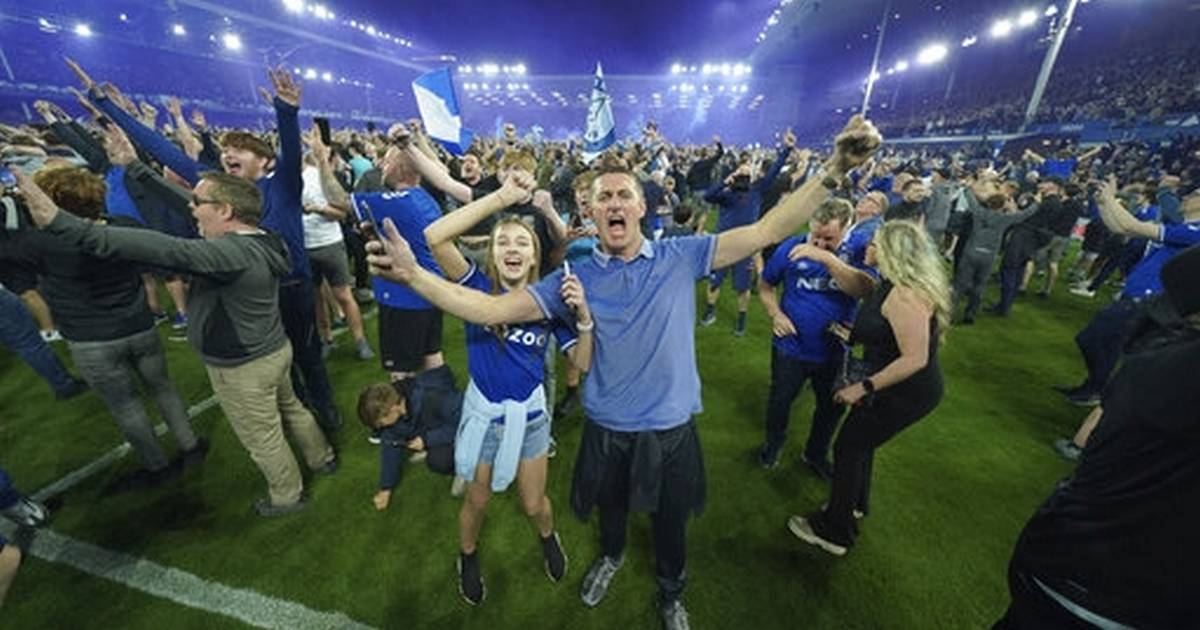 LIVERPOOL, England — Police opened an investigation Friday after Crystal Palace manager Patrick Vieira was involved in an altercation with a fan during the latest in a series of pitch invasions that have marred the end of the English soccer season.

The Football Association is also looking into the incident in which Vieira kicked out at an Everton supporter who was taunting him on the field at Goodison Park after Everton’s 3-2 victory on Thursday.

‘We are working with Everton FC to gather all available CCTV footage and are speaking to witnesses,’ Merseyside police said Friday in a statement that did not name Vieira.

Police said they are ‘investigating an altercation on the pitch at Goodison Park following the Everton v Crystal Palace match on Thursday.’

‘No formal complaint has been received and enquiries into the incident are ongoing,’ police said.

A Nottingham Forest fan was sentenced to 24 weeks in jail for entering the field and assaulting Sheffield United captain Billy Sharp at the end of a playoff game on Tuesday in the second-tier Championship.

A field invader at Northampton shoved a Mansfield player on Wednesday, and a night later Swindon manager Ben Garner said some of his players were subjected to physical and verbal abuse at the end of their match at Port Vale. Both games were in the fourth division.

‘It’s the aggression towards the opposition – it’s swarms of people around one or two people. That doesn’t sit well with me at all, that’s something we have to act very quickly (on) because we want to avert potential tragedy,’ he said.

Liverpool manager Jurgen Klopp said he was surprised to see fathers tugging their young sons onto the field at Everton.

‘You lose your mind for yourself it’s OK but you lose it for yourself and your son, I didn’t (understand) that,’ he said. ‘It could have been really dangerous.’

The field at Goodison Park was flooded by Everton supporters after their team recovered from 2-0 down at halftime to win 3-2. The victory secured Premier League survival before Sunday’s final round.

As Vieira tried to leave the field, a supporter seemingly holding up a phone could be seen extending his arms toward the Frenchman’s face. Vieira then turned and tried to grab the phone before kicking out at him with his right foot. The fan fell to the ground.

Vieira, a nominee for the Premier League manager of the season award, declined to comment on the incident after the match.

‘It was pure elation of fans who have come on the pitch after avoiding relegation,’ he said in his post-match comments. ‘If it is done in the right way let them stay on the pitch, let them have their moment. As long as they behave, no problem.’