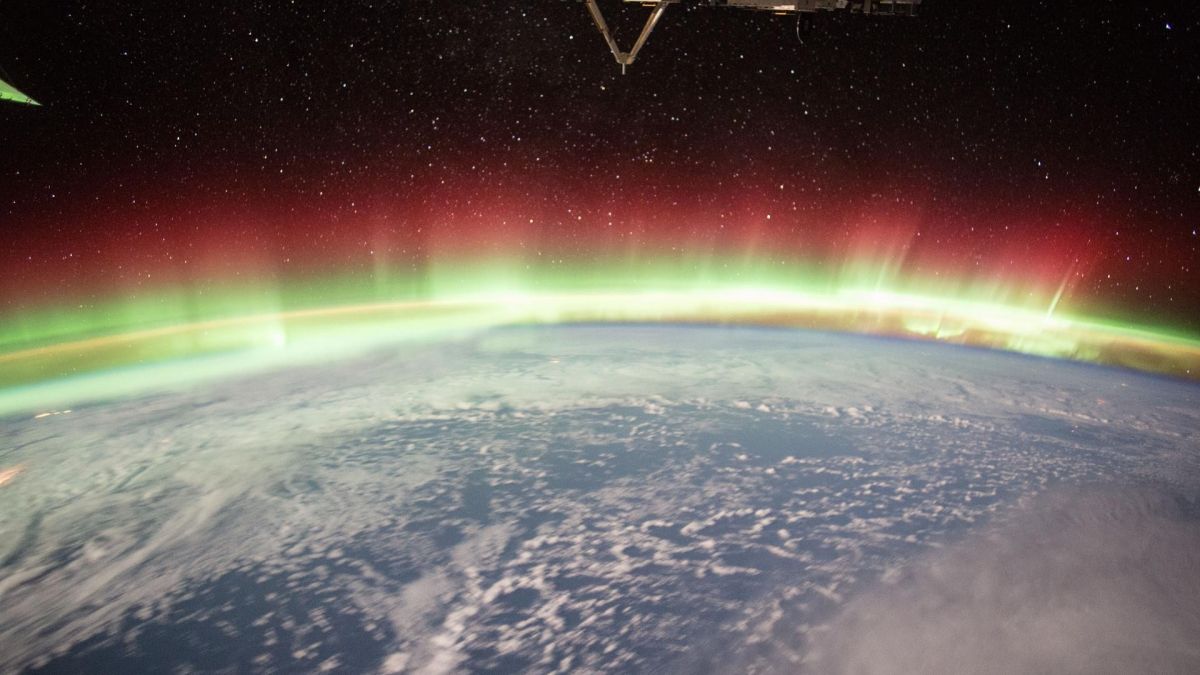 When a blast of solar energy slammed into Earth in June 2015, the resulting rain of particles tore a 250-mile-wide (400 kilometers) hole into the upper ozone layer, new research has found.

Fortunately, the ozone hole only appeared in Earth’s mesosphere — a high layer of the atmosphere that extends from about 31 to 53 miles (50 to 85 km) over Earth — and did not extend down to the much more important ozone layer in the stratosphere, which protects Earth from harmful ultraviolet (UV) radiation, the researchers found.

Still, the ozone depletion in the mesosphere was far greater than researchers previously thought possible — and future events like this could alter climate patterns in lower layers of the atmosphere, all the way down to Earth’s surface, the team wrote in their study.

In the new paper, published Oct. 11 in the journal Scientific Reports (opens in new tab), researchers analyzed a specific type of aurora known as an isolated proton aurora. Unlike the auroras that cause the famous northern lights and their southern counterparts, isolated proton auroras are far smaller and fainter, appearing as isolated spots of green light rather than great bands of color looping through the sky. These fainter auroras also occur at lower latitudes than the northern and southern lights, which appear above the North and South Poles, respectively.

Isolated proton auroras occur when the sun belches out a barrage of fast-moving particles, which zip through space, crash into Earth’s magnetosphere (the region around Earth dominated by the planet’s magnetic field) and surf into the lower levels of the atmosphere on magnetic field lines. In the mesosphere, these extraterrestrial particles charge up local gas molecules, creating potentially hazardous compounds called nitrogen oxides and hydrogen oxides, according to the researchers.

Scientists already knew that these aurora-generated oxides can eat away at ozone — a pale blue gas that occurs naturally in Earth’s atmosphere — but they’ve never understood to what extent. So, in the new study, a team of international researchers studied a single, isolated proton aurora that appeared over Earth on June 22, 2015. Using data from the International Space Station, plus various other satellite- and ground-based electromagnetic wave detectors, the team measured the number of charged particles over the aurora and the amount of ozone that was depleted beneath it.

The team found that, within an hour and a half of the aurora’s appearance, a hole almost as wide as the Grand Canyon is long had opened in the mesosphere’s ozone layer, directly under the aurora. This was a much greater amount of ozone destruction than the team had predicted in simulations — however, they added, the hole is expected to heal naturally and cause no long-term decline in ozone in the mesosphere.

Humans shouldn’t face any increased risk of UV damage from this hole, mainly because the aurora didn’t seem to affect the far more important ozone layer in Earth’s stratosphere (which sits around 9 to 18 miles, or 14.5 to 29 km, over Earth’s surface). This thin layer of gas is responsible for shielding the planet’s surface from most of the sun’s harmful UV light, and has been in decline for three years in a row due largely to human use of ozone-depleting chemicals. (Fortunately, long-term trends suggest that this critical ozone layer is becoming healthier).

But the finding is still significant, as ozone depletion in the mesosphere is thought to alter the climate in lower levels of the atmosphere in ways that scientists don’t totally understand. According to the study authors, this research should help clarify those trickle-down effects.