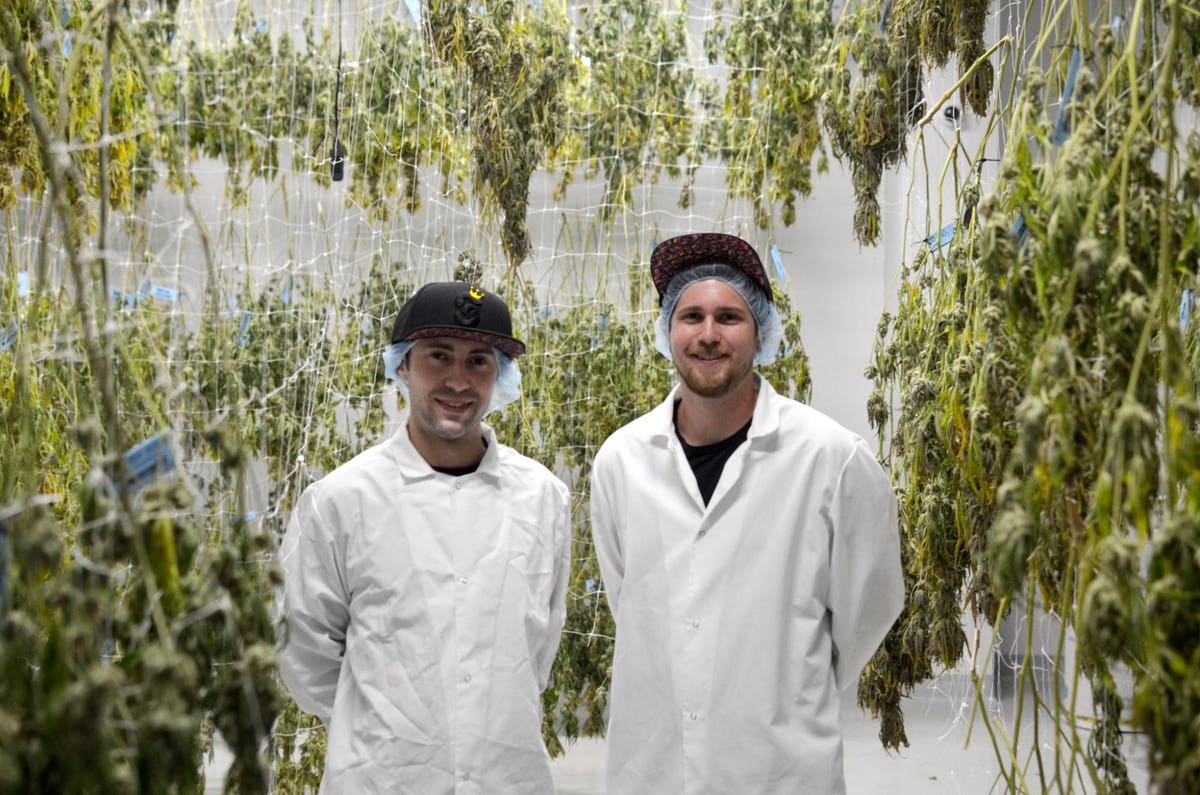 Living soil, aka soil as Mother Nature intended, is filled with helpful microorganisms. As it turns out, weed loves growing in it.

From worms to microscopic bacteria, this cannabis soil is teaming with life. It may be the reason Long Beach, California-based No Till Kings have dedicated their brand to preaching the gospel of Living Soil. Their spokesman? A humble worm.

Founded by Jake Taylor and Marco S., No Till Kings cultivates out of a 5,000-square-foot specialty indoor canopy. Hailing from San Diego originally, the duo met in 5th grade. They began growing in 2017 during the medical days of Proposition 215 and sacrificed everything to enter the legal market in 2020.

“We’re a really small company and we’re obsessed with weed,” says Jake, who began growing on the legacy market as early as high school. It was his co-founder and co-owner Marco who introduced Jake to the benefits of living soil. “It just gets better with time,” he says.

The soil begins with around 40,000 worms per room. Then, by adding positive bacteria to the environment, the roots, stems, and leaves of the previous cycle will be decomposed. In a matter of weeks, the soil is ready for the next harvest, undisturbed, and left to its own microbiome to break the old plant matter down. The finished product is cured for about 14 to 16 days and then dry-trimmed.

This living, breathing ecosystem helps the weed. Growing in living soil gifts the buds more terpenes than most indoor flower, hovering off the charts in terpene profiles. It’s similar to what’s been seen with outdoor, regenerative cannabis (which is also, of course, grown in living soil). But for indoor cultivators, living soil demands more of the growers. They get only 4 harvests per year, as opposed to 5 which is the norm for many indoor cultivators.

What does No Till mean, exactly? “It’s been a way of farming for thousands of years,” says Jake. “We’re just shedding light on it. Tilling is mechanically agitating, or ripping up, the soil. Strip tillage is destroying just the layer where you plant the seeds. Then ‘No Till’ means, everything is left undisturbed.”

The company practices what it preaches across the product timeline, using reclaimed ocean plastic for its lids, bamboo for grow supports. They use LED lights, which are more energy efficient than its HPS light counterparts, using 25% less energy.

“We’re trying to show that you can be a lot more sustainable indoors,” says Jake. “Of course, we use electricity, we do understand that. But we never throw away our soil, we have 12 cycles in some of these rooms. That means 12 rounds or generations of the same soil.”

“It creates a biologically diverse ecosystem,” says Marco. “As you can see, all of these little pieces of mulch are ground-up cannabis stock. The worms eat it and turn it back into castings. There are thousands of microorganisms, worms, fungi, protozoa, and bacteria. They blend in so well.”

This diverse ecosystem may have once been seen as an issue for cannabis cultivators, who aim to avoid pests. But the No Till Kings say it’s a non-issue. “We’ve had a fungus gnat issue in the past, all the traps are pretty clean right now. Instead of spraying with synthetic pesticides, we put in beneficial nematodes. They go after the fungus gnat larvae,” explains Marco.

In the flower beds, the No Till Kings leave all the leaves on top to simply decompose. The grow is immaculately clean, otherwise. It’s this very ecosystem that also offers benefits to the finished product. “You can taste the terps more, the high is a lot cleaner,” says Jake. “We’re doing everything we can to be as natural as possible. That’s what I want to smoke.”

Does the soil get richer over time? “It does,” says Marco. “The stock that we shred up and put onto the beds acts as food for our system. So the mulch is grown in the soil. It’s an ongoing cycle. We lab test our soil twice during the flower process, so we know what trace minerals to add. We never use any salt-based nutrients or synthetic pesticides. Everything is natural. We’re super proud of that.”

While the owners would love to begin R&D on their own genetics, that’s a future goal for the company. Now, they are focused on showcasing the beloved, classic, and most fire strains in the state. No Till Kings displays its unique take on genetics acquired from Seed Junky, Symbiotic Genetics, Jungle Boys, and more. “We pheno-hunted them from our seeds ourselves,” says Jake. “As far as creating our own strains, we’re so small we don’t have the room for it yet. That is something I do really believe, genetics are going to be the future of the game. Gelato 41 is an infamous cut. We do grow that. Those cuts aren’t going to be passed around like the old days anymore.”

Strains from the craft company that are popular with consumers: Jack the Ripper, Gelato 41, Mimosa, Cookies and Cream. The team loves their new Larry Strawberry, bred by the Jungle Boys, a mix of Strawberry Shortcake and Like Larry. They’re also known for masterfully growing the strain Jealousy from Seed Junky.

“We’re running White Widow now,” says Marco. “If we could get another White Widow on the market, that would be amazing. This pheno is super fruity and really nice. Everything we do we tend to try ourselves first, and this one really hit the mark.”

One of the brand’s constant show-stoppers is Gelato 41. “It’s a beautiful batch,” says Marco. “We’ve been dialing it more and more. It’s nature, it’s always different. It can still surprise you.”

Craft cannabis industry’s core is focusing on quality over quantity. Pushing the weed to produce more flower can even backfire, they say. It’s why small-batch-grown cannabis has its perks. “It’s all a balance,” says Jake. “If the yield isn’t dramatically changed, then the cannabinoid and terpene ratio should be about the same. But when you’re yielding a lot more, the terpenes can actually go down. The plant can’t produce the same ratio of cannabinoids and terpenes.”

No Till Kings is self-funded and its two founders have a 100% stake in ownership. Owning themselves was another hard-fought battle in the game of legal weed, where the biggest challenge is often gaining enough capital to open up doors. “We’re so thankful we can even do this in the legal market,” says Marco. “We know there are so many farmers out there who want to, would have liked to enter, but they couldn’t get the capital. Our hearts go out to them. It’s the waiting that sucks the most.”

It’s no secret that growing legal cannabis is in a contraction period in California. The No Till Kings have had to navigate endless regulatory hurdles to be standing today. “When we started cultivating legally here in 2020, it took 6-8 months to get our product on the shelf,” says Jake. “We’re really trying to focus on our own, uniquely grown strains. Even if someone else can grow Jealousy or Gelato 41, ours is going to come out fire. That’s why we do dabble in certain strains that are fire, that grow well. Good weed is a tough thing to grow.”