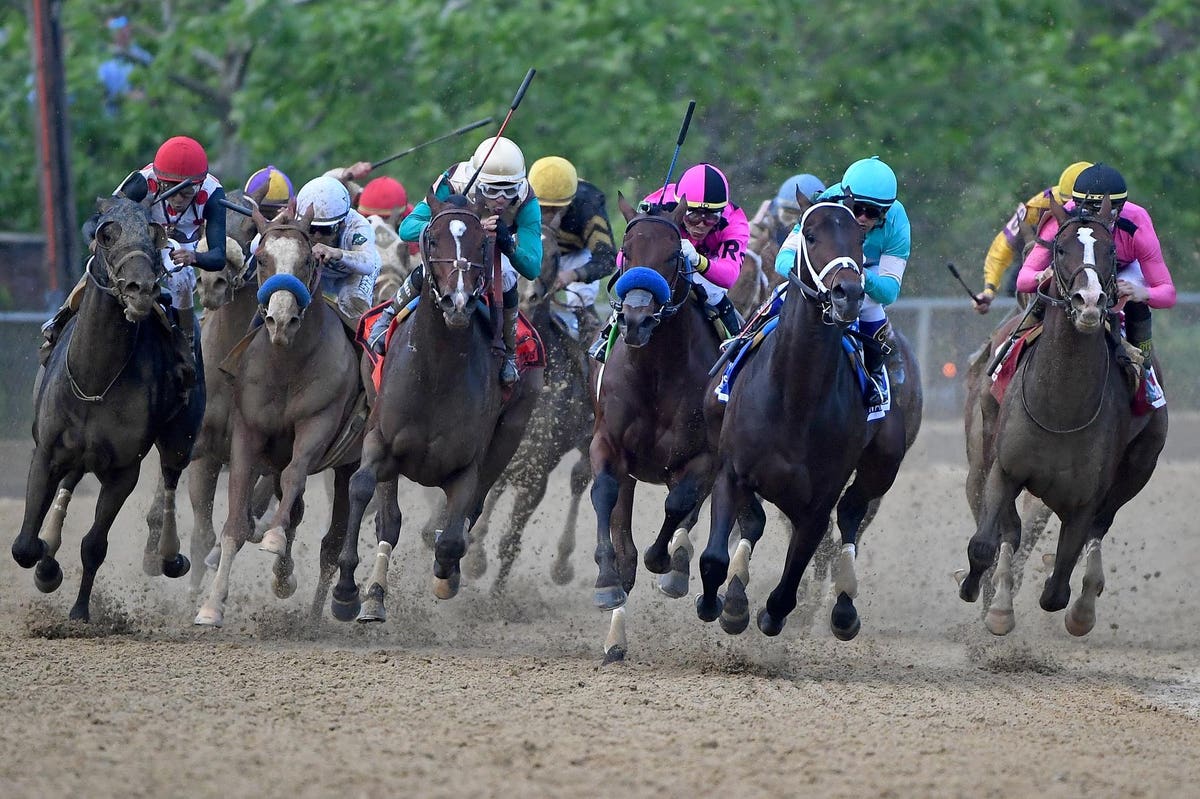 The post position draw and morning line odds are set for the $1.5 million Preakness Stakes. The 147th running of the 1 3/16 miles Preakness is Saturday, May 21 at Pimlico Race Course in Baltimore, MD. The Preakness is Race 13 with post time scheduled for 7:01 p.m. ET.

Fans can tune in on NBC or watch on the NBC Sports app. Check out the Preakness odds and stream the Preakness and other races from around the country on TVG – a leading wagering website & horse racing network

Preakness Stakes weekend is the sport’s biggest day in Maryland. Saturday’s 14 race card features eight stakes including four graded races plus the 1 1/8 mile Black-Eyed Susan Stakes for 3-year-old fillies on Friday ahead of the planned parties and festivities at Pimlico.

The most consistent and classy horse down the Road to the Kentucky Derby, Epicenter looked like a Kentucky Derby champion until longshot Rich Strike snuck through on the inside. He may well have run the best race in the Derby, though, sitting closer to an infernal pace, moving early, and holding off a good closer in Zandon to capture place honors. As a consistent, fast, and pace-versatile horse who has already won at 1 3/16 miles, he’s the deserving favorite in the Preakness.

Early Voting lacks the experience of many of his Preakness foes, with only three starts so far. He won his stakes debut wire-to-wire in the Withers, and then finished a very close second behind Mo Donegal in the Wood Memorial. Early speed and a super recent 5 furlong workout at Belmont has this son of the great Gun Runner getting early support to win.

“He hit the times just as I wanted and he galloped out super,” trainer Chad Brown said of Early Voting’s recent work.

This talented filly dominated the Arkansas spur of the Kentucky Oaks trail before running a credible third running wide and without her best effort against males in the Arkansas Derby. Put back against fillies for the Kentucky Oaks, she waited off a sharp pace, made a big move on the far turn, and cleared to win by two confident lengths over favored Nest. Trainer D. Wayne Lukas never shies away from a tough spot, and Secret Oath is a viable and very capable Preakness challenger who has muscled up, gotten stronger and should like the tighter turns at Pimlico.

An impressive and pace-versatile presence on the Florida spur of the Kentucky Derby trail, Simplification won the Fountain of Youth with a big move from off the pace, and then finished third pressing the pace in the Florida Derby. He ran a smart fourth in the Kentucky Derby after settling well off the pace. With the ability to run well on or near the pace as well, unlike some of the confirmed closers who are heading into the Preakness, Simplification has options for carving out a good trip no matter the complexion of the Preakness field.

Creative Minister makes his stakes debut off an impressive 1 1/16 mile Allowance win on the Kentucky Derby undercard two weeks ago. He showed exceptional speed, and this son of 2012 Preakness- placed Creative Cause and grandsire Tapit is rapidly improved after not racing as a 2-year-old.

“He’s a horse that fits the mold as potentially a top three-year-old”, says McPeek. “He’s jumped through some two-turn hoops now and we think it’s time to find out just how good he really is.”

Armagnac finished a very distant fourth in the Santa Anita Derby, and then won a 1 1/16 mile Allowance race May 8 at Churchill Downs. A quick turnaround and showing improved speed in his races.

Most recently third in the Wood Memorial behind runner-up Early Voting, that’s his best finish from three stakes races. Skippylolngstocking has won 2-of-9 starts and has to improve against and a host of tougher foes. However, his maiden and allowance wins do reveal pace versatility, and his sire is Exaggerator, who won the Preakness in 2016.

Happy Jack has finished third in a pair of graded stakes including a distant third in the Santa Anita Derby. He then finished 14th in the Kentucky Derby but will look to improve as his sire Oxbow did when winning the 2013 Preakness Stakes.

Fenwick is a son of the great Curlin, who won the 2007 Preakness. Fenwick finished last off 11 runners in the Blue Grass Stakes in April, and he’s not pulling a shocking upset like Rich Strike did in the Kentucky Derby.

While the field is not as strong as more recent editions, it’s worth noting that there have been five overlooked horses and longshots of greater than 10/1 odds win the Preakness in the last 11 running’s of the race including Rombauer last year at 11/1 odds.

While Epicenter will be a tough favorite to beat, Secret Oath should still be a popular pick at much better odds. The ladies will be partying if Secret Oath becomes the seventh filly to win the Preakness and give 86-year-old trainer D. Wayne Lucas his record-tying seventh Preakness triumph.