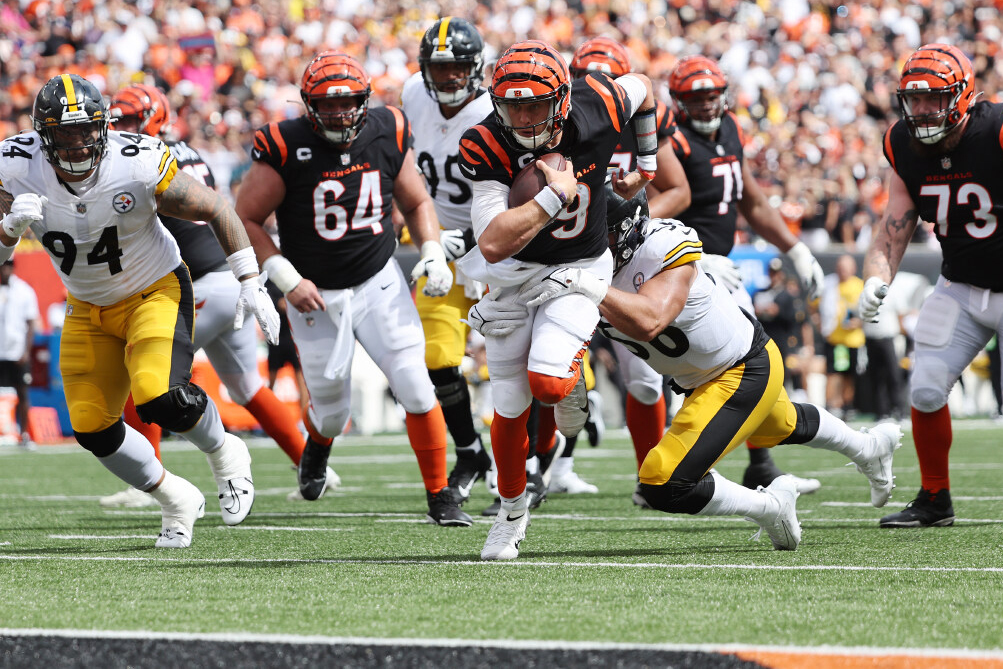 This is sure to be one of the biggest public plays of the week, but some bets are too obvious to ignore.

Last week, the Bengals suffered through five turnovers, multiple near-touchdown grabs, and a pair of special teams gaffes by their emergency long snapper … and they still almost won. We’ll get a much sharper performance from the reigning AFC champs against the Cowboys, who scored just three points in their season opener even before Dak Prescott (thumb) left late in the fourth quarter.

He won’t be back on Sunday, forcing career backup Cooper Rush into just his second-ever start. His supporting cast is far less talented (or healthy) than it was the first time around, which makes it easy to lay the points on a frustrated Cincinnati squad with something to prove.

I’m shocked that this total is still this high given the major issues facing both offenses — neither of which looked all that impressive to begin with in Week 1.

Betting on the NFL?

The Patriots were held to just seven points, their fewest in a season opener since 2003, and Mac Jones (back) is questionable for Week 2. Conversely, Steelers running back Najee Harris (foot) is battling a new injury after his team gained just 267 yards in a full 70 minutes. Neither of these offenses are talented enough to afford such setbacks, especially with an injured Jones and a shaky Mitch Trubisky leading the charge.