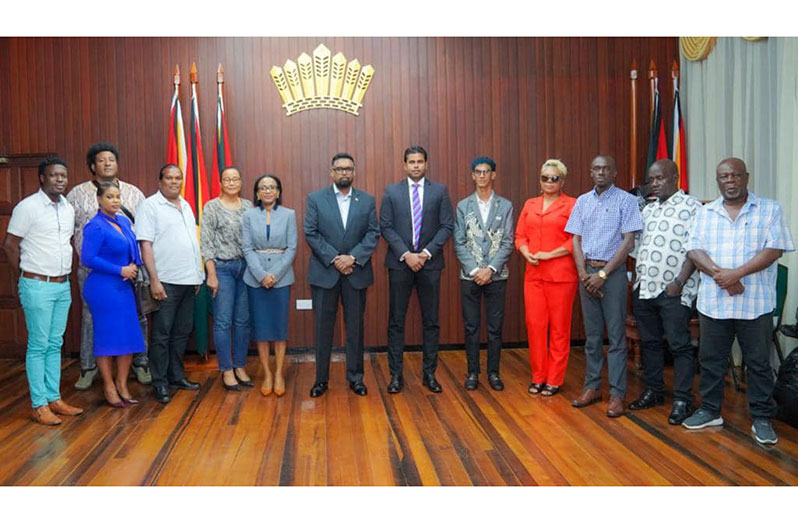 PRESIDENT, Dr Irfaan Ali, on Wednesday met with a group of local designers at the Office of the President on Shiv Chanderpaul Drive.

“Discussions surrounded a collaboration between the Government of Guyana and designers all across the country, including those from indigenous communities, on events such as Mashramani and Cricket Carnival,” a post on the president’s official Facebook page said.

It added that the President was praised by the designers for facilitating the meeting and for the many ideas he proffered.

The Minister of Tourism, Industry and Commerce, Oneidge Walrond; the Minister of Culture, Youth and Sport, Charles Ramson Jr, and the Director of Projects at the Office of the President, Marcia Nadir-Sharma, were also at the meeting.