After stepping off a plane in Bali ahead of the G20 summit that begins tomorrow, Albanese confirmed to reporters formal talks had been locked in between the two leaders.﻿

“﻿Tomorrow, I will be having a bilateral meeting with Chinese President Xi. That will take place tomorrow afternoon and I’m looking forward to that constructive meeting,” he said.

It will be the first formal bilateral meeting between an Australian prime minister and the Chinese president in six years and comes at a time when the relationship between the two countries is tattered.

Albanese said he would enter the conversation with Xi with “goodwill” and expected to push China to lift its trade sanctions imposed on Australian goods.

﻿”There are no preconditions on this discussion,” he said.

“﻿I’ve said since I became the prime minister, but before then as well, that dialogue is always a good thing.

“We need to talk in order to develop mutual understanding.”

Albanese was also asked whether he will pressure Xi to take more action on Russia’s invasion of Ukraine.

﻿”We have a very clear position and it’s a consistent position, that there is a need for Russia to withdraw from this aggressive action that is against international law and that is creating hardship, particularly of course in Ukraine, but is also damaging the international economy and damaging international food security,” Albanese said.

The las formal bilateral meeting between an Australian prime minister and the Chinese president was with Malcolm Turnbull﻿ in 2016, although former prime minister Scott Morrison had a brief informal discussion with Xi on the sidelines of the G20 summit in 2019.﻿

US President Joe Biden and Xi have also agreed to hold formal bilateral talks on the sidelines of the G20 in the wake of a dramatic decline in US-China relations.﻿

Biden is expected to raise concerns over China’s aggression towards Taiwan and its ties with Russia.

Albanese said he had a “very positive” chat with Li﻿, the second most powerful man in China.

“I’ve said repeatedly about the relationship with China, that we should cooperate where we can, and that dialogue is always a good thing. And last night’s dialogue was very positive.” 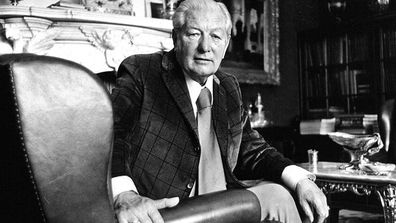