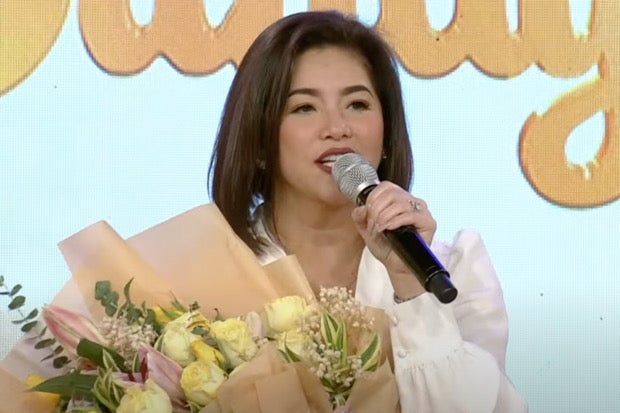 Asia’s Songbird, who already served as the show’s guest co-host last January, was welcomed by fellow hosts Jolina Magdangal and Melai Cantiveros, as seen in an episode of the show on ABS-CBN’s YouTube channel today, Aug. 8. The trio also sang the new version of “Magandang Buhay” theme song as their opening performance.

“Actually, kinakabahan ako. Pang-ilang beses ko na rito but for some reason, since I am officially going to be part of ‘Magandang Buhay’ today, I am so nervous,” Velasquez admitted.

(Actually, I am nervous. I have been here several times already but for some reason, since I am officially going to be part of “Magandang Buhay” today, I am so nervous.)

“I am very excited but I am just a little nervous. I don’t know why pero siguro kasi kasama ‘yon na syempre kapag naging host ka (but maybe because when you become a host), there’s a certain responsibility,” she added. “But I am happy, I am very, very happy to be part finally of ‘Magandang Buhay.’”

Velasquez also addressed Estrada and thanked her for her contribution to the show and her six-year stint as one of the hosts.

“[Karla] has become part of the show, so thank you very much and happy anniversary to you also,” Velasquez told Estrada.

Meanwhile, Estrada recently expressed her appreciation for Magdangal and Cantiveros, as well as the ABS-CBN bosses, stating that leaving the show was a heavy decision for her to make. JB