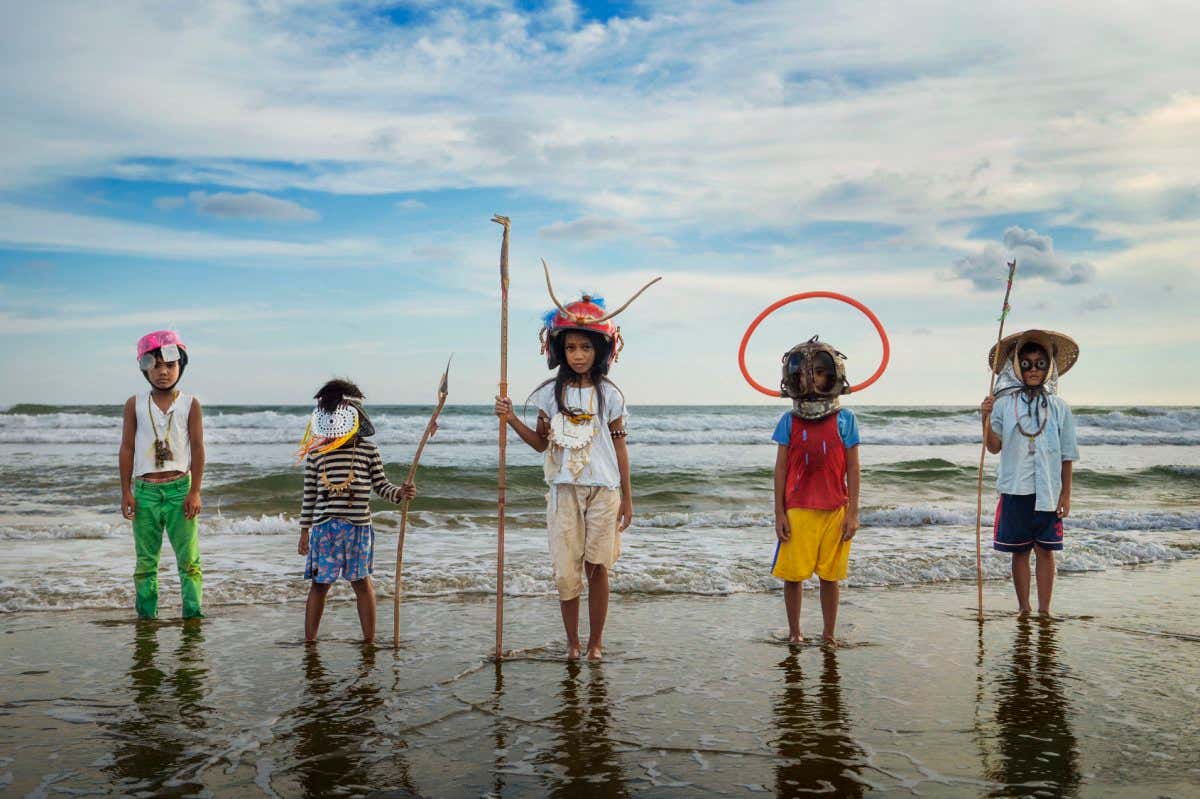 This nonetheless from The Boat People, a movie shot within the Philippines following 5 kids as they journey by sea, accumulating objects, is one in all many evocative artworks on show at Seattle Art Museum’s exhibition Our Blue Planet: Global visions of water

FROM its pure essence to its significance in tradition and society, water takes on rousing and ingenious varieties in these artworks from Our Blue Planet: Global visions of water, an exhibition on the Seattle Art Museum in Washington. The present explores one of many world’s most vital sources by way of greater than 80 creative interpretations.

At prime is a nonetheless from The Boat People by Tuan Andrew Nguyen. Shot within the Philippines, the movie follows 5 kids as they journey by sea, accumulating objects. Above is The Garden of Earthly Delights V, Raqib Shaw’s mixed-media depiction of mystical underwater creatures, impressed by Dutch painter Hieronymus Bosch.

Above exhibits: Nooksack, a sculpture by Claude Zervas constituted of wire and cold-cathode fluorescent lamps that mimics the type of the Nooksack river in Washington state; Mirage 24 by Adrienne Elise Tarver, a part of her watercolour sequence of nude ladies lounging and swimming in tropical environments; and under, Mask of Kumugwe’ (Chief of the Sea), an alder and red-cedar-bark masks made round 1880 by the Kwakwaka’wakw Indigenous peoples of the Pacific Northwest coast, whose tradition and traditions are centred on the pure surroundings.

Our Blue Planet is on show on the Seattle Art Museum till 30 May.