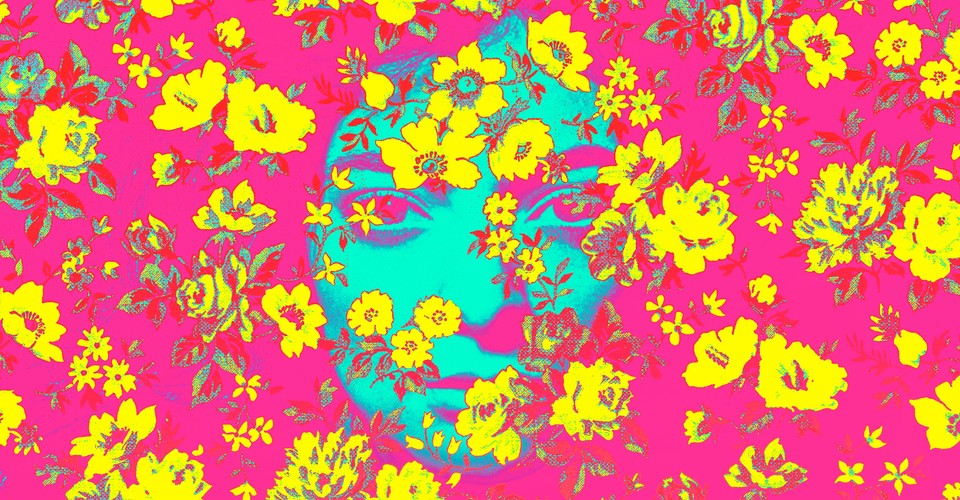 Ever since people started slinging around the word basic as an insult, delights as disparate as pumpkin-spice lattes, the music of Lizzo, and sunsets have gotten a bad rap. The diss refers to pleasure—simple pleasures, normal pleasures, things that everyone can enjoy. What makes you happy, the notion of “basic” says, can also make you boring.

Lorde has allegedly become basic. The New Zealand songwriter’s smash 2013 debut, Pure Heroine, issued a mascara-dolloped eye roll at “white teeth teens” who party to radio songs about Grey Goose instead of, say, cuddling to Broken Social Scene. But now, as a 24-year-old, Lorde is not out to prove herself ornery and special. Her June single, “Solar Power,” imitated the hits of George Michael and Sheryl Crow to endorse going to the beach. Its lyrics seemed apt for decorative rocks and plates with images of lobsters. Many fans expressed confusion at such peppiness. Some used the B-word.

Lorde’s wonderful third album, Solar Power, is too complex to be basic. But it does shrug off the baggage that has been placed upon Lorde, upon stardom, and upon happiness itself in the influencer age. Gone are the creepy keyboards and the image of a teen girl with hunched posture in black cloaks. Instead we find groovy Grateful Dead guitars, lyrics about loving your dog, and paparazzi shots of a woman proudly striding in a floral midi-dress. Lorde the musician, social critic, and diarist has never been sharper, thankfully. As Solar Power meditates on the tension between achievement and comfort, it grazes masterpiece status—the only thing holding it back may be Lorde’s disinterest in chasing accolades.

After her 2017 album, Melodrama, took in a heap of praise, Lorde decamped to her home island, signed out of social media, and spent a lot of time, it seems, chilling. The ambitions she once sang of—“I’m little, but I’m comin’ for the crown”—subsided. She recently told The New York Times that she sees album-release cycles as interruptions to her life, rather than the main events in it. This is a refreshing assertion in a workaholic culture, but somewhat unfortunately, Solar Power describes Lorde’s evolution with a lot of complaints about fame. As she mocks Los Angeles, thinks back on awards shows, and confesses stage fright, Lorde fits all too easily into a tiresome trend: pop stars making a living off of their burnout.

What sets Lorde apart, however, is sound. On the opener, “The Path,” flutes and insect noises draw the listener in to some misty glen as hypnotized-sounding singers describe a “teen millionaire having nightmares from the camera flash.” The song then brightens up, and Lorde delivers an affectionate slap to the listener: “If you’re looking for a savior, well that’s not me.” The irony is that as Lorde deflates the expectations that fans can have of their idols, she delivers a top-tier pop chorus. The ending few minutes of “The Path,” all sweetness and warmth, have lingered in my memory since I first heard them, like a hopeful secret or a great meal. They testify that music can fleetingly do the exact thing Lorde claims she can’t—“take your pain.”

Like a lot of the other recent pop albums produced by Jack Antonoff, Solar Power is a rock nostalgist’s dream. It emphasizes how psychedelia has evolved over the decades: A Laurel Canyon quaver, a progressive-metal melody, and a Zero 7 sound effect might all brighten a single song. Lorde’s writing and rasp keep the trip engaging, usually. She knows that pop music is about narrative—build and contrast, pauses and accelerations, repetition with evolution. Always, the vocal details knit together with the instrumental ones. When electronic drums briefly interrupt swirling folk on “Fallen Fruit,” it cinches the song’s execution to its concept: Lorde’s generation saying WTF? to Baby Boomers about climate change.

Yet while Lorde’s sonic palette is brighter than ever before, all-out glee is surprisingly scarce on Solar Power. Instead, the album achieves lump-in-the-throat wistfulness—even, or maybe especially, on the catchiest tracks. The brilliant “Secrets From a Girl (Who’s Seen It All)” first comes off as a slick tribute to late-’90s feel-good anthems (all hail Len’s “Steal My Sunshine”), yet the song breathes and expands like an ecosystem. With more than a minute to go in the run time, the mighty alt-pop singer Robyn joins to deliver what’s essentially a guided meditation. If that sounds hokey, well, yes. But as Antonoff casts pinkish guitar ripples in the background, a lighthearted driving jam becomes powerful cry bait.

Late in the album, listeners may feel whiplash when Lorde goes satirical. “Mood Ring,” the purest radio-ready sing-along of the bunch, sends up wellness culture—the crystals, the vitamins, the orientalism. But wait, isn’t Solar Power all about wellness? Is this a case of the sage bundle calling the jade roller fake? Really, Lorde is drawing a distinction between consumerism and authenticity. From a distance, her prescriptions for how to live a good life may sound hoary: Connect with nature, value your loved ones, slow down. But when you listen to her riff on these ideas with details specific to her own life on the album’s stunning closer, “Oceanic Feeling,” her advice just feels true. The final measure is especially epiphanic: Lorde, in her most consoling tone, envisions some future day when “it’s time / to take off my robes and step into the choir.”

Lorde’s prioritization of private pleasure over the duties of pop stardom helps explain the parts of Solar Power that don’t wow: a clutch of ballads written with such memoirist precision, and such disinterest in big catharsis, that they may exist more for her sake than the listener’s. Yet even the duller fare makes a point. Basic recently evolved into the new insult cheugy, which can refer to people who flaunt banality as if it were genius, and it is easy to imagine a version of Solar Power that merits the term by creating cringes rather than connection. But Lorde does not need her slogan on your mug. She just wants to drink deeply from hers, and for you to do the same from yours.