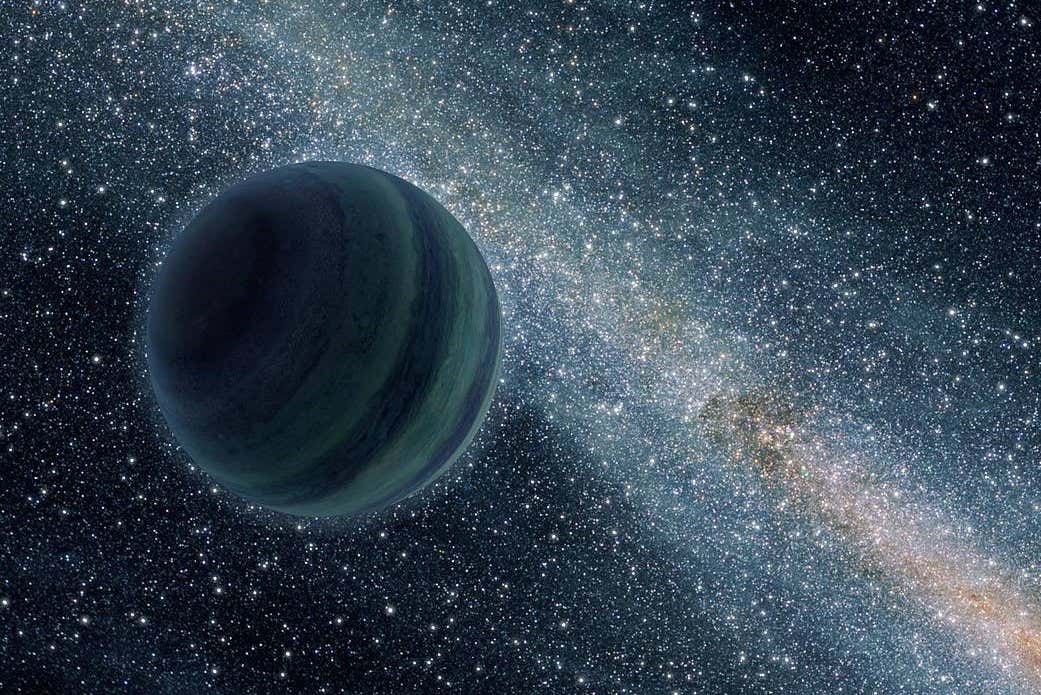 Worlds that hold onto their dense primordial atmospheres of hydrogen and helium may stay warm enough to maintain liquid water on their surfaces, even without starlight

Planets with strange, thick atmospheres may be able to host liquid water – and even life – on their surfaces. The temperate conditions that allow for liquid water may persist for billions of years, even if the planet is floating on its own through space instead of orbiting a star.

When planets begin to form around a young star, they accrete a primordial atmosphere made primarily of hydrogen and helium. Many planets eventually lose this atmosphere, as it is replaced with heavier gases like oxygen and nitrogen, just as the rocky worlds in our solar system did. However, it is possible that some planets larger than Earth could hold onto their primordial air.

This could be important because, at high enough pressures, hydrogen can behave like a greenhouse gas, absorbing heat and trapping it within the atmosphere instead of allowing it to radiate away to space. Christoph Mordasini at the University of Bern in Switzerland and his colleagues used thousands of simulations to investigate how long this effect could keep worlds that are a bit larger than Earth in the right temperature range for liquid water.

They found that, depending on the mass of the planet and the distance from its star, this hydrogen greenhouse effect could keep planets temperate for up to 8 billion years. This was true even on so-called rogue planets that had no star, because the thick atmospheres are expected to trap heat from the decay of radioactive elements underground.

“We don’t know whether the presence of water will lead to the emergence of life, but at least it seems possible that there could be life for a very long time,” says Mordasini. We know that there are some bacteria on Earth that can survive in similar conditions, surrounded by hydrogen and helium instead of nitrogen and oxygen.

Because these atmospheres would be so thick, with masses around 100 times higher than that of Earth’s atmosphere, the pressure on the surfaces of these worlds would be high and there would be few temperature variations. “On Earth, day and night give all these temperature differences, but these planets wouldn’t have that,” says Mordasini. “The view would be like a very foggy day, the temperature would be steady and life would be a little bit slow.”