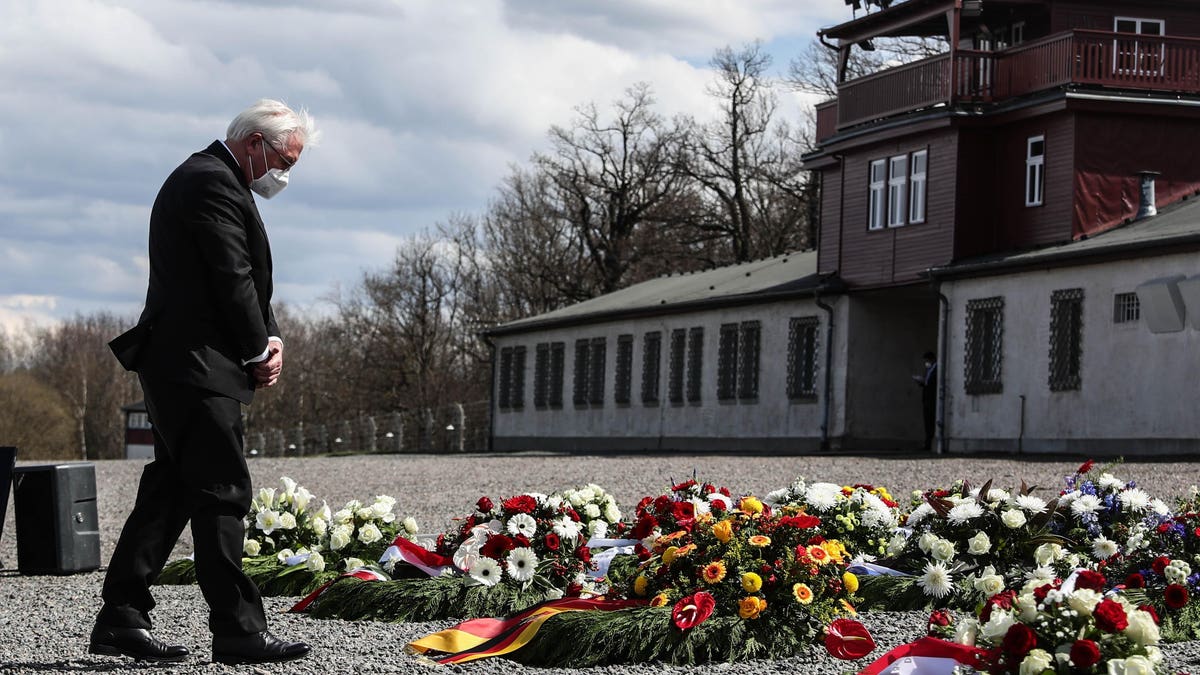 The Buchenwald and Mittelbau-Dora Memorials Foundation—which operates the museums and memorials for 2 former Nazi focus camps in Germany—mentioned Tuesday that officers from Russia and Belarus are “not welcome” at a ceremony subsequent month to mark the 77th anniversary of Buchenwald’s liberation because of the invasion of Ukraine.

Civil-sector representatives will lay wreaths for focus camp victims from Russia and Belarus in the course of the ceremony to recollect the liberation of Buchenwald on April 11, 1945, the memorial basis mentioned.

The governments of Russia and Belarus seem to “at least tolerate war crimes in Ukraine,” Foundation director Jens-Christian Wagner mentioned in an announcement Tuesday.

People from Russia and Belarus are nonetheless “very welcome” to attend the liberation ceremonies, the inspiration tweeted Tuesday, including that preserving the reminiscence of Holocaust victims from Russia, Belarus and Ukraine is central to the Buchenwald memorial’s mission.

Wagner highlighted the dying of 96-year-old Boris Romanchenko, a Holocaust survivor and energetic member of the inspiration who was killed in his condominium in Khariv, Ukraine, final week by Russian shelling. To invite Russian and Belarusian officers to the remembrance ceremony after Romanchenko’s dying could be “unbearable,” the inspiration mentioned on Twitter on Tuesday. The basis has obtained quite a few requests for assist from focus camp survivors in Ukraine since Russia invaded in February, Wagner mentioned, and is working alongside greater than two dozen different German remembrance teams to supply them assist (the group estimates there are about 42,000 survivors of Nazi crimes residing in Ukraine).

Of the roughly 280,000 individuals who have been imprisoned within the Buchenwald focus camp in the course of the Nazi period, greater than 56,000 folks died, in response to the memorial basis, which famous solely round 20,000 prisoners have been there for its liberation by the U.S. Army. Buchenwald’s dying complete can solely be estimated as a result of a big share of the camp’s prisoners weren’t registered by officers, in response to the Holocaust Encyclopedia, a web based information printed by the United States Holocaust Memorial Museum. U.S. President Barack Obama visited the Buchenwald memorial in June 2009.