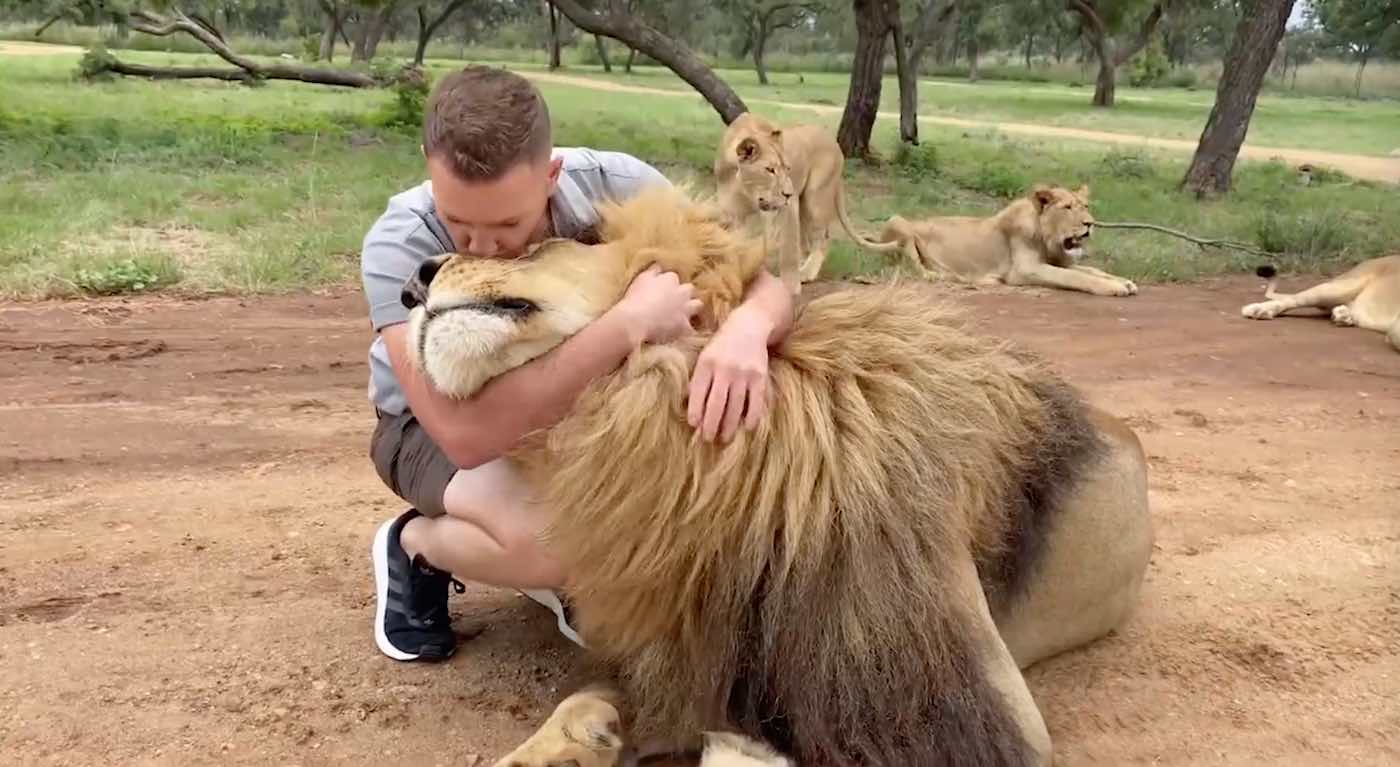 Meet the South African animal expert who has been best friends with a 550-pound lion named George for over ten years.

The pair first met when George was born at the Lion and Safari Park in Gauteng, South Africa, where Shandor Larenty works as the head of animal husbandry.

Since then, Shandor has groomed the big cat and played with him every day—and the pair can often be seen cuddling together in an extraordinary way.

The 10-year-old lion has developed from a tiny cub to the head of his own pride, but he always makes time for Shandor.

And George chooses to spend time with Shandor as much as the other way around.

“George is similar to me in the sense that while he’s social, he also likes to be alone a lot. It’s amazing to see that when I arrive he’ll leave the rest of the pride and walk over.

Shandor says that lions have good days and bad days just like us. “If I go in there and he doesn’t come running up, then I know it’s not going to happen.”

George loves to be pampered and Shandor massages, brushes his hair, and plays with him at least once a day.

“He absolutely loves the fly repellent we make for him. He rolls around like a little kitten, and it’s his favorite time to get a massage, or a foot rub—he loves it.” (Watch the video below…)

George once saved him from an attack

“I always say, at the end of the day, their natural instinct kicks in, so if one lion has a go at you, the others join in.

One time Shandor was with George’s son, who’s part of the pride.

“Lions have two growls. On that day the growl was really not happy, and he just walked up to me and growled like that—and out of the blue he came running at me.

“From the left hand side came George’s lioness who grabbed him and from the right hand side George came running and knocked me to the side and grabbed (his offspring).

“It gave me time to get away.”

RELATED: Give Your Feline Some Catnip – Getting Hooked on it Has Benefits

Most of the time there is only benefit for the young lion whisperer.

“I can think of times in my life where I was really struggling and the animals really helped me.”

These days, Shandor and George have become TikTok sensations and their videos regularly receive hundreds of thousand of views.

LOOK: Kefir the Maine Coon Cat is So Big People Mistake Him For a Dog