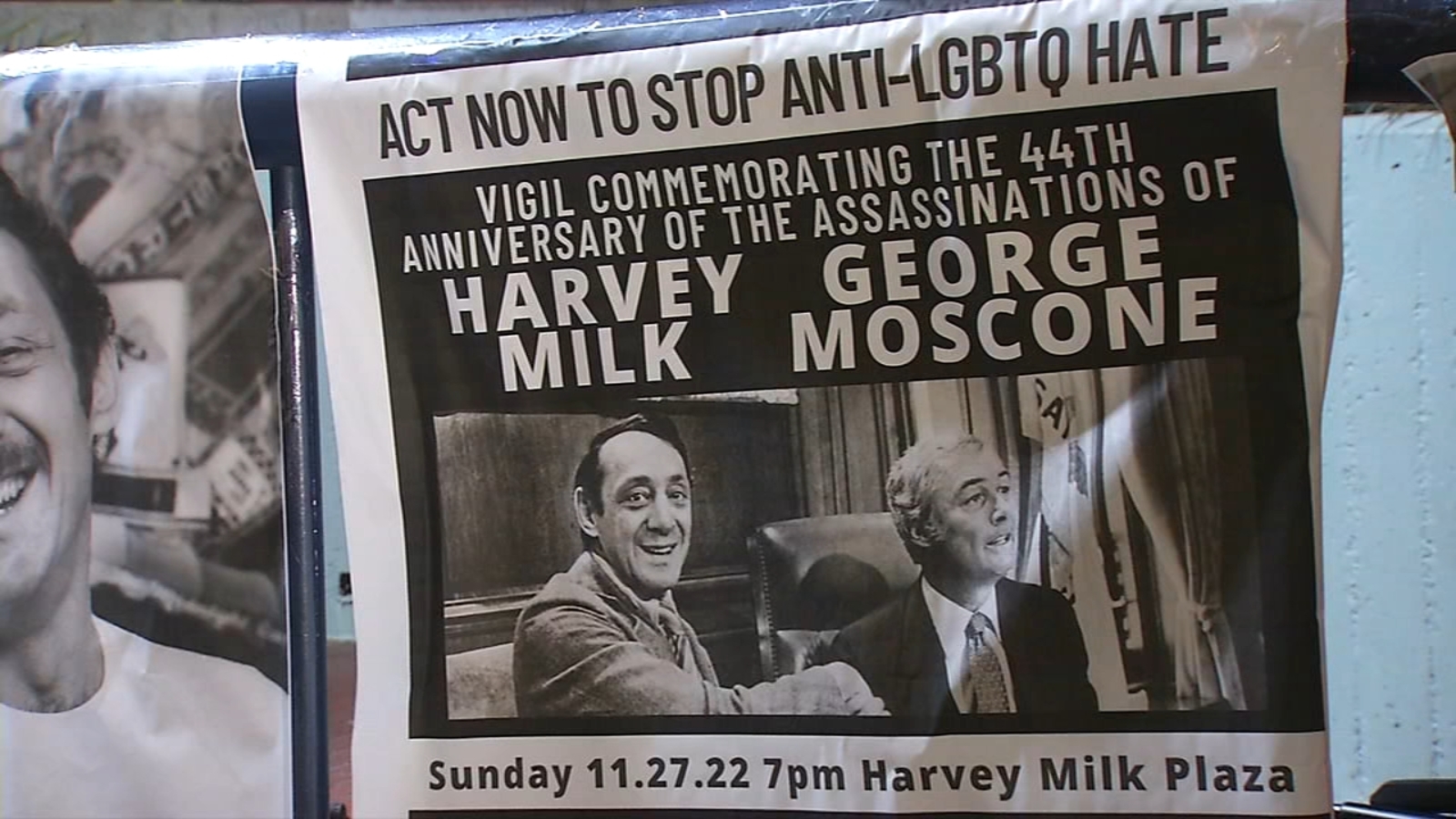 “It was like chaos, people were running around. I mean even the guards didn’t realize there had been two murders,” said Carol Ruth Silver is former San Francisco Supervisor, who served alongside Milk and narrowly escaped the same fate. “I was at a breakfast and I had agreed to an extra half cup of coffee just so someone could tell me something. so it was really an amazing escape.”

Last Sunday night, a similar scene played out at Harvey Milk Plaza. The community mourned in wake of the deadly shooting at Club Q in Colorado Springs.

“What’s going on right now It’s like too much hate against the gay community and what happened at Club Q. I’m here also to keep the fight for Harvey Milk and what he stands for,” said Jim Martinez, a San Francisco resident.

“Harvey started such a beautiful quality community here and I want to make sure that keeps thriving,” added Troy Brunet, also in attendance.

Top of mind was also the increasing amount of hate speech being leveled at LGBTQ+ politicians.

“This week our State Senator Scott Wiener was targeted with false grooming attacks with literally hundreds of messages pouring on social media,” said Jefffrey Kwong, vice president of the Harvey Milk LGBTQ Democratic Club. “To have social media companies right in our backyard — Instagram, Meta Facebook — that allow this unmoderated content to go on, it leads to discrimination against our most vulnerable.”

“We are urging our state, local and national leaders to join us in solidarity with the LGBTQ community to make sure that we stop violence targeting us,” Kwong added.