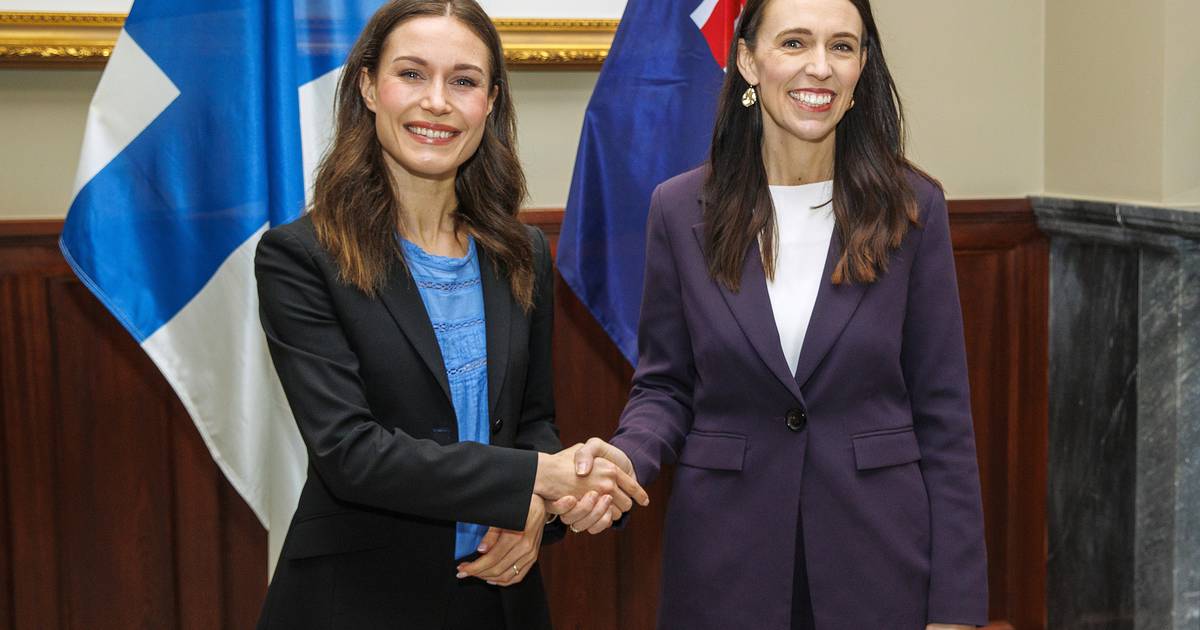 Jacinda Ardern and Sanna Marin have shut down a reporter after they asked if the first visit of a Finnish prime minister to New Zealand was based on gender.

The prime ministers of Finland and New Zealand have taken a swipe at suggestions that their first face-to-face meeting in New Zealand happened because they are young women leaders.

“We’re meeting because we are prime ministers,” Finland’s Sanna Marin said at a joint press conference at Government House in Auckland on Wednesday morning after a journalist suggested some people may have thought they were meeting because they share a similar demographic.

“A lot of people will be wondering are you two meeting just because, you know, you’re similar in age and, you know, you’ve got a lot of, you know, common stuff there, you know, when you got into politics and stuff, or can Kiwis actually expect to see more deals between our two countries down the line?” asks Joey Dwyer of the radio station NewstalkZB.

Responding to the suggestion, Ardern said, “I wonder whether or not anyone ever asked Barack Obama and John Key” – the former New Zealand PM – “if they met because they were of similar age. We, of course, have a higher proportion of men in politics – it’s reality. Because two women meet, it is not simply because of their gender,” Ardern said.

She added that the two of them were focused on the responsibility they, as leaders, had to women in countries who are facing “dire circumstances, where we are seeing the most basic of human rights being repressed and violated”. Ardern cited Iran as a “good example” of those dire circumstances.

Marin said they wanted to stand together over equality “to make sure every woman and girl all across the world will have the same rights and the same opportunities as men”.

Marin is in New Zealand for her first official tour, marking the first visit to the country by a Finnish prime minister. Ardern said: “Our countries are aligned on incredibly important issues – we share a strong commitment to democratic values as the basis for open, tolerant, resilient, equal societies, and to multilateralism and a rules-based order that has underpinned global peace and prosperity since 1945.”

That rules-based order is under pressure globally, with Russia’s invasion of Ukraine, Ardern said. “The conflict though, I am aware, is literally on Finland’s doorstep,” Ardern said, “and I appreciated the prime minister’s insightful perspectives on the war, and of course, the enduring impact it may have on Europe and global security.”

Marin said it had been her “special request” to visit New Zealand and she hoped her visit would bring the countries’ “already excellent relations to the next level”. – Guardian