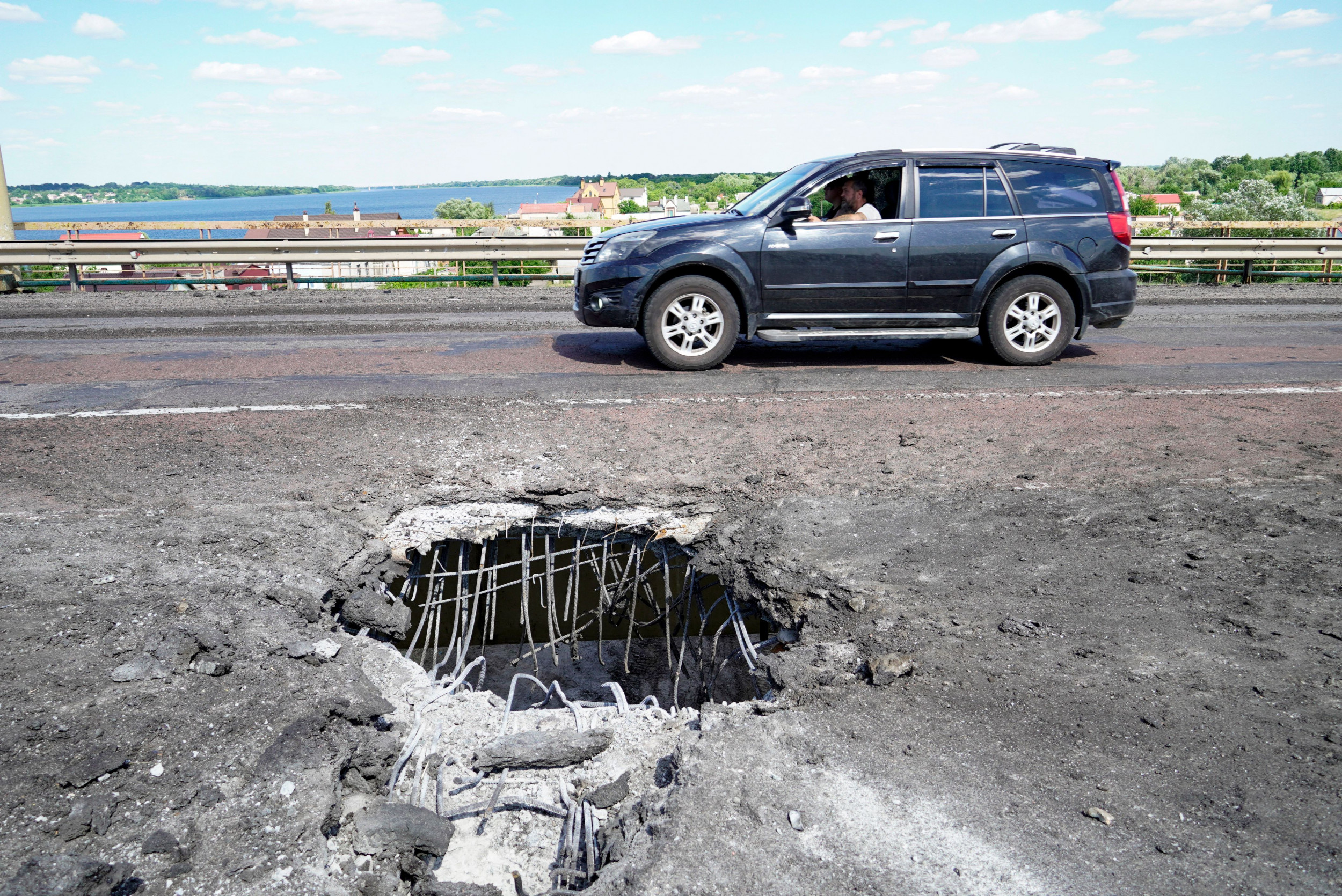 A satellite image has emerged which appears to show damage to a key bridge used by Russian troops during its invasion of Ukraine.

The Antonovsky Bridge, which crosses the vast Dnipro river and is one of the only ways to travel into the southern Ukrainian territory in Kherson, was reportedly hit with missiles from the U.S-supplied HIMARS (High Mobility Artillery Rocket Systems) on Friday, August 26.

The bridge serves as a crucial route to supply Russian troops stationed in Kherson, as well as transport military equipment and artillery into the conflict zones

The Flash Twitter account, which frequently posts images and videos detailing the war between Russia and Ukraine, shared an image appearing to show the damage caused to the bridge following Friday’s attack.

The image, which has been widely shared on Twitter, appears to have come from the commercial satellite imagery company Planet.

Newsweek has not been able to verify the image.

Kherson became the first major Ukraine city to be overtaken by Russia amid the invasion, and since then the Antonovsky Bridge has come under repeated attack by Ukraine since July 19.

Officials said that the Antonovsky Bridge, as well as the Kakhovka Bridge, were targeted in missile attacks on Wednesday August 24, which coincided with Ukraine’s Independence Day.

“There was an attempt to shell, a couple of holes were added, but the bridge was intact, the air defense worked. HIMARS again,” Stremousov told the TASS news agency.

The crucial Antonovsky bridge was also reported to have been targeted in a missile strike in late July, along with two other bridges connecting Kherson.

The U.K.’s Ministry of Defence said that the July 27 attack from Ukraine likely left the Antonovsky bridge “unusable.” The MoD said Kherson would be “virtually cut off” from the other occupied territories, and that losing control of the city would “severely undermine Russia’s attempts to paint the occupation as a success.”

In an August 23 update, the MoD said that Russia has started relying on ferry crossings to reach Kherson and have also begun building a “substantial floating bridge” to replace the damaged or destroyed bridges into the city. The MoD said any new bridge would be be “vulnerable” to military action from Ukraine.

Newsweek has contacted the Russian and Ukraine Ministry of Defenses for comment.