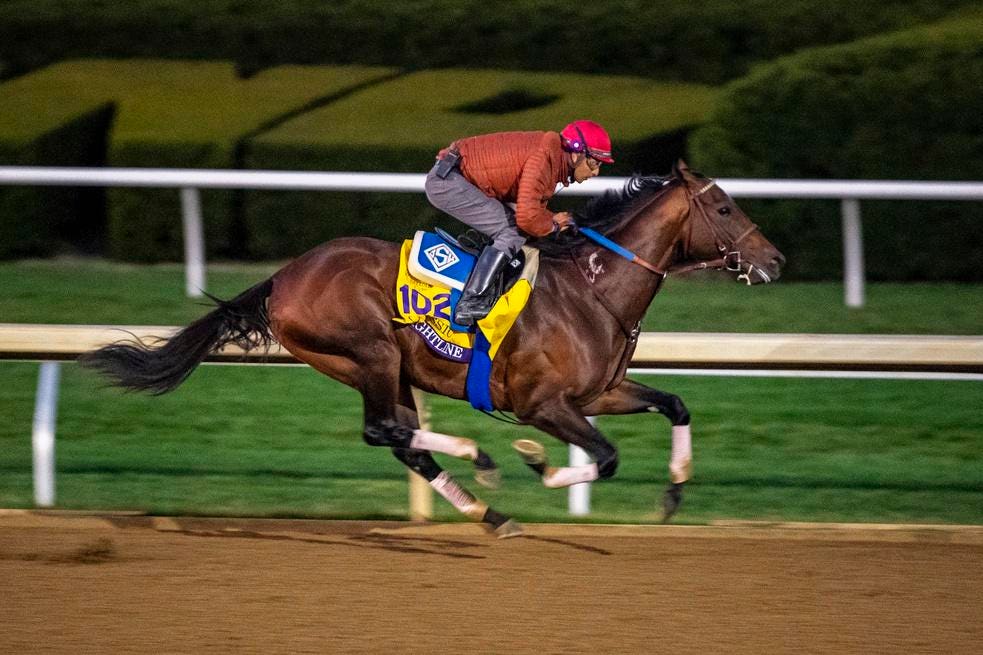 In advance of its running later this afternoon at Keeneland, the 2022 $6-million Breeders’ Cup Classic hasn’t been dissected quite like any other big stakes in the last few decades. That can be chalked up to what we can call the Flightline Effect. There will be the race that Flightline will run, and then, somewhere in the racing hivemind five-to-twenty lengths behind that cometlike run, the race between the other contenders will take place.

We have this picture courtesy of Flightline’s last few performances, chief among them his 19-length romp in early September’s Pacific Classic, courtesy of his silky running style that seems to allow him not to have to touch the ground much, and not least, because of John Sadler’s disciplined Zen-master guidance of this spirited stallion in training. Needless to say, Flightline has been rock steady in his works, drawing crowds to his early-morning works. He’s a rock star. People just want to get close to that sort of wattage.

As expressed even in the crude numerical terms of the morning line, the likelihood of two more or less completely separated races being run is better than good — with Flightline well low in the odds and his rivals much further back and much higher. It’s the kind of race where we have to keep reminding ourselves that it remains one race. That does present players with some more than slightly but nevertheless entertainingly contorted options to try to reconcile Flightline on their tickets. Not dealing with him is not much of an option.

But before we get into how the rest of the talented pack will try to bring him down from that pedestal, and what we think will happen as they do, here’s a refresher on the odds.