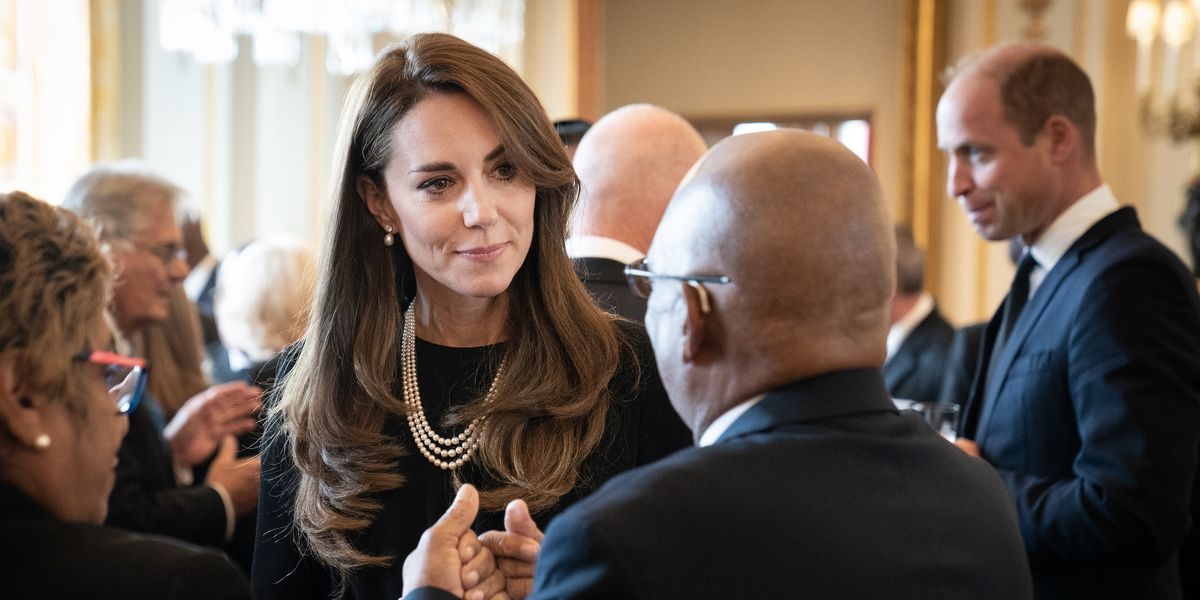 The Princess of Wales joined King Charles, Queen Consort Camilla, and Prince William at Buckingham Palace Saturday afternoon, where they hosted a lunch reception for the leaders of Commonwealth nations. For the occasion, Kate wore the late monarch’s three-strand necklace, with the palace confirming that the piece was the queen’s much-beloved pearls.

The princess’ all-black mourning ensemble for the event was comprised of a long-sleeved, midi-length dress which was gathered at the waist with a built-in belt, which she paired with opaque tights and heels. In addition to the necklace, she accessorized the look with a pair of diamond-and-pearl earrings previously belonging to the queen, a three-row pearl. bracelet, and her sapphire-and-diamond engagement ring, which once belonged to Princess Diana.

Queen Elizabeth was rarely seen without the elegant necklace, with the Queen’s former assistant private secretary, Sam Cohen, telling People that the late monarch preferred simplicity with her day-to-day jewelry. “She wasn’t interested in material things at all. She wore the same pearl necklace every day,” Cohen told the outlet.

Princess Kate has honored the late monarch through her jewelry choices throughout this week. The Buckingham reception marks the fourth time that Kate wore the queen’s classic diamond-and-pearl drop earrings. She previously wore them during a Thursday visit to Sandringham, as well as a Friday meeting with troops from the Commonwealth who are set to take part in the Queen Elizabeth’s funeral tomorrow.