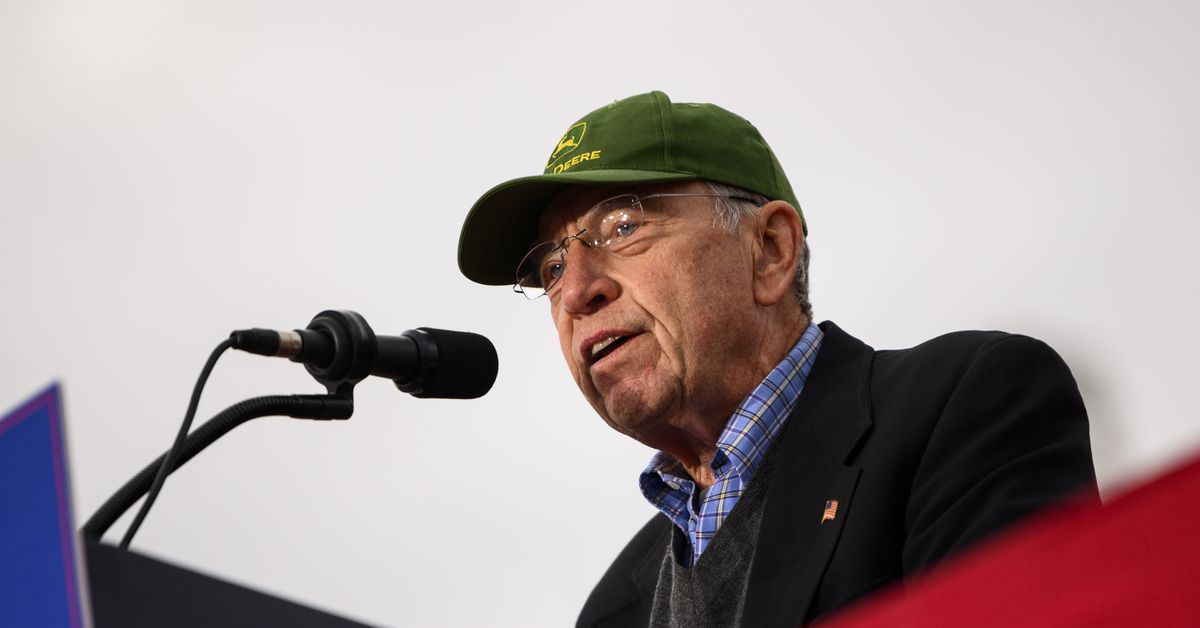 Every cycle, there are the obvious Senate races that could decide the majority. In this year’s midterms, Georgia, Pennsylvania, and Nevada are the closely watched contests that fall into this category. Beyond these, however, there are a couple of states where unique dynamics have made the races more competitive — and interesting — than previously expected.

In Iowa, Utah, and Washington, Senate contests are still likely to favor the incumbents, who retain major partisan advantages. But polling in these places has been tighter than anticipated as challengers have launched surprisingly strong campaigns.

Across each of these races, the states’ political leanings and the sitting candidates’ advantages make it an uphill battle for those who are looking to unseat them. Still, the closeness of recent surveys has been surprising, leaving the door open for potential upsets.

“Every cycle, especially in the Senate, there’s a who-da-thunk-it race. I think any of those races may be options for that who-da-thunk it race,” says J. Miles Coleman, an elections expert at Sabato’s Crystal Ball at the University of Virginia.

In Iowa, Sen. Chuck Grassley (R) is facing one of the most competitive reelection races of his career against retired Navy admiral Mike Franken (D). Grassley, 89, would become one of the oldest lawmakers to ever serve in Congress if he wins. Franken has argued that he’d provide a more independent — and fresh — alternative.

A fixture in the Senate who is seeking his eighth term, Grassley has easily won most of his previous races, though his margins could be much tighter this time around. According to the FiveThirtyEight polling average, Grassley is ahead of Franken by roughly seven percentage points. In 2016, he beat his Democratic competitor by more than 20.

“It says to me that Franken is running a competent campaign and has a shot to defeat the seemingly invincible Chuck Grassley,” pollster J. Ann Selzer told the Des Moines Register in October after a survey she fielded for the publication showed the two candidates within three percentage points of one another among likely voters.

Grassley’s candidacy has been weakened in 2022 by a couple of factors including higher disapproval ratings, driven by his alignment with Trump, and scrutiny of his age, which 60 percent of voters viewed as a concern in the Des Moines Register poll.

“I think there are some Iowans who think he’s just too old for the job and unsure he’s going to be effective at doing the job for the next six years,” says Iowa State political scientist Dave Peterson. Grassley has defended himself by pointing to his packed work schedule, as well as the seniority he’s achieved in the Senate, which Republicans argue gives the state more clout.

Franken, meanwhile, has argued that politics has become too contentious, calling out Grassley’s partisanship and framing himself as an independent option that puts “country over party.” He’s also emphasized his support of abortion rights and defense of programs like Social Security. Franken faced scrutiny for allegations that he kissed a former staffer without consent this past March, which he has denied.

National Democrats have balked at investing in this race after putting significant resources toward the 2020 Senate election and multiple House races, only to lose. As such, Franken’s bid remains a longshot, though he’s made more inroads than Democrats initially anticipated.

Sen. Mike Lee (R) is staring down a robust challenge from a candidate he once voted for himself.

Lee opposed Trump in the 2016 election, instead supporting the independent candidate and former CIA officer Evan McMullin. Six years later, McMullin, a former Republican, is now running for Lee’s seat as an independent, positioning himself as the anti-Trump option once again.

“It’s a Republican state, but it’s not necessarily a pro-Trump state,” says Coleman about Utah.

Lee eventually allied himself with Trump, and he has picked up flack for his support of the former president’s attempts to challenge the results of the 2020 election. While Lee did not vote to contest the electoral outcomes like some of his other Senate colleagues, text messages with former White House chief of staff Mark Meadows revealed that he’d supported other legal schemes to challenge the results. McMullin has seized on Lee’s actions as part of his campaign, arguing that this election serves as “ground zero for the defense of American democracy.”

McMullin is aiming to rally support from moderate Republicans and Democrats — neither are running their own candidate in the race. Sen. Mitt Romney has also opted not to endorse in the election, a move that could potentially help McMullin win some of his supporters.

Lee has argued that McMullin’s stances are unclear and that he’s a Democrat camouflaged as an independent. Lee also maintains a strong edge in the state, where a majority of voters still backed Trump in 2020, and where the FiveThirtyEight polling average has him leading by about ten points. He has acknowledged the success of McMullin’s run, though, noting recently that “it’s close.”

Sen. Patty Murray (D) is another DC veteran whose race has gotten a surprising amount of attention despite playing out in a deep blue state.

Murray, a five-term incumbent, is running against Tiffany Smiley (R), a veterans affairs advocate and strong fundraiser who claims Murray is not in touch with her constituents in the same way she was when she first ran. Smiley has put the focus on both inflation and upticks in crime during the pandemic, arguing that Democrats are responsible for both.

“If there is an anti-incumbent, anti-establishment type situation, that could be fueling it for Smiley,” says Jessica Taylor, a Senate elections expert at Cook Political Report.

Murray, for her part, has pointed to her support for the Inflation Reduction Act, which would reduce prescription drug costs, and to her defense of abortion rights, which Smiley has taken a vaguer position on. Smiley has said she wouldn’t support a national ban or a national vote codifying Roe into law.

While Murray had a strong performance against Smiley in the state’s top-two primary earlier this year, winning 52 percent to her opponent’s 34 percent, polls have been closer in the weeks since, prompting Democrats to pump more money into the race. FiveThirtyEight’s polling average has Murray up by just six points, a sign that Smiley’s campaign has gained momentum and could be benefiting from a national boost in Republican energy. Unlike the other two incumbents, Murray’s party is losing rather than gaining momentum with voters as election day approaches, making Republicans more bullish on Smiley as Election Day approaches.

Political experts, however, note that Smiley would still have major ground to make up given the significant Democratic lean of the state and are skeptical she’d be able to fully cover it.

Because of this, Murray remains the favorite, though she’s warned Democrats not to get complacent. “We are a Democratic state if people vote,” she said at a recent event, according to a New York Times report.