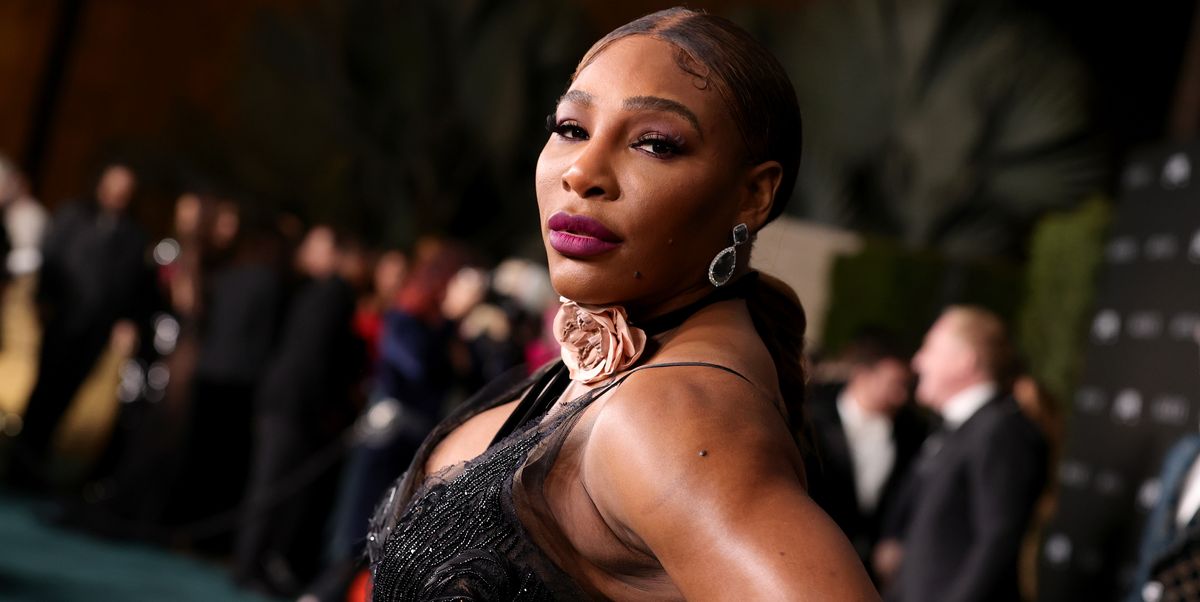 Serena Williams was at Art Basel Miami over the weekend—and she’s got the stunning evidence to prove it. The 40-year-old tennis GOAT just dropped a photo of herself posing at an event—and she’s working a crop top that shows off her totally tight abs. And I gotta say, she looks like she’s having the grandest time.

“It was a vibe @audemarspiguet,” she wrote in the caption.

People were all over it in the comments. “Wow you’re such a stunning goddess Serena 😍🙌❤️,” one person wrote. “😮😮AMAZING,” another said. “Shutting down the internet ❤️🔥,” chimed an admirer.

Of course, Serena works hard for that body—both on and off the court.

Last year, she dropped video on Instagram of what she calls her “warmup” alongside her sister, fellow tennis legend Venus Williams. Serena had a little caveat, though: “It’s a little intense, so be safe.”

In the workout, Serena and Venus went through a series of yoga-inspired moves like hip-opening exercises, arm stretches, and leg stretches. “You should feel this as a workout, not necessarily a warmup, but this is a warmup,” Serena said. And, at the end, Serena hilariously told her sister that she was “going to go do some cardio.”

Serena doesn’t just log hours on the tennis court and breeze through yoga workouts like it’s NBD—she eats well, too. “My philosophy is eat to live. Don’t live to eat,” she previously told Women’s Health. “I want to have a healthy lifestyle and, so you know, [I’m eating] a lot of greens and mostly plant-based lately, just super healthy stuff.”

While Serena isn’t big on breakfast (“I just forget,” she says), she’ll usually have some kind of greens and plant-based protein for lunch, like a bean burger or a gluten-free bean burrito. Dinner usually depends on whatever her family is feeling, but Serena says they’re all fans of Taco Tuesdays.

When she has a big match coming up, Serena has a go-to meal: “I usually like to have lots of greens before my match and then fruit actually, and a little carbs and some sort of a protein,” she said.

Now, where can I get that top?