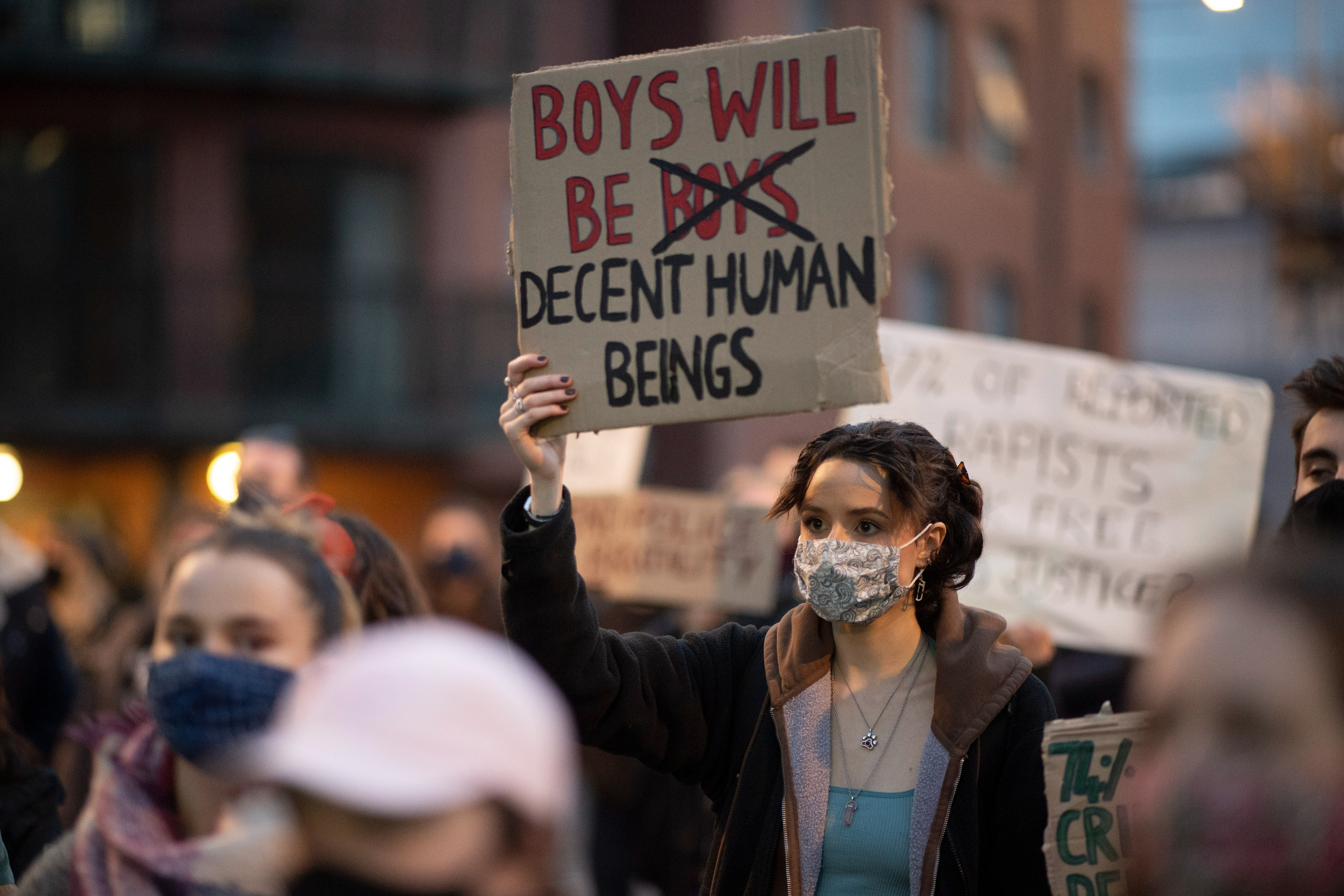 A serving UK police officer could face an investigation for selling merchandise featuring jokes about rape and pornography, i can reveal.

A website run by an officer in the South Wales Police, who i has chosen not to name, currently sells police-related products featuring slogans such as “feel safe at night — sleep with a cop,” and a joke about rape alongside a cartoon of a woman in underwear.

The report by His Majesty’s Inspectorate of Constabulary, Fire and Rescue Services (HMICFRS), commissioned following the murder of Sarah Everard, said there was a culture of “misogyny, sexism and predatory behaviour” in police forces.

It said that hundreds of police officers who should have failed vetting checks may still be in their jobs in England and Wales because recruitment staff were allowing the “wrong people” to slip through the net.

The report urged police forces to carry out extra checks on officers’ internet use as part of vetting enquiries, noting that many were admitted to the force despite evidence of them using “potentially discriminatory, inflammatory, or extremist” language on the web.

According to the College of Policing’s code of ethics, police officers in England and Wales are allowed to pursue their own business interests “as long as those interests are authorised and there is no conflict with an individual’s police work and responsibilities.”

South Wales Police said they were investigating the website run by a member of their force. A spokesperson said: “South Wales Police has been made aware of concerns regarding the content of a website and associated social media accounts.

“The matter is currently being considered by the force’s Professional Standards Department and should any potential breaches of force policy or misconduct be identified then they will be fully investigated.”

A Facebook group run by the same serving police officer recently urged colleagues to turn on “24 hour disappearing messages” on WhatsApp following an investigation into racist, homophobic and misogynistic messages shared between colleagues of Wayne Couzens.

Linking to an article about the investigation into Couzens’ colleagues, a post on the Facebook page said: “Precisely when does dark humour become offensive?

“If your privately held views don’t interfere with your job, where exactly should the line be drawn? If you make a joke that half the room thinks is hilarious, and half the room is disgusted by, who gets to decide if it’s gone too far?”

It also told colleagues they were taking “a huge risk these days” if they did not enable disappearing messages on WhatsApp — an optional feature which automatically deletes users’ messages after 24 hours.

The same Facebook page, which has more than 500,000 followers, has previously shared posts describing sex with policemen, jokes about Amber Heard’s domestic abuse allegations and a meme that said: “Facts: Drunk women are worse than drunk men”.

It comes after two Metropolitan Police officers were jailed on Wednesday after being found guilty of sharing racist, homophobic, misogynistic and ableist messages in a WhatsApp group with the officer who murdered Ms Everard.

PC Jonathon Cobban, 35, and Joel Borders, 45, who has left the force, joked about beating and sexually assaulting women, raping a colleague and tasering children.

In a WhatsApp message on 25 April 2019, Borders joked about a female colleague, who he referred to as a “sneaky bitch”, “lead(ing) him on” and “get(ting)” him jailed for raping and beating her.

Their posts were discovered after Couzens was arrested for the kidnap, rape and murder of Ms Everard in March 2021.

The case has placed police vetting methods under renewed scrutiny and cast doubts on claims that Couzens was a lone “bad apple” in the wider police force.

District judge Sarah Turnock sentenced Cobban and Borders to 12 weeks in prison, saying she could not think of “more grossly offensive messages”. She added that the fact that the messages were shared on a covert WhatsApp group was even more damaging than if they had been made in public.

The pair have been bailed pending an appeal against their convictions at the High Court.