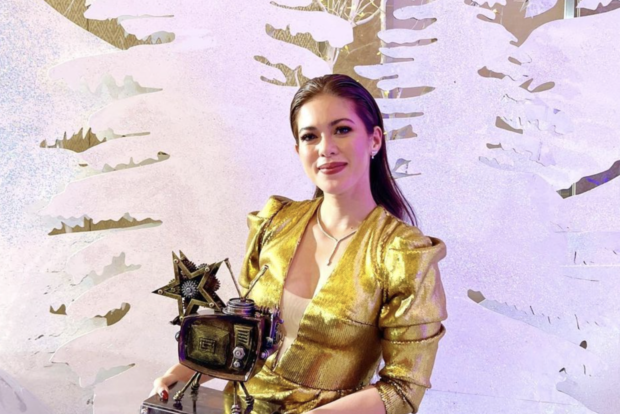 Shaina Magdayao extended her gratitude to those who supported and worked alongside her throughout her showbiz career so far, as she marks 25 years in the industry.

The actress admitted that she is still in awe over the milestone while showing herself at Star Magic’s Star Magical Christmas event, via her Instagram page yesterday, Dec. 1. Magdayao even confessed that she had tried to walk away from show biz in the past.

“I’m still letting everything sink in. Inabot ng 25, akalain mo ‘yun (I reached 25 years, would you believe it)?” she told fans. “After a few [failed] attempts to quit and run away from the biz, andito pa din ako (I am still here) and this wouldn’t have been possible if it weren’t for the people behind me.”

Magdayao thanked GMA Network, which discovered her when she was 6 years old, her mother network ABS-CBN, as well as those who helped “raise” her, including directors, co-actors and crew members.

“Still the same Shaina but seeing this world and my #fate with a different (and definitely more grateful AND HOPEFULLY MORE PURPOSEFUL) perspective,” she said.

Magdayao then expressed thankfulness to God and asked for guidance to never lose hope and faith in humanity.

“I am in awe of HIS grace…which is the only reason why I am still here! I am far from perfect but HE is a generous GOD who knows my whole being—my heart and soul,” she said. “Panginoon (Lord), it is my life’s honor to serve you through my job.”

Magdayao has made various movie and TV projects over the years. Some of her early appearances on TV include “Lyra” on GMA and “Marinella” on ABS-CBN. She also starred in movies such as the hits “Four Sisters and a Wedding” and “Ang Tanging Ina.”  /ra

Shaina Magdayao survives battle with COVID-19: ‘That wasn’t mild at all’