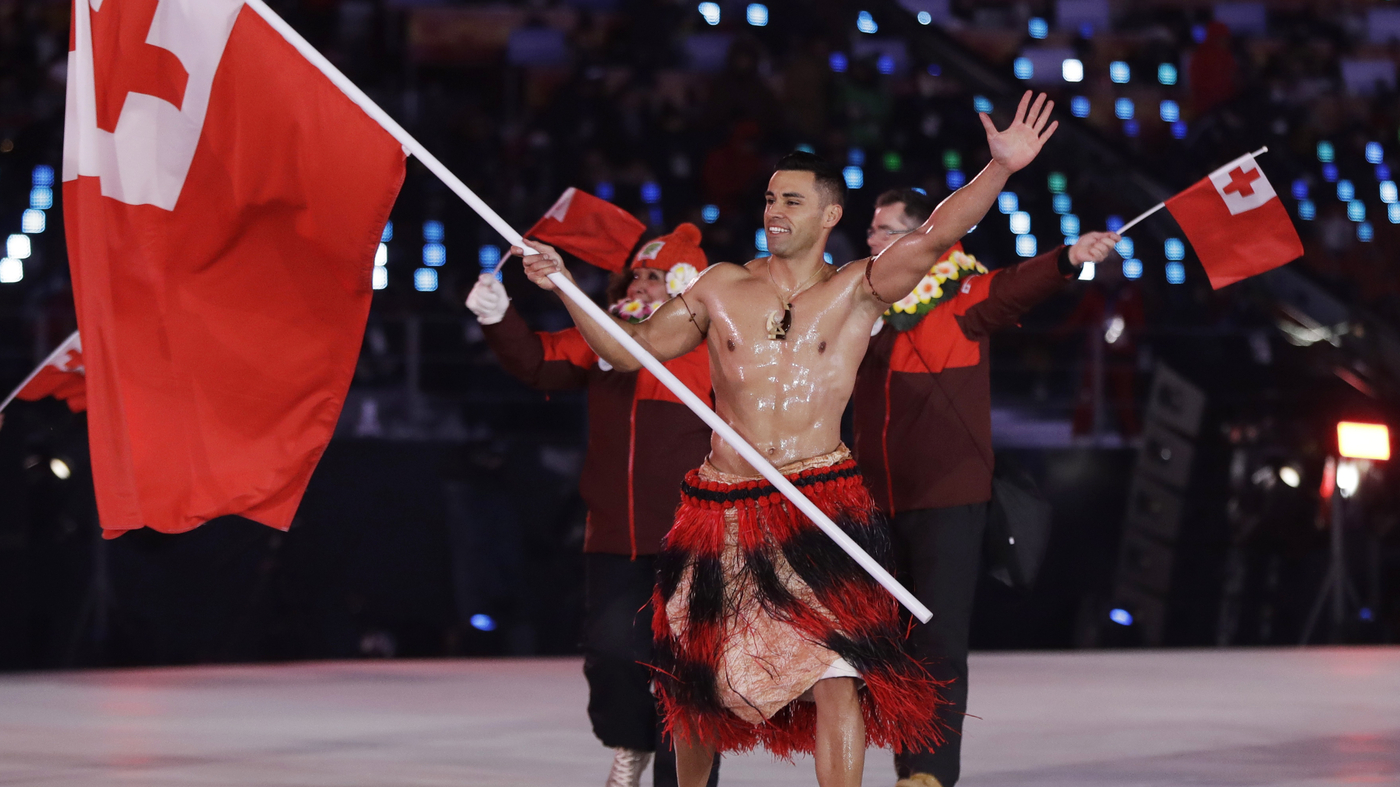 Pita Taufatofua makes an entrance during the opening ceremony of the 2018 Pyeongchang Winter Olympics. Taufatofua competed in taekwondo and cross-country skiing, but he’s most famous for carrying the flag of Tonga for three consecutive Games, stealing the show each time.

Pita Taufatofua makes an entrance during the opening ceremony of the 2018 Pyeongchang Winter Olympics. Taufatofua competed in taekwondo and cross-country skiing, but he’s most famous for carrying the flag of Tonga for three consecutive Games, stealing the show each time.

The Tongan athlete competed in taekwondo in Rio and Tokyo and participated in the 2018 Pyeongchang Winter Olympics as a cross-country skier (after just 12 weeks of training in snow, we might add). Still, he’s probably best known for carrying his country’s flag in the Parade of Nations and stealing the show with traditional attire.

So Taufatofua’s absence from this year’s opening ceremony did not go unnoticed — even though he says he felt like he was there in spirit, and it did give American Samoa’s Nathan Crumpton a chance to (literally) shine in the role of shirtless sensation.

Taufatofua was not just missing from the parade. He’s skipping the 2022 Olympics altogether, as he announced on Instagram this week.

“But I continue with joy as I prepare to support all the Olympians who have worked so hard to represent their countries. They are all flag bearers, they all stand for that voice within that calls us all to become our very best,” he wrote. “Right now I have another task that calls me, I must answer.”

He will instead be focusing on relief efforts for Tonga, where humanitarian aid (and COVID-19) is beginning to arrive and communications are gradually being restored following last month’s deadly volcano eruption and tsunami.

NASA scientists estimate the blast was more than 500 times as powerful as the nuclear bomb dropped on Hiroshima, Japan at the end of World War II, as NPR has reported. It sent tsunami waves smashing into the West Coast of the U.S., caused an oil spill on Peru’s coast and was detected as far away as Antarctica.

The volcanic eruption also triggered a 7.6-magnitude earthquake, which ruptured the single, undersea fiber-optic cable that connects the archipelago to the rest of the world.

People were without access to internet or phone service in the aftermath of the disaster, and experts said Tonga could be cut off from global communications for weeks. Service has since been restored in some areas, and aid flights began arriving after several days.

Taufatofua, who currently resides in Australia, told Olympics.com that he got a single message from one cousin confirming his household’s safety, but didn’t hear from his father — who was eventually found safe — for days after the tsunami struck.

Taufatofua had not yet qualified to compete by January, and decided not to try to qualify after the disaster struck, according to the New York Times.

Shocked by the footage emerging from the Pacific island nation, Taufatofua started a GoFundMe page to raise money for recovery efforts, prioritizing funds for schools, hospitals, infrastructure rebuilding and others with the greatest need. So far, the effort has raised a total of nearly $800,000 AUD (or about $572,244 USD) of its million-dollar goal, through more than 12,000 donations.

Taufatofua told the site he’s grateful to be able to use his global platform to raise awareness and garner support.

He’s encouraging people worldwide to donate to fundraisers — whether to his or to others’ — and spread the word. Even if they can’t contribute financially, he’s asking people to “share the images coming out of Tonga … so that governments can see that there are 170 islands covered in ash.”

For the record, the satellite images showing Tonga before and after the volcanic eruption are truly staggering. See them here.

Updates to the online fundraiser suggest that Taufatofua’s been busy coordinating volunteer efforts to assemble and deliver supplies like bread, breakfast crackers, flour, sugar and personal protective equipment to those in need.

While the relief efforts are his current focus, he said he plans to return to athletic competition in the near future. He hinted he’s aiming at the 2024 Summer Olympics, which will be held in France.

Taufatofua concluded his Instagram post by thanking his supporters and promising that he was “just getting started.”

“Somewhere inside each and every one of you there is an Olympian,” he wrote. “Paris ‘we’ are coming!”