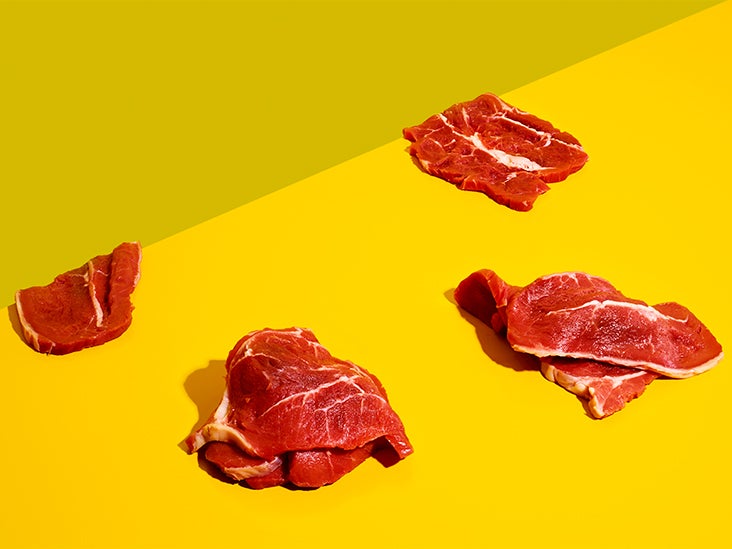 Costco is at once a wonderland and a dizzying maze of obstacles (Read: other shoppers with giant, overflowing carts all getting in each other’s way).

My household only signed up for membership in the store once we’d purchased an actual house with room to hoard things, and now we go primarily for dog food, army-supply amounts of toilet paper and paper towels, monster packs of string cheese, and oversize jars of fantastic (and fantastically priced) almond butter.

One item we usually skirt, though, is the steak. The quantities are just so big. And we don’t eat a ton of meat in general, so it doesn’t seem to make sense.

But with professional chefs praising the quality of Costco beef, it is tempting to try it out.

There are several factors to consider when deciding whether to buy steaks at Costco. The three most important are probably cost, quality, and the sheer amount of meat. But there’s also the matter of what’s in stock at your nearest Costco, whether your purchasing habits make a membership worth it, and even considerations of animal welfare.

So let’s try to break it down.

A basic Costco membership is $60 per year, which isn’t too bad as long as you shop there enough to make it count. But of course, it all depends on what exactly you’re interested in buying, and how much of it you can realistically consume.

Even Costco employees admit some things aren’t worth buying at the store. Happily, steak is not on that list — well, not by name. (Employees do mention that perishable items aren’t always the best choices.)

As to the cost of the steaks themselves, in general, Costco meat prices will be cheaper per pound than at specialty butcher shops and many higher-end grocery stores like Whole Foods, but potentially on par with or even more expensive per pound than what you’d pay at, say, Safeway or Wal-mart (especially when those stores are running sales).

For price comparison, start by looking at the per-ounce cost. Then, to determine if you’re really getting the best deal, pay attention to the quality of the meat, not just the price/weight ratio.

Certain cuts, like filet mignon, will always be more expensive than others, no matter where you buy them. But other indicators will tell you about the quality of any meat.

Look for beef that’s a bright red color, firm to the touch, and smoothly cut. Good-quality meat won’t have any unpleasant odor, and its packaging will be uniform without any tears.

Another consideration when deciding which meat makes the cut: its USDA certification (aka Prime, Choice, or Select). These grades, listed in descending order, indicate a meat’s quality.

Prime beef basically has the highest amount of marbling (i.e. intramuscular fat evenly distributed throughout the meat, making it more tender and juicy) and is younger.

USDA Prime certification is awarded to a relatively small fraction of all U.S. raised beef. For years, the standard number cited was 2%, but according to Serious Eats, the Prime label is now given to more like 3-3.5% of all U.S. beef.

This means Prime meat is easier to find in stores these days (Costco included), although it’s still more expensive wherever it’s sold.

USDA Choice is the next step down and is thus more affordable (but is still great quality beef). Some folks actually consider it the better option, because while it may not be quite as tender, there’s a bigger, beefier taste, and a lighter hit to your wallet.

Which specific cuts you find in your local Costco will vary. Some shoppers suggest you’re more likely to see extra-impressive cuts on weekends when the store is busier, but you’re pretty likely to always spot old favorites like rib-eye and sirloin, two steaks that happen to be great for grilling.

One reason you might not want to get your meats at Costco: Most of their steaks (at least, the ones sold under the Kirkland Signature label) are blade-tenderized.

This process, also known as needling, involves mechanically puncturing meats to make them more tender. Whether that’s really necessary on Choice and Prime beef is up for debate, but the fact is, Costco does it.

This has the potential to drive surface bacteria deeper into the meat, so to be safe, you should cook these steaks to the recommended internal temperature of 160°F (71°C). If you like your steak rare, you can take the risk of chancing it, but food safety standards strongly advise against it.

If you buy a whole roast or loin to carve into steaks yourself (and handle them properly, of course), this won’t be a concern.

When it comes to meat at Costco, there’s generally not a ton of clarity about its exact origins. Plus, Costco’s policies regarding animal welfare don’t offer many details about beef in particular.

They do say that they “subscribe to and support the Five Freedoms of Animal Well-Being,” and that they require “animal welfare audits at slaughter in accordance with the American Meat Institute Recommended Animal Handling Guidelines,” with all auditors being PACCO certified.

If considerations of animal welfare drive your meat purchases, you may want to seek another purveyor with more transparent policies. In contrast, Whole Foods, for just one example, provides more specific information about their beef sources and standards.

If you buy steak at Costco, one thing’s for sure: You’re going home with a lot of meat.

For everyday cooking (as in, when you’re not feeding a small army), it helps to buy whole roasts or loins and carve them into steaks yourself. You can always freeze extra pieces individually to pull them out whenever you’re ready to cook. This extra step can make bulk purchasing more worthwhile.

There’s also the option to cook your meat en masse and distribute it throughout the week into tacos, casseroles, stir fries, and other meals. (You can freeze cooked meat too!)

Only problem is, what if freezing ruins the quality of the meat, thus making the savings worthless?

According to some sources, freezing meat can actually make it more tender, but that’s apparently only true for certain cuts (like strip loin).

Freezing steaks (and any other meat) will definitely negatively impact the flavor and texture if you don’t wrap it well, and/or if you keep it stashed in the freezer for too long. Vacuum sealing your meat is the ideal option if you need to freeze it.

If you don’t have the set-up for that, try this tip: Set the raw steaks on a baking sheet lined with a Silpat or parchment paper, place the tray in the freezer for a couple hours until the steaks are fully frozen, then tightly wrap each one in plastic. Finally, place the securely wrapped steaks in a firmly-sealed plastic bag with all the air pressed out.

It’s a little more work than chucking them right in a zip-top bag, but it’ll help prevent freezer burn and protect your investment (and make you happier when it’s time to eat).

When you’re ready to cook some, you have to make the choice between properly thawing the steak, or simply cooking it straight from frozen, but that’s a matter for another day.

The answer is that famous cop-out that also happens to be true: Only you can decide!

If money is no object (and you live in an area where it’s feasible), getting your steaks and other meat from a trusted, skilled, local butcher is probably always the best bet.

But if you want high quality at a lower price per pound, aren’t worried about dealing with excessive quantities, obscure origins, or blade tenderizing, and you can get in to shop at a Costco, then make haste to their meat department.