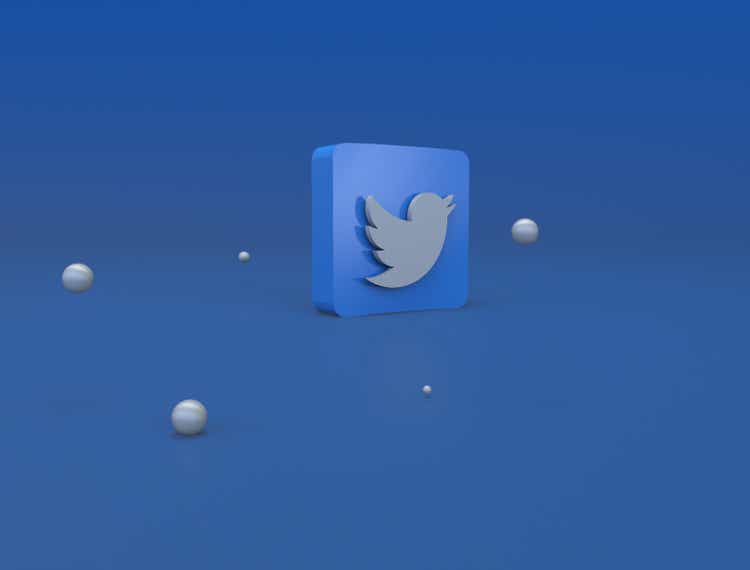 Few subjects have been discussed in 2022 as hotly as the $44B take-over deal of social media company Twitter (NYSE:TWTR) by Tesla CEO Elon Musk. Although the deal quickly unraveled and ended in a situation in which both parties sued each other, Elon Musk ultimately relented and agreed to go through with the acquisition. Now that the deal is set to close in the near term, Musk could create value at the social media platform by launching new products, improve moderation practices and drive monetization. However, given the headwinds in the economy, slowing advertising spending and recent declines in free cash flow, Twitter’s shares are at best a hold!

Elon Musk: A Catalyst For Growth?

In April, Elon Musk made an offer to buy Twitter for $54.20 per-share which calculated to a $44B take-over offer for the social media company. In July, the billionaire tried to back out of the deal, however, citing concerns about the platform’s stated number of bot accounts. According to Twitter’s disclosures, bots and fake accounts make up make up less than 5% of monthly daily active users, a figure that the Tesla CEO questioned. While the two parties went back and forth for a couple of months, Elon Musk finally agreed to go through with his original deal (Source: regulatory filing) in the first week of October, sending shares of the social media platform surging.

Twitter, like other social media platforms, is battling with an advertising down-turn which has already created revenue headwinds for the Twitter platform in recent quarters. In Q2’22, Twitter said it generated revenues of only $1.18B, showing a 1% year over year decrease as advertisers cut back on spending on advertising campaigns post-pandemic.

While Twitter generated about $1.2B in revenues in the last two quarters, the firm’s free cash flow has deteriorated. The free cash flow margin was negative 10.5% in Q2’22 and turning free cash flow around will have to be a top priority for Elon Musk.

Elon Musk is set to change the strategic positioning of Twitter by changing its moderation practices, allowing more people a voice on the platform. Additionally, Elon Musk may expand the integration of shopping functionality on the Twitter platform that would allow users to complete shopping transactions quickly and easily. The revamp of Twitter’s monetization model — which could include a stronger focus on subscription revenues going forward– may help Elon Musk reinvigorate revenue growth while simultaneously pivoting away from the more unpredictable advertising market.

Twitter’s share price surged after Elon Musk’s announcement to go through with the original deal, but there is still a lot of uncertainty regarding Twitter’s future monetization model. Based off of next year’s estimated top line of $6.15B, shares of Twitter have a P-S ratio of 6.3 X which, compared to other social media companies, makes Twitter the most expensive platform.

There are still considerable risks with an investment in Twitter. Shares of Twitter are currently priced at $50.45 — 7% below the take-over price of $54.20 — implying that the market expects the deal to go through. When it does, the real problems are only starting for Elon Musk as Twitter urgently needs to reverse its revenue and free cash flow trends. To turn things around, Elon Musk must provide a growth plan that shows how the platform is going to grow and how it is going to monetize new products. If Elon Musk takes Twitter private, which of course might happen in the future, then investors would lose the ability to invest in this micro-blogging platform altogether.

Shares of Twitter have surged 15% after Elon Musk said he would go through with his proposal to acquire the social media company. However, I believe the market needs to see a strong turnaround plan that shows a clear path for growth, new product innovation and improved monetization, especially with headwinds in the advertising industry posing a growing challenge for social media platforms. Considering the uncertainty following a deal completion as well as the high valuation based off of sales, staying on the sidelines is not a bad idea!