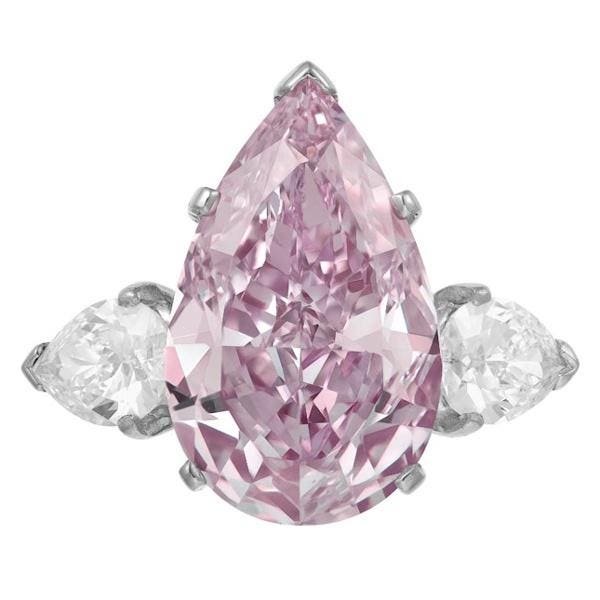 Christie’s New York will provide six diamonds valued at greater than $1 million at its April 13 public sale of Magnificent Jewels. The sale is led by “The Fuchsia Rose,” an 8.82-carat fancy intense purple-pink diamond that’s probably internally flawless. The modified pear-shaped gem is mounted on a platinum ring flanked by two colorless diamonds of 6.1 carats. Its estimate is $4 million – $6 million.

Colored and colorless diamonds make up the highest 11 tons on this sale at Christie’s Rockefeller Center headquarters. Other standouts embody:

Other notable objects among the many 72 tons embody a uncommon and historic vintage Tiffany & Co. diamond and enamel ‘Subway’ pendant-watch with an estimate of $20,000 – $30,000 offered for the primary time to the general public at public sale.

It was a commissioned jewel to commemorate the opening of the New York City subway system. Behind the domed crystal of 1 facet of the watch is soil taken on the groundbreaking of the Subway on March 24, 1900, along with the initials of the unique proprietor, Georgie Annie McDonald, daughter of John B. McDonald who was accountable for overseeing the development of town’s first subway line. The engraving alongside the outside reads “some of the earth from the first shovelful taken out by Mayor Van Wyck at the breaking of ground for the first underground railway.”

Public viewing shall be held at Christie’s New York, April 8 – 12.