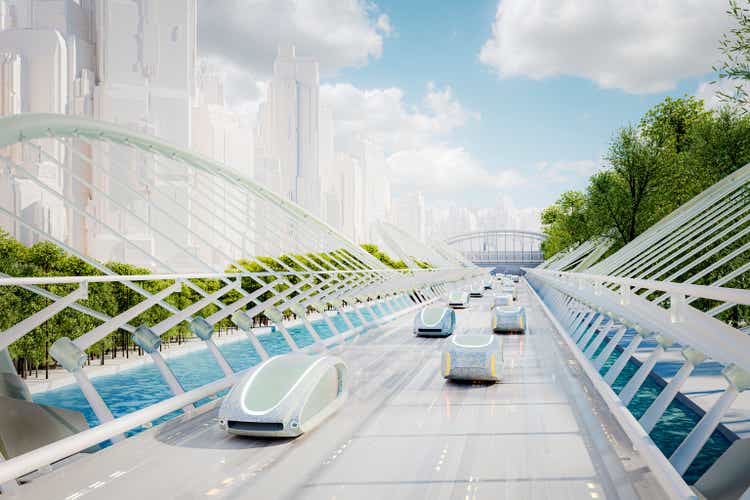 Transport when looked at through the lens of time has always changed to take on a more optimal state. With the advent of solid-state batteries, we now stand at the cusp of such a change as electric vehicles look set to replace internal combustion engines. Solid-state batteries represent such an intense step-up for the currently fledging transition to EVs that it would be remiss of me not to describe Solid Power (NASDAQ:SLDP) as potentially world-changing. Solid-state batteries will likely change our world forever. Their advent would overnight transform EVs to become cheaper, faster charging, and longer range machines with an undeniable leg-up over their ICE alternatives.

This would accelerate the adoption of EVs across North America and Europe, whilst having material impacts on these economies, the environment, geopolitics, and ultimately the global drive towards net-zero. Hence, solid-state batteries form the next iteration of the future of transport and are one of the main technological changes that will push EVs from the periphery to the mainstream.

Whilst Solid Power and QuantumScape (QS) are both developing solid-state battery technology, they both trade at significantly different market caps. Solid Power can currently be purchased at a $1.17 billion market cap with its common shares trading at $6.72 versus a market cap of $5.32 billion for QuantumScape. One of the reasons for the divergence is simply likely due to timing. Solid Power went public via a black check firm in December 2021, just over a year after QuantumScape did the same. By this time, the SPAC market was many months along from its collapse and broader market enthusiasm for growth stocks had already eroded.

Solid Power by virtue of being second at the time when investor enthusiasm had warned significantly would come to command a lower premium on its future potential sales. QuantumScape is also backed by Volkswagen (OTCPK:VWAGY), the largest automaker in the world by revenue with the company also aiming for commercialization one year before Solid Power.

Solid Power has partnered with Ford (F) and BMW (OTCPK:BMWYY) to bring its solid-state batteries to market. The company plans to begin commercial production of all its EV cells in 2026. If this comes to fruition then we could see the first EVs using the company’s solid-state battery cells roll off the production line in the same year.

Solid Power’s solid-state batteries remove the flammable liquid electrolyte and polymer separator layer in a conventional lithium-ion battery, replacing it with a solid sulfide-based layer. This layer also acts as a conductive electrolyte.

The company holds cash and equivalents of $553 million, which management has stated is enough to fully fund operations until the Start of Production in 2026. Backing by both Ford and BMW also provides Solid Power with a strong source of funds in the event that the company needs to raise money from 2026. Hence, with the management placing the market opportunity at $300 billion, Solid Power could come to realize significant revenue gains from 2027 in the event it meets its current timeline. Current investors need to be aware that Solid Power’s financials will only consist of cash burn until 2026 when revenue will start to be realized in depth.

Revolution In The Form Of A Pouch

The poor range of EVs, their cost, and long charging times are normally mentioned as reasons why consumers still pass up buying an EV for an ICE vehicle. Indeed, range anxiety is a key factor for why individuals used to filling up their gas tanks to full in a couple of minutes and then driving their car for hundreds of miles still refuse to buy an EV. Further, while global EV charging infrastructure continues to be built out and improved it still takes a few hours to get to a near-full charge from zero. This has placed EVs at a historical disadvantage that has reduced their uptake potential beyond their current upward ramp.

This will all change with the advent of solid-state batteries. Critically, it will create the conditions where EV sales are not being driven by state and federal government incentives but by their more competitive specifications. This comes as currently elevated gas prices have set in stone future automobile purchase decisions to switch to EVs.

Solid Power is still a very early-stage company chasing a dream that might be pushed back beyond the current timeline. Potential investors need to be aware of the uncertain nature of the current operations. The company only started its battery pilot production line two months ago. This will eventually see cells delivered to BMW and Ford for qualification testing. I’d recommend the shares only as a buy for extremely speculative investors looking at gaining exposure to the fledgling solid-state battery space.