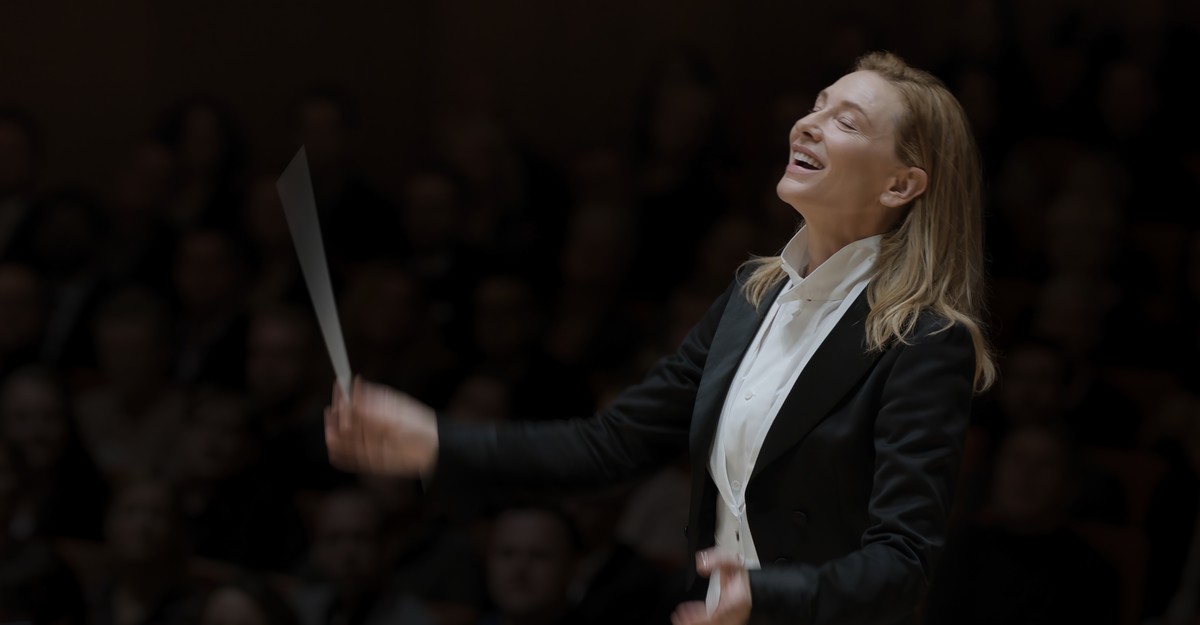 Good morning, and welcome to The Daily’s new Sunday culture edition. Every weekend, one Atlantic writer will reveal what’s keeping them entertained.

We’re kicking this off with a very special guest: staff writer Sophie Gilbert. She was a finalist for the 2022 Pulitzer Prize in Criticism, and her work includes essays about House of the Dragon and becoming a parent during the pandemic. Read on for her favorite actors and authors, the poem she can’t stop thinking about, and which kids’ show reliably makes her cry.

But first, here are three Sunday reads from The Atlantic:

What my friends are talking about most right now: Mostly, my friends and I text back and forth, “Sorry it took me so long to reply; things have been super hectic,” ad infinitum. I’ve been telling everyone I know to watch The Bear, because it arrived only last week in London, where I live right now. It’s a show that’s horrifically stressful but incredibly compelling at the same time, which for me, at least, is a rare combination. [Related: TV’s best new show is a study of masculinity in crisis]

The upcoming events I’m most looking forward to: This is so uncool. I have tickets booked to go to a pumpkin patch with my twins in a couple of weeks’ time, and that’s the only thing on my calendar. I have a couple of things earmarked if I can find a babysitter or get someone to go with me: Anaïs Mitchell when she comes through London in November; Neil Bartlett’s new adaptation of Orlando with Emma Corrin; maybe, just maybe, Dolly Parton’s adaptation of A Christmas Carol. I think I’d be failing myself—or humankind?—if I didn’t try to see Paul Mescal in A Streetcar Named Desire.

The television show I’m most enjoying right now: I just started rewatching Our Friends in the North, an epic BBC drama from the ’90s that I haven’t seen since I was a kid. It’s the kind of extremely improbable passion project you probably have to have a state-funded broadcaster to usher into existence: a hugely expensive nine-part serial about political upheaval in northern England from the 1960s to the 1990s that somehow stars Daniel Craig (in one of his first major roles), Christopher Eccleston, Gina McKee, and Mark Strong. The Newcastle accents are only moderately well done but extremely contagious. Otherwise, I got hooked on The Capture, a twisty what-if-the-government-did-deepfakes drama with Paapa Essiedu that’s coming to Peacock in early November. And I can’t get enough of Documentary Now!, which I’m writing about as we speak.

Actors I would watch in anything: Michaela Coel. Cate Blanchett. I would say Jon Bernthal, but I haven’t been able to bring myself to watch American Gigolo, because the reviews were so bad—so, clearly, not “anything.” [Related: I May Destroy You explodes the idea of consent.]

My favorite blockbuster and favorite art movie: For blockbuster, maybe Avengers: Endgame? I screamed when Cap picked up the hammer. You know it’s coming, but it’s the best kind of audience gratification. My favorite art movie is probably Festen (a.k.a. The Celebration), Thomas Vinterberg’s 1998 drama about family confrontation at a patriarch’s 60th birthday. For skin-crawling tension, low-simmering horror, and a truly surreal manifestation of denial as a family trait, it can’t be beaten. [Related: Avengers: Endgame is a perfect goodbye.]

Best novel I’ve recently read, and best work of nonfiction: My mom just gave me Sorrow and Bliss, by Meg Mason, which I’ve been reading before bed. It’s charming and lacerating in its humor but also studded with all these moments of small-scale tragedy that make it feel hard to breathe. And I’ve been reading The Cambridge Companion to Edith Wharton after the twins go to sleep, because I had a Wharton kick earlier this year, and it’s just such a stellar collection of essays.

The last museum show that I loved: I hadn’t seen a show since before COVID, because the pandemic and twin toddlers made museums very inaccessible, but I took a few days off recently and went to see the Milton Avery show at the Royal Academy. It was just a gorgeous exhibition, the kind that puts different pieces of art history together while also being fully true to its subject and aesthetically sumptuous as an experience.

An art venue that I cherish: The Noguchi Museum in Long Island City is a place that feels like a museum and a sacred space at the same time.

A favorite story I’ve read in The Atlantic: Caitlin Flanagan’s essay on abortion is, I think, one of the most humane and well-rounded pieces I’ve ever read. I don’t think you can read this piece and not be cognizant of the fact that outlawing abortion won’t reduce abortion, but it will mean women will die. Whether or not you care about that fact is another matter, I suppose.

Something delightful introduced to me by kids in my life: My kids have the horrible taste of 2-year-olds and tend to gravitate to the surreal, hypnotic brand of toddler TV (Teletubbies, Cocomelon, this YouTube video that’s just 15 different versions of “The Wheels on the Bus” on a loop), but they do also sometimes let their parents watch Bluey. Bluey, an Australian show about a family of dogs, is part magic realism, part parenting treatise, part soft propaganda for Australia. It’s heaven.

The last debate I had about culture: I believe it was when my little brother texted the family chat suggesting that we all go to see Cirque du Soleil’s Kurios, and I replied instantly that my least favorite things in the world were Cirque du Soleil and steampunk, and then everyone got upset with me for being, in my brother’s words, a “fun sponge.” But you have to be true to yourself, and I find Cirque du Soleil to be a pension program for ex-Olympic athletes at best and a genuinely unsettling cornucopia of horrific human elasticity and mindfuckery at worst.

A good recommendation I recently received: My taste is stuck in 2007, but my husband, a very nice man, is always on the lookout for new music he thinks I’ll like, which he describes as “plinky-plonky music.” So recently, I’ve been listening to Florist and Adrianne Lenker.

The last thing that made me cry: An episode of Bluey called “The Weekend,” where Bingo finds a magic leaf. I cry every single time we watch it (maybe 67 times so far).

The last thing that made me snort with laughter: This is going to make me seem unbearably basic, but I believe it was a facial expression Kelly Bishop made on Gilmore Girls when Lorelai did something irritating. The last show that reliably made me laugh more than once was Season 2 of Hacks. [Related: What Hacks understands about the myth of self-betterment]

A poem that I return to: I haven’t been able to stop thinking about “A Small Needful Fact,” by Ross Gay, since I read it a few years ago. The acute physicality of it, paired with the ineffable sense of tragedy and human failure to realize how much better we could be.

I’ve seen the best. The maddest and the fieriest and the deepest and the heaviest. I’ve watched them, open-mouthed: HR, from Bad Brains, executing a perfect backflip to land crisply on the band’s last syllable of chord-crash; Patti Smith singing “Beneath the Southern Cross,” heaving open the doors to the underworld with the pressure of her own breath; Iggy Pop, berserk, doing “I Wanna Be Your Dog” with Sonic Youth as his backing band. And none of these, none of these, transported me in quite the manner in which I was transported a few weeks ago by a vision of ABBA.

Read the latest culture essay by Jordan Calhoun in Humans Being.