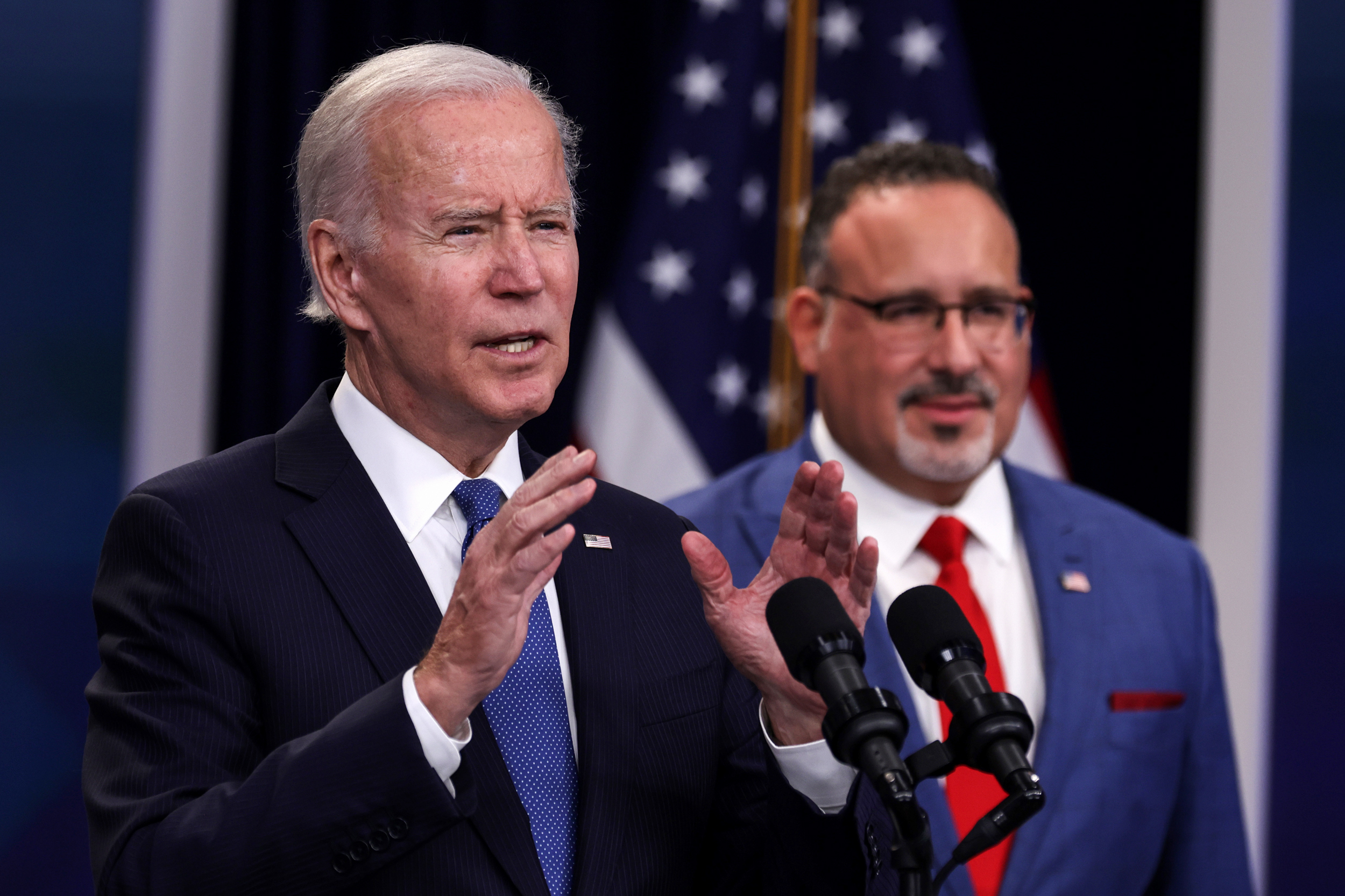 WASHINGTON — The Supreme Court on Thursday delayed a decision on whether to grant President Joe Biden’s bid to implement his student loan forgiveness plan, announcing instead that it will hear full oral arguments on an expedited basis.

In a brief order, the court said it would hear arguments in February with a decision soon to follow. In the meantime, the plan remains blocked.

Solicitor General Elizabeth Prelogar filed an emergency application Nov. 18 on behalf of the Biden administration asking the justices to lift an injunction imposed by the St. Louis-based 8th U.S. Circuit Court of Appeals. In a separate case, a federal judge in Texas has also blocked the plan. The 5th U.S. Circuit Court of Appeals on Wednesday refused to lift that hold, meaning that the administration could soon appeal that case to the Supreme Court too.

Prelogar said that the 8th Circuit’s decision “leaves millions of economically vulnerable borrowers in limbo, uncertain about the size of their debt and unable to make financial decisions with an accurate understanding of their future repayment obligations.”

Various individuals and groups have challenged the proposal, with the case now at the Supreme Court involving claims brought by six states: Nebraska, Missouri, Arkansas, Iowa, Kansas and South Carolina. The states’ lawsuit is backed by 17 other states.

A federal judge had ruled that the states did not have legal standing to pursue the lawsuit, but the appeals court disagreed, focusing on a Missouri agency that services federal student loans. The state argues that the agency would lose revenue if loans are forgiven.

In court papers, the states’ lawyers said the administration was using the Covid pandemic as “a pretext to mask the president’s true goal of fulfilling his campaign promise to erase student loan debt.”

A major obstacle facing those challenging the program is that they have had to show legal standing to sue by illustrating how they are harmed by the program. Even if the Supreme Court were to conclude the states did have standing and then reach the legal question of whether Biden had the authority to forgive the loans, the administration would likely face an uphill battle with the court’s conservative majority skeptical of broad assertions of federal power. The court in January, for example, blocked Biden’s Covid vaccine or test requirement for larger businesses.

The program, which allows eligible borrowers to cancel up to $20,000 in debt, has been blocked since the 8th Circuit issued a temporary hold in October. The administration has since closed the application process.

The White House on Thursday said it looked forward to oral arguments in February.

“We welcome the Supreme Court’s decision to hear the case on our student debt relief plan for middle and working class borrowers this February,” White House press secretary Karine Jean-Pierre said in a statement, calling the program “legal, supported by careful analysis from administration lawyers.”

Under a different Covid-related presidential order, borrowers do not currently have to make payments. The administration on Nov. 22 extended that repayment pause until the end of June or until the litigation is resolved, whichever comes first; payments would restart at the end of August if there is no resolution by late June.

“As we previously announced, student loan payments will remain paused while the Supreme Court resolves the case,” Jean-Pierre said Thursday.

The challengers argued that the administration’s plan — announced by Biden in August and originally set to take effect this fall — violates the Constitution and federal law, partly because it circumvents Congress, which they said has the power to create laws related to student loan forgiveness.

Biden’s program would provide up to $10,000 in debt cancellation for borrowers earning less than $125,000 a year (or couples who file taxes jointly and earn less than $250,000 annually). Pell Grant recipients, who comprise the majority of borrowers, would be eligible for an additional $10,000 in debt relief. The overall program is anticipated to help more than 40 million borrowers, the administration has said.

The nonpartisan Congressional Budget Office estimated in September that Biden’s plan would cost $400 billion, while the Education Department said the price tag would be closer to $379 billion.