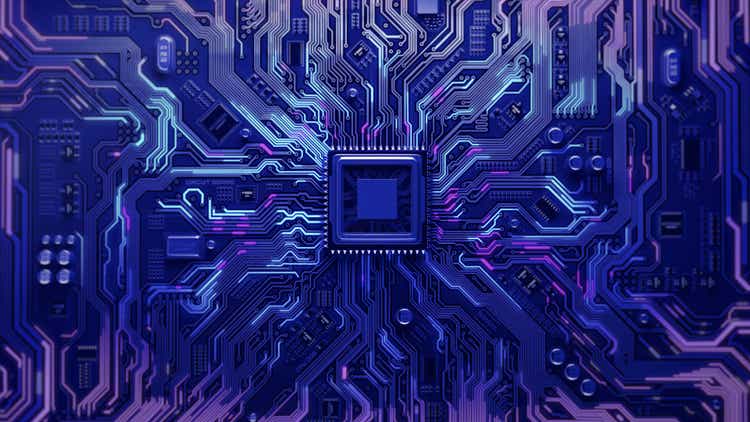 iShares MSCI USA ESG Select ETF (NYSEARCA:SUSA) is an exchange-traded fund that buys into mid- and large-cap U.S. stocks that have “leading environmental, social, and governance practices”, according to iShares themselves.

The fund carries a reasonable expense ratio of 0.25%, and had assets under management of $4.1 billion as of February 10, 2022, indicating a relatively high level of popularity. This follows mostly positive inflows over the past year (+$1.18 billion), although as you can see below (fund flow data), there have been some significant short-term outflows at times (including recently: about $300 million left the fund in the week from January 10, 2022).

Equity markets have generally fallen into 2022, so we can allow for some recent fund outflows in that regard. Over the course of the past year, demand for SUSA shares has been constructive. The fund had 182 holdings as of February 10, 2022, and given the size of the fund, you would probably expect fund inflows to affect/influence the prices of the underlying securities. So, positive inflows are generally helpful here (given the extent; over $1 billion over the past twelve months).

I would imagine that the ESG narrative will remain in vogue, and so thematic demand is likely to remain for SUSA. However, valuations do matter in the end, and SUSA (like other ESG funds) will also have to reckon with criticisms over issues such as “greenwashing”, and more generally the way that ESG portfolios are constructed. There is plenty of skepticism in the space, and I would say rightfully so. Still, SUSA is not too concentrated, and so you really have a fairly broad portfolio of stocks by sector exposures (all stocks are based in the United States, so you have no country-specific risks outside of the U.S.).

The top 10 holdings are listed below, together representing just over a quarter of the portfolio, and include Apple (AAPL), Microsoft (MSFT), and Alphabet (GOOGL), with Tesla (TSLA) also making the top 10; SUSA already looks like a quasi-tech portfolio.

And indeed, the largest sector exposure is Information Technology (32.17% of the fund as of February 10, 2022, according to iShares themselves). Financials are interestingly coming in at second, representing 12% of the fund; then Health Care at 11%. If you think about it, it is probably not surprising that tech companies, banks, and health care companies make the top of an ESG-focused portfolio. These are not companies that make money by drilling for oil.

At the same time, you might wonder what the purpose of ESG is; surely it should not be about investing in sectors that circumstantially don’t make their money drilling for oil. Arguably a better way to construct an ESG portfolio would be to look within all sectors, and then look at those companies within each sector (including even non-renewable energy industries, etc.) to find the most responsible companies. Nevertheless, we have to look at what SUSA is, rather than what it “could” or “should” be.

As I implied before: ESG has its skeptics, including yours truly, and it has its flaws. Still, we can also expect ESG to remain a popular narrative going forward, and ESG rating methodologies will likely evolve over time. Regardless, even if ESG is simply an arbitrary investment perimeter, SUSA still has a portfolio which we can value.

We would start by looking at assessing the current U.S. cost of equity for investors. I typically take Professor Damodaran‘s estimate for the mature market ERP, currently 5.17% for February 2022, and adding this to the prevailing U.S. 10-year bond yield (currently 1.9389%). The sum is 7.1089%.

We can scale the ERP by beta; a measure of relative volatility. This is always imperfect, but a rough approximate of how the market might react in price as broader indices move. Yahoo! Finance estimates SUSA’s beta as being less than 1x, making it less volatile (0.98x), however, the difference is immaterial and so I would prefer to ignore this (at risk of otherwise being generous). It is also not surprising that the beta is similar to the broader market given the significant weightings within the portfolio of some of the leading U.S. stocks (AAPL, MSFT, GOOGL, TSLA, etc., as listed before). SUSA is potentially, even probably, just another source of market beta.

Morningstar‘s consensus analyst estimates for three- to five-year earnings growth for the SUSA portfolio is currently listed as 12.17%. A recent factsheet for SUSA’s benchmark index, the MSCI USA Extended ESG Select Index, also provides me with a trailing price/earnings ratio, forward price/earnings ratio, and price/book ratio, of 23.80x, 21.58x, and 5.41x, respectively. Given SUSA’s large exposures to pricey tech stocks, the price/book ratio is high. Also, the implied forward earnings yield of 4.63% is a little low, but reasonable, and forward earnings growth rates are strong.

However, given that trailing and forward price/earnings ratios offered by MSCI’s index (that SUSA’s capital allocation decisions are essentially based on) indicate “only” 10.29% forward earnings growth, I err on the side of being conservative. Building 12% or more in per-annum earnings growth (average) over the next three to five years would require earnings growth acceleration; I instead favor a per-annum assumption of about 10% for three years, and then 8%, 6%, and 5% in the terminal year. This takes my average five-year earnings growth rate to 8.8%, which sounds both reasonable and conceivable.

Bear in mind the implied forward return on equity of SUSA is almost exactly 25%, which indicates high corporate productivity and the potential (if sustained) for either strong balance sheet compounding or dividends or (more likely) share buyback programs. If the ROE is maintained, SUSA should enjoy this organic tailwind. In any case, my short-term valuation gauge is shown below, and would suggest that SUSA is trading at close to fair value.

My assessment is that SUSA is modestly overvalued, with downside potential of -7.5%. This follows the -13% drawdown as noted before (although that was peak-to-trough; currently SUSA is down about -10.45% from recent highs). So, on a valuation basis, there is a little more downside potential. However, with a return on equity in the region of 25%, a constant price/book ratio (which is no guarantee by any means) would mean that -7.5% of further downside would be recouped organically within about 3-4 months. This is why it is tough to “short” highly productive portfolios.

Also, in the longer run, the U.S. equity risk premium is probably closer to 4%, and Professor Damodaran himself has done research that would suggest that the global long-term ERP is closer to 3.2% after accounting for survivorship bias. If I were to reduce our ERP of 5.17% to 3.2%, we would arrive at upside of 29.7% (keeping all other assumptions the same).

Therefore, I would suggest that SUSA is trading right within the bounds of normality. If/when positive risk sentiment returns to markets, and I expect it will in due course, we will likely see SUSA trade back up over all-time highs. I am not particularly bullish on SUSA’s ESG framework, as I view it as somewhat arbitrary. However, SUSA has a strong underlying ROE, and its portfolio is relatively balanced (even with less than 200 holdings in total). So, I would remain bullish, especially since I expect the ESG narrative to hold, which will only help support the demand for SUSA’s underlying holdings.