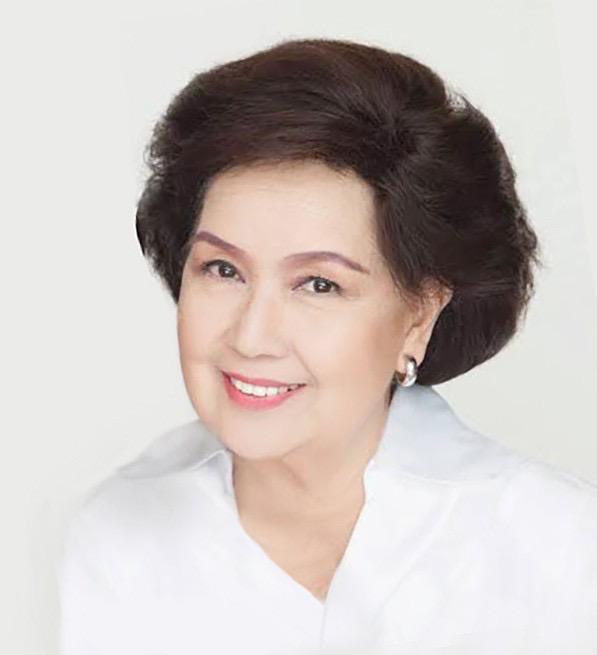 BACOLOD CITY — Bacolod City and the rest of the province of Negros Occidental mourned the loss of veteran actress Susan Roces who was regarded in the film industry as the “Queen of Philippine Movies.”

Roces, who died on Friday evening at the age of 80, was born Jesusa Purificacion Sonora in Bacolod City on July 28, 1941.

“The province, together with the entire country, mourns over the loss of Filipino film icon Susan Roces. Negros Occidental will always be honored and proud that the Queen of Philippine Movies was one of our own,” said Negros Occidental Gov. Eugenio Jose Lacson.

“Roces was committed and passionate dedication to her craft and her timeless grace will always be remembered. On behalf of the people of Negros Occidental, I extend my prayers and deepest sympathies to Sen. Grace Poe and family,” he added.

Bacolod Mayor Evelio Leonardia, for his part, also expressed his condolences to Roces’ family, friends and legions of followers.

He said Roces’ demise left a void in the hearts of millions of her fans and admirers.

Leonardia said Roces, a co-alumni at the La Consolacion College-Bacolod, was a student of his sister, Ninfa.

“Roces was a very warm and endearing person despite her celebrity status– a cinema icon and a valuable pillar of the Philippine movie industry,” he said, adding that Roces and her late husband, Fernando Poe Jr., are national treasures.

Negrenses actors Joel Torre and Ronnie Lazaro, who worked with Roces in “Gumising Ka Maruja” and in the longest running primetime series “Ang Probinsyano,” also have fond memories of her.

“Her death was very sad news. She was such a mother to all,” Torre said.

Torre said he first worked with Roces in “Gumising Ka Maruja” that was filmed in Bacolod in 1978 and directed by Lino Brocka. It was his first cameo role in a 35mm film, Torre said.

Later they worked together in “Ang Probinsyano.”

“We would converse in Ilonggo in front of the cast, and laugh a lot about our Ilonggo jokes. She would share food with everyone but we would exchange food to bring home. I would share with her our family chorizo from my sister and of course JTs food. We also would trace our roots from Iloilo”, Torre said.

“An older cousin of mine shared that we are distant relatives. There was this Ilonggo bond between us. She has a special place in me,” he added.

Lazaro said: “My thrill or my silly kilig is because my name is Ronnie . So when I heard her say my name I felt like Fernando Poe.”

“Like an Ilongga she was malambing but don’t get me wrong she possessed strength that you dare not test. Like Eddie Garcia they worked like immortals. She will leave a vacuum,” Lazaro said.