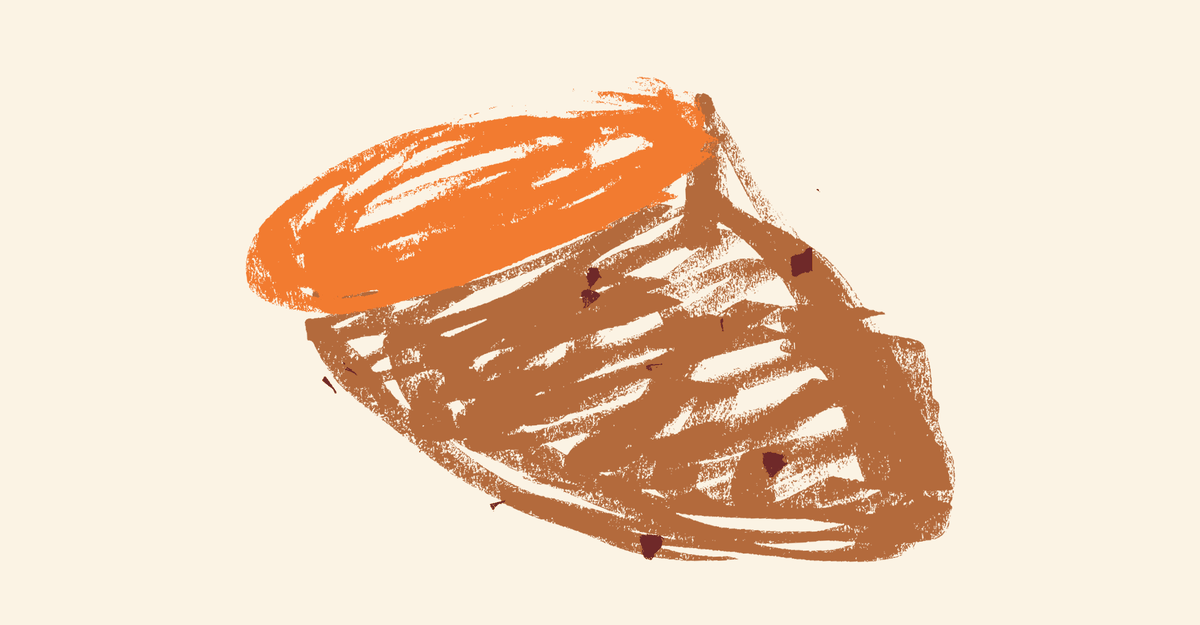 Since the start of 2022, I’ve consumed more than my body weight in sweet potatoes. The average American eats closer to the equivalent of one (1) fry a day, but for the past decade, I’ve had at least half a pound of the roots at almost every dinner. I travel with sweet potatoes more reliably than I travel with my spouse. All I need in order to chow down is a microwave and something to cushion my hands against the heat.

Tomorrow, Americans will finally put sweet potatoes in the spotlight—and still not appreciate all that they’re worth. Families across the country will smother the roots with sugar and butter beneath a crunchy marshmallow crust. This classic casserole may be the only serving of sweet potatoes some people have all year—which is a travesty in terms of both quantity and (sorry) preparation style. Sweet potatoes deserve so much more than what Thanksgiving serves them. And maybe they’d get it, if they weren’t so misunderstood.

For starters, sweet potatoes are not potatoes or yams. Each belongs to a distinct family of plants. And although potatoes and yams are technically tubers, a riff on a plant stem, sweet potatoes are a modified root. The common name doesn’t exactly help, which is why many experts want to change it from sweet potato to … sweetpotato. Even in grocery stores, confusion abounds. A small part of Lauren Eserman-Campbell, a geneticist and sweet-potato expert at the Atlanta Botanical Garden, dies every time she spots a can of Bruce’s Yams.

Mostly, the sweet potatoes in American markets resemble Bruce’s (Not) Yams: orange-fleshed, brown-skinned, sugary, moist. But the plant’s true range is much more diverse. The outside comes in earthy umbers, ruddy reds and purples, and sandy beiges; the interior can be cream, buttercup yellow, cantaloupe, lilac, even a shade of violet that verges on black. Some are rather watery; others are almost as dry and starchy as bread. Not all of them are even perceptibly sweet. And thanks to the plant’s zany genetics—six copies of each of 15 chromosomes—nearly every combo of color, texture, taste, shape, and sugar and water content can spring out of a cross between, say, a dryish, veiny purple and a moist, smooth-skinned orange. Craig Yencho, a sweet-potato breeder and geneticist at North Carolina State University, told me that, given enough time, “I could find a sweet potato that would be enjoyable to just about any consumer.”

The common misconception that potatoes are fattening and devoid of nutrition (slander!) might make some people assume the same or worse of sweet potatoes. But that couldn’t be further from the truth. Pit their nutritional profile against other staple crops, such as rice, wheat, and corn—all of which command a larger share of the world market—and, in many respects, “sweet potato is on top,” says Samuel Acheampong, a geneticist at the University of Cape Coast, in Ghana. The orange-fleshed varieties, in particular, come chock-full of iron, zinc, and beta-carotene, a precursor to vitamin A; the purples are rich in cancer-fighting anthocyanins. Even sweet-potato leaves are a powerhouse, packed with folate and a surprising amount of protein. Also, they’re delicious stir-fried.

Sweet potatoes tend to get America’s attention only in November, but they’re hardy, flexible, and ubiquitous enough to be an anytime, anywhere kind of food. They’ve taken root on every continent, save for Antarctica; they’ve been rocketed into space. Acre for acre, sweet potatoes also yield edible crop far more efficiently than many other plants do, “and that is really important in families where they don’t have enough quality food,” says Robert Mwanga, a sweet-potato geneticist based in Uganda, where some locals eat the roots at nearly every meal. In Kenya, sweet potatoes have sustained communities when other crops have failed. Among some populations, the roots have earned an apt moniker: cilera abana, protector of the children.

But even among scientists, sweet potatoes get, if not a bad rap, at least an underwhelming one. “It’s a tiny community, and there’s not a lot of funding,” Eserman-Campbell told me. “I went to a sweet-potato breeders’ meeting one time, and I just thought there would be more people there.” It doesn’t help that the plants can be a bit of a genetic pain, Mwanga told me. Their many copied chromosomes make breeding tricky, and new sweet-potato varieties can be propagated only by clonal cuttings. Among consumers, the sweet potato has also struggled to shed its reputation as a poor person’s food, turned to in times of famine or war and culturally linked to rural, low-income farmers.

People in the Western world are catching on—especially now that nutritionists so often tout sweet potatoes as a superfood, says Ana Rita Simões, a taxonomist at Kew Gardens, in London. In the past decade, demand for Yencho’s sweet potatoes has tripled, maybe quintupled; “I have never seen a crop take off like that,” he said.

Culinarily, though, Americans are still batting in the sweet potato’s minor leagues. The big hitter remains the Thanksgiving casserole—a dish Acheampong likes but remains a bit mystified by. “You guys add a lot of sugar,” he told me, which is amusing, considering that the orange-fleshed varieties are already plenty sweet. Plus, the casserole is (gasp) under the thumb of Big Confection: Its invention was commissioned as part of a ploy to sell more marshmallows. It’s sugar all the way down.

I am not here to yuck anyone’s yam; I celebrate any dish that features sweet potatoes. More preferable, though, would be casting these wonderful roots in a starring role. In other parts of the world, sweet-potato recipes run the gamut from sugary to savory, from appetizer to main to dessert. They’re pureed, stir-fried, noodle-fied; they’re blended into soups, beverages, and pastries. They’ve even found their way into booze. Imagine how they could dress our Thanksgiving tables: sweet potatoes roasted; sweet potatoes grilled; sweet potatofurkey—I mean, why the heck not.

Read: How to engineer the optimally delicious Thanksgiving plate

Or perhaps there is a more modest proposal to be made: Enjoy the roots all on their own. Yencho, like me, is a purist; he likes his sweet potatoes plain, baked until soft, no condiments necessary. They just don’t need anything else.