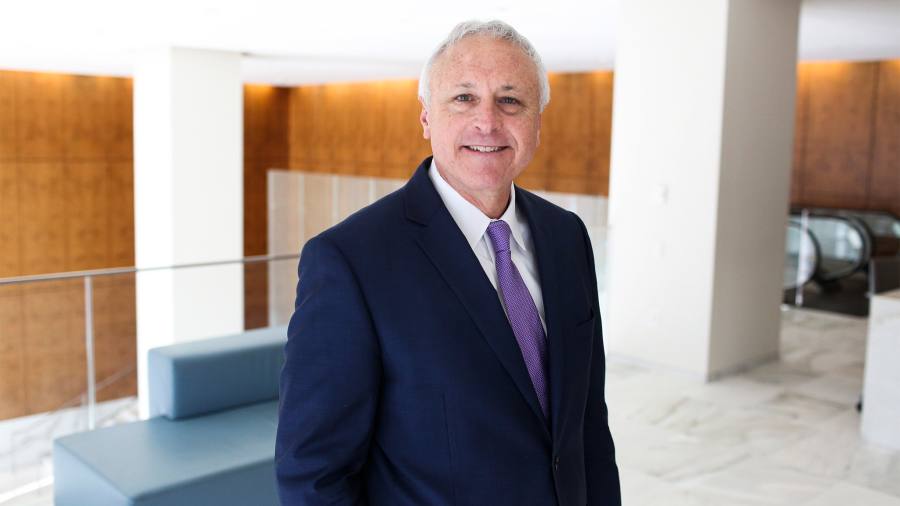 In the weeks leading up to his retirement, Bill Stromberg was reflective. People in the asset management industry are tired, he says, after keeping up with a rate of change that has only been amplified and intensified during the pandemic.

In his 35 years at T Rowe Price, including six as chief executive, Stromberg has guided the Baltimore-based $1.69tn asset manager through a volatile period of change for the industry, as pressure on fees, technological innovation and the acceleration of new investment vehicles such as exchange traded funds have forced traditional managers to evolve at breakneck speed.

“Asset management has changed more in the last dozen years than in the last three decades before,” he says. The rate of change was difficult to keep up with, for everyone.

“If you combine this with a pandemic, there is a level of fatigue among asset management in particular that is unusual,” he says.

This fatigue being felt across the sector, he says, drew new attention to company culture. In a time when employers are ratcheting up benefits and salaries to hold on to burnt out employees, and job changes are hitting record levels, companies are learning that golden handcuffs don’t have the same power to hook and hold that they used to if employees are unhappy.

Reputations are built very slowly over time, but they can deteriorate very quickly if management doesn’t walk the walk

The company is so well-known for its congenial office culture that it is colloquially referred to as T Rowe Nice. On the employer review website Glassdoor, the company has a four-star approval rating (based on a five-point scale where 4 indicates employees are ‘satisfied’), and “T Rowe Nice” was referenced in more than 75 reviews. The people are nice, and co-workers are supportive, one Glassdoor review noted, before adding: “The pay is lower than average.”

According to Glassdoor, the average salaries for executives at T Rowe don’t lead their sector, but also do not stray too far from average. But in an industry where base pay, and generous bonuses, are poised to become an increasing differentiator for firms, T Rowe says it has another formula.

“You’re hearing a lot about pay increases to keep people, but the highest pay isn’t why people stay, or why people are attracted to firms,” Stromberg says. This culture, and the team-level support that the company relies on, has been crucial in their efforts to combat employee fatigue. “People want to be a part of something special and bigger than themselves, something they’re proud of.”

The asset manager says it has been expanding and hiring, as candidates from peers are attracted to the company’s culture after two years of fraught remote work. “They want to be a part of a company that . . . stands for something. That’s the formula,” Stromberg says.

T Rowe’s “nice” factor has been a deliberate effort by management to both curate and preserve a specific, definable company culture. The asset manager’s emphasis is on teamwork, collaboration, long-term thinking, and treating each other with respect. Part of the firm’s culture is about maintaining its culture.

“It starts at the top with management and leadership saying that it is important and saying that the culture matters,” Stromberg says. Business leadership is often preoccupied with change. The asset manager has grown rapidly during this period of turbulence in the sector, roughly doubling its assets under management since 2016. But what is equally important in a rapidly evolving environment, is preserving intangibles like culture.

Culture is essential to employee retention, and more fragile than many managers realise. It only takes one bad boss to disenchant a team full of talent. “Reputations are built very slowly over time, but they can deteriorate very quickly if management doesn’t walk the walk,” he says.

Protecting culture also involves a clear example at the executive level; it is not enough to lay out guidelines and then try to enforce them. Transparency, honesty and regular communication from the top offices are essential, he says, especially during the pandemic when remote work has complicated office communication. “It’s difficult to overstate the importance of communication and being straight and honest with [staff],” Stromberg says. “If they wonder if management is true to the culture, it’s a problem.”

T Rowe proved itself an early identifier of growth tech, investing in companies such as Twitter, Facebook and Dropbox before their public offerings.

But it has been criticised for being reluctant to jump on trends, such as environmental, social and governance standards (ESG) — now a defining movement within the asset management industry — and tapping into international markets. Stromberg says he wishes he had grown his international footprint earlier, and more deliberately.

Though after such a long tenure in the industry, if he could guide his younger self starting out in asset management, Stromberg says that “the main piece of advice I would give myself is to forgive myself for mistakes I made along the way.”

Making mistakes is part of being an investor, he says, fear of making missteps caused him to be more risk averse early on. “I was putting myself in the penalty box . . . all investors make mistakes. The key is to learn from them.”

Who is your leadership hero?

I’d say Abraham Lincoln, the 16th president of the US. I always admire leaders who are willing to do hard and often unpopular things when they are the right things. Under immense public pressure, Lincoln displayed astounding fortitude and perseverance by working to reunite the country and be a leader for all.

What was your first leadership lesson?

A key early lesson for me was that leaders have to earn the right to lead. Early in my tenure at T Rowe Price, I tried to change a few core operating practices. I quickly learned that successful change would only happen if I made a strong case for change — and convinced the team that changes would make us better. Having a title won’t make you a leader — but improving performance sure will.

What would you have been if you hadn’t become a CEO?

I would have likely become head of our global investment divisions — still leadership but focused on investing. My love for investing and the pursuit of strong returns are what brought me to this business in the first place. It is core to what we do and it also would have been exciting to stay fully focused there.

Cost pressures and unpredictable markets have made the jobs, and bottom lines, of large asset managers much more difficult to manage, and these challenges are ongoing. In 2021 Stromberg led the asset manager through its first big acquisition, of alternatives house Oak Hill Advisors for $4.2bn, in order to diversify T Rowe’s revenue stream beyond mutual funds in a crowded market.

This pace of change will continue, Stromberg says. But, reflective again, he says if he could advise himself at the start of his term as chief executive, a tenure defined by relentless change, he would say: “Assume people can handle a lot more change than they think they can.”

It helps if you have a strong culture as a foundation, he says. Stromberg’s successor, Rob Sharps, is also a veteran of the asset manager.

For the outgoing chief executive of T Rowe, it is perhaps telling that Stromberg says he would like to be remembered first as a good investor who delivered value to his clients. A close second, he wants to be remembered as a good teammate.

Though it is not possible to complete every task you set out to do before you “exit the stage”, he says, “the one thing you have to do is make sure there is a strong team in place behind you, and I feel confident in the team I’m leaving behind.”