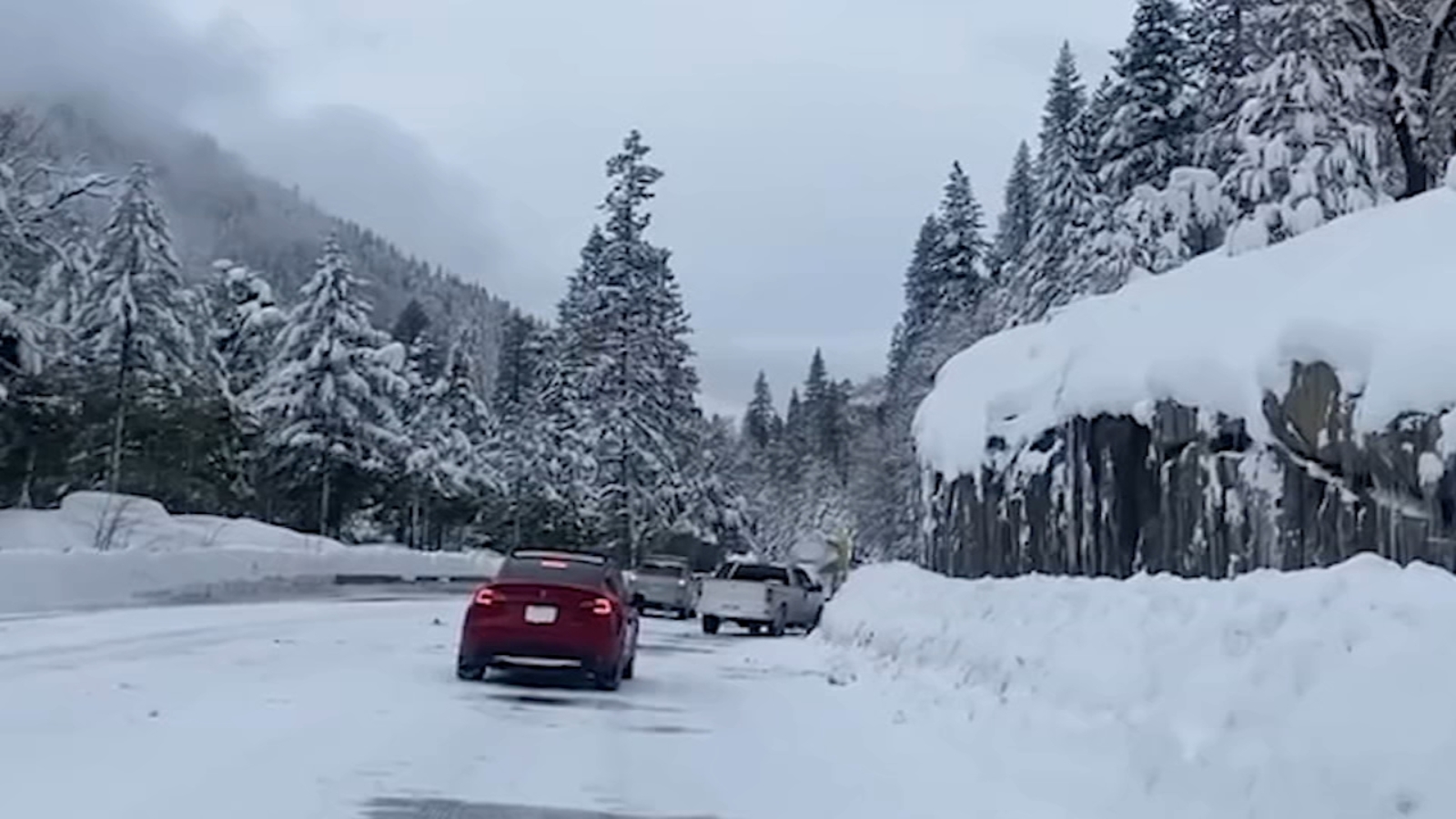 LAKE TAHOE, Calif. (KGO) — Highway 50 is open and I-80 is now partially open but the snow has made for major delays on each of those roadways for those trying to leave the Tahoe region.

Some gas stations in the region have run out of gasoline, and food is even hard to come by for some trying to get back to the Bay Area who are stuck.

“It’s like really long right now,” says Marcela Cardona, referring to traffic. Cardona Zoomed with us as she sat in bumper to bumper traffic along Highway 50 near South Lake Tahoe late Tuesday morning.

“I’m in this car and it’s literally not moving,” said Cardona, who is trying to get back to San Francisco. Her story is similar to that of so many others who are trying to leave the Tahoe region and moving a matter of feet per hour.

“We’re probably going to be stranded. A lot of the gas stations we went to were all out of gas, Chevron 76,” said Emily Kelbatyrov of Sacramento.

And while Highway 50 was moving at times, the long backups due to accidents was extensive on Tuesday.

This is something that Castro Valley’s Josef de la Vega feared Monday. So, he and his girlfriend left Reno by driving east and then south nearly all the way to Las Vegas, through Bakersfield, and eventually back to Castro Valley — A 15-hour, nearly 1,000 mile ride home that ended at 1:15 a.m. Tuesday.

“I just told her, unless you stay here we have no other choice, we got to get around this because we can’t afford to miss work and stuff like that,” said De La Vega, who made it to his two jobs. His girlfriend, who is a nurse, made it to her job at Stanford.
All that as the ski resorts are now looking forward to those who will be arriving when all the highways and roads open up.

“If you can make it up here in the next couple of days you’re going to be treated to some just light powder,” said Jon Slaughter of Sugar Bowl Resort.

The hope now, “I’m with all my family so we’re just butting heads. I just hope we can get home by today,” said Kelbatyrov.

“I would recommend just stay in San Francisco,” said Cardona.