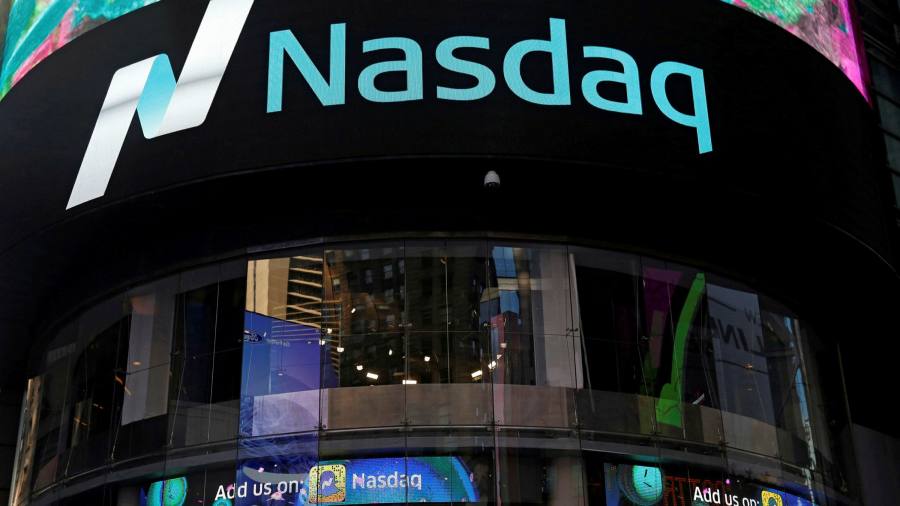 A sell-off in global technology stocks accelerated on Wednesday following minutes from the latest US Federal Reserve meeting that indicated the central bank may raise interest rates more quickly than expected.

The technology-heavy Nasdaq Composite fell 3.3 per cent, its biggest decline in almost a year, as fading concerns about the Omicron coronavirus variant were amplified by bets on rising interest rates, lowering the appeal of the tech sector that has prospered during the pandemic.

“Participants generally noted that, given their individual outlooks for the economy, the labour market, and inflation, it may become warranted to increase the federal funds rate sooner or at a faster pace than participants had earlier anticipated,” the minutes of the December Fed meeting said.

In addition, the minutes showed “almost all” participants on the Federal Open Market Committee thought it would be appropriate to let the central bank’s balance sheet begin to shrink in size once there has been an increase in its main policy rate.

The two-year Treasury note yield, which is sensitive to changes in monetary policy expectations, climbed after the release of the minutes to 0.82 per cent, its highest level since March 2020.

The yield on the benchmark 10-year US Treasury note, which moves inversely to the price of the debt, rose 0.05 percentage points to 1.70 per cent on Wednesday. It was about 1.5 per cent on December 31.

The broader-based S&P 500 equity index slipped 1.9 per cent, while the S&P’s information technology sub-index dropped 3.1 per cent. Among the worst performers were customer management software company Salesforce, down 8 per cent, and Adobe, which closed 7 per cent lower.

Tech stocks started 2022 on the back foot after early data suggested Omicron was less likely than previous strains to result in hospitalisations and therefore widespread lockdowns. This burst of optimism has boosted shares in businesses such as banks and energy producers.

“The Omicron variant seems fairly mild, with surging cases not resulting in higher fatalities, raising hopes that the end of the pandemic is in sight,” said Emmanuel Cau, head of European equity strategy at Barclays.

US tech groups including Apple, Microsoft and Google owner Alphabet have been among the biggest publicly traded winners of the pandemic, measured by growth in market capitalisation in dollar terms since January 2020, according to a Financial Times study.

“The acceleration of [tech] earnings growth is now behind us,” said Jim Besaw of US wealth manager Gentrust, despite “eye-popping valuations”.

In Europe, the Stoxx 600 equity gauge ticked up 0.1 per cent while its tech sub-index fell 0.5 per cent. ASML, the Dutch semiconductor equipment maker and Europe’s largest tech company by market capitalisation, lost 1.5 per cent after a fall of almost 3 per cent on Tuesday.

The UK’s FTSE 100 rose 0.2 per cent after gaining 1.6 per cent on Tuesday, thanks to its high concentration of banking, energy and resources businesses. Germany’s Dax advanced 0.6 per cent, boosted by consumer and industrial stocks.

Brent crude rose 1 per cent to $80.80 a barrel. The oil benchmark was as low as $69.28 in late December, weighed down by Omicron concerns.