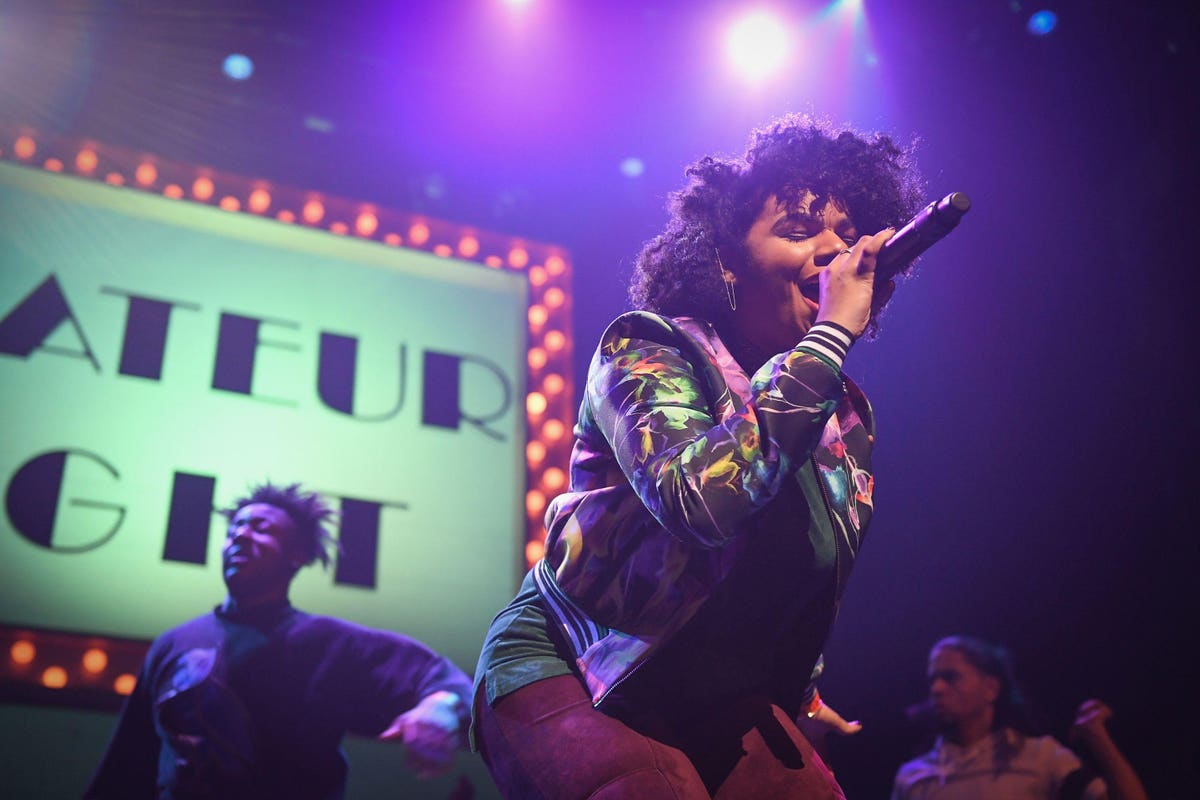 On Wednesday night, the 1,483 red-upholstered seats of the Apollo Theater will be occupied again at last, when the storied Amateur Night at the Apollo returns after its pandemic-induced two-year hiatus. A new roster of hopefuls will strut their stuff on the stage — but how long they stay there will depend on the notoriously un-shy and demanding audience.

Ahead of the event, Apollo Theater Executive Producer Kamilah Forbes spoke about the legacy of the event, the Theater itself, and more.

Kamilah, can you share with us what has been happening with the Apollo these last two years?

Although the Apollo’s physical doors have been closed for a majority of the past two years, the Apollo and Harlem never stopped being cultural anchors for Black artists and our community. So, it was important that we created a place for people to feel connected to one another, and in March 2020, the Apollo created its Digital Stage, not only to celebrate our artists but to once again provide joy and inspiration to audiences during challenging times, as it has done over the decades. Since that time, we’ve presented more than 65 virtual programs, from Wyclef Jean in concert to our annual Kwanzaa celebration, garnering more than 470,000 views.

Beyond Amateur Night, what has been your most memorable experience of a performance at the Apollo?

One of my proudest moments and memorable experiences was bringing Ta-Nehisi Coates’ work “Between the World and Me” to the stage. To see artists like Angela Bassett, Joe Morton, Common and Black Thought bring Coates’s poignant words to life were moments I won’t forget. I also love to see children from across the city come to the Apollo to see one of our education department’s School Day Lives. One of the last School Day Live performances before COVID was Ballet Hispanico.

Why is the Apollo so important?

Since opening its doors in 1934, the Apollo has been a place of opportunity. The Apollo serves as a cultural and economic anchor of 125th Street which, to me, is like one of the great boulevards in the world, animating the entire neighborhood. The Theater is a beacon for the community, speaking to the incredible achievements of the artists who have performed on our stages and those that will do so in the future. But as a landmark, the Apollo is more than a building. It is, in effect, the capital of Black America, physically, emotionally, and spiritually. So, we keep it vital by continuing to be plugged into artists and the community, and by preserving its patina of action and meaning for the people of Harlem and across the US.

C.P. Lacey’s role at Amateur Night has been described as a show within the show. Tell us a little about what he brings to the event.

C.P. Lacey has been performing as “The Executioner” at Amateur Night since 1986 – this season will mark his 36th year. What’s more, he himself won Amateur Night doing impersonations and comedy prior to joining the Amateur Night cast. Even after nearly four decades he continues to bring an incredible energy to the stage, from his signature dance moves and costumes, he really keeps the audience engaged and the contestants moving, along with longtime Amateur Night host, comedian Capone and the incredible Amateur Night band.

Finally , the audience on Wednesday, and for a long time, will simply be very grateful to be in the room, I’m sure. How sure are you that they will want to boo the performers?

We know the audience is eager to be back in the Apollo’s historic theater and to see what emerging talent takes to the stage. Amateur Night has long been known for its notoriously “Be Good or Be Gone” audience, and we expect that the audience will continue to bring that energy to the house just like the performers will bring their energy to the stage.