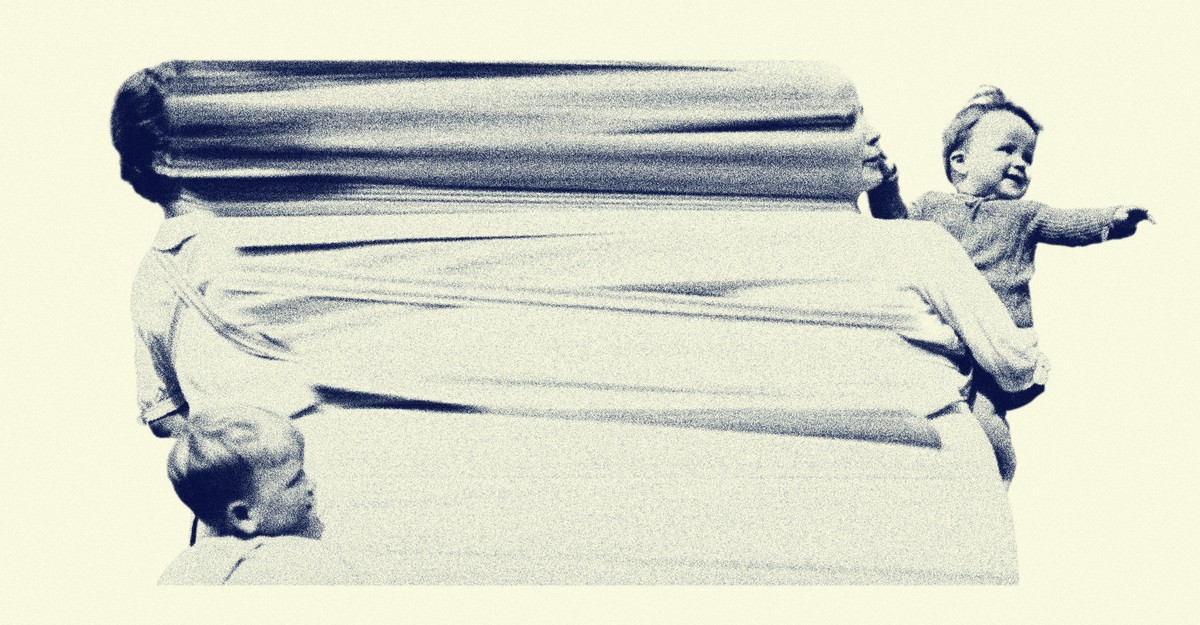 The short story “Go, Team,” by Samantha Hunt, traces a series of conversations within a group of mothers after a woman disappears into the woods during a children’s soccer game. They aren’t sure if the vanished woman is a mom, though they wonder if she might be. But even when it’s only suspected, motherhood is such an all-consuming identity that the possibility suffuses every element of their discussion. Her potential death would be a tragedy, one implies, because “she might have been somebody’s mother.”

Maintaining one’s independent selfhood while also having children can seem impossible. Penelope Mortimer’s 1958 novel, Daddy’s Gone a-Hunting, illustrates this challenge by offering a portrait of a woman who, after an unwanted pregnancy, finds herself withering under the rigid expectations of parenting. The label renders all else irrelevant; talent, she remarks, is “as useless … as a dying limb” once one has kids. Moms do, of course, regularly defy this stereotype. But across the media, those who continue to embrace their talent after their children are born are often demonized. In the horror film Hereditary, this demonization is literal, but the theme is present in literature, too—just look at The Seagull, by Anton Chekhov, or Elizabeth Costello, by J. M. Coetzee.

Nuanced portrayals of women who preserve a sense of self outside their kids are rare, but refreshing. One such example is Julie Phillips’s The Baby on the Fire Escape, which profiles several prominent mother-artists and considers how they managed to balance two identities that are often at odds. Another is Elena Ferrante’s novel The Lost Daughter, which Maggie Gyllenhaal recently adapted into a film. The work’s protagonist, Leda, abandoned her daughters for a period while they were young, because although she loved them deeply, she was unable to devote herself to them entirely at the cost of her own personhood. For this reason, Leda believes that she is an “unnatural mother”—though readers may see that what is truly “unnatural” are the demands we place on moms.

“Are you making a joke of this? This woman might have died. She might have been somebody’s mother.”

The calamity of unwanted motherhood

Hereditary and the monstrousness of creative moms

“Movies like Hereditary see something threatening about the artist-mother who is too individualistic and too rigidly professional, who creates for herself and the public while closing out her family.”

On trying to create art when the baby’s crying

“When a new child arrives, it’s as if two strangers have moved into your house. The first is the child. The second is yourself as a mother.”

📚 The Baby on the Fire Escape, by Julie Phillips

The movie that understands the secret shame of motherhood

“Leda actively tests society’s definition of a mother—she loves her daughters, but she can’t devote her entire self to them—and for that she carries both pride and shame.”

About us: This week’s newsletter is written by Kate Cray. The book she’s reading next is Either/Or, by Elif Batuman.