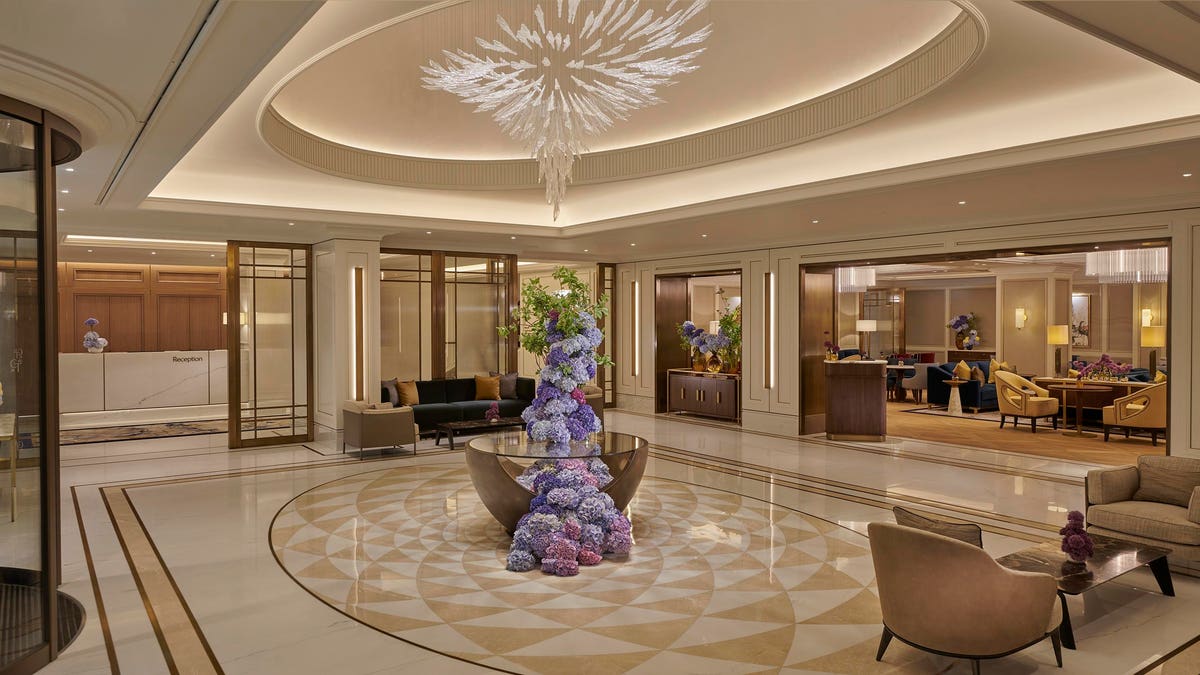 For many years the Carlton Tower Hotel was seen as one of London’s top luxury five star hotels with its ideal location just moments from the glamour of Knightsbridge and Sloane Square. However, as time went on, more luxury hotels like the Mandarin Oriental opened nearby, and the Carlton Tower began to look a bit dated in comparison.

All that changed when it reopened in summer 2021 after an extensive 18-month refurbishment at the cost of $134 million (£100 million). The hotel has been rebranded as The Carlton Tower Jumeirah and transformed in many areas rather than just a quick makeover. There are now fewer rooms to allow for larger accommodations, and everything from the spa to the restaurants has been improved. Alongside the physical changes, there are also improvements to the service and amenities offered to guests.

The hotel has a long history, and it originally opened in 1961 as London’s first tower hotel and was celebrated for being the tallest in London at the time. Originally designed by Henry End, also responsible for the interiors of the Plaza Hotel in New York, the hotel was redesigned by interior and architecture design studio ‘1508 London’.

The result feels modern but with a sense of elegance and grandeur often missing in modern hotels. Even the reception staff uniforms, which change from day to night time, have a feel of old-world glamour. Dressed in satin dresses with botanical prints to reflect the gardens, staff present you with a bespoke welcome drink as you arrive.

As the check-in process continues, the attention to detail and personalization is apparent. From personalized leather key fobs to initialed slippers, the experience is one of lovely surprises at every corner. For example, a black flannel is supplied for taking off make-up in the bathroom, and toiletries are in full-size containers by Grown Alchemist. These same toiletries are given in a small set as a turndown gift for you to enjoy at home since you can’t pinch the miniature toiletries anymore! The all-marble bathrooms feature rainfall showers, and many have deep soaking tubs.

Eighty-seven of the rooms and suites benefit from a balcony, with views across London and Cadogan Gardens, the private gardens designed in 1804. Another unique feature of the hotel is that guests have special access to the gardens and tennis courts, normally only open to residents.

The hotel’s restaurants and bars have been updated. However, the famous ‘The Chinoiserie,’ all-day dining area in the lobby, has kept its essence but refreshed with an elegant and lighter design. Here you can have afternoon tea or simply grab a drink or snack. Also, in the lobby, the bar has been given almost a modern gentleman’s club feel with rich woods, including a parquet floor, a fireplace, a marble bar top, and chairs in green hues. Their secret ingredient is the range of entirely natural aromatic spray that they used to blend their signature cocktails from Black Pepper to lemon leaves.

Formerly a masculine feeling steakhouse, the hotel’s destination restaurant has been turned into ‘Al Mare,’ offering modern Italian cuisine and more traditional hotel breakfasts a la carte. Its terrace opposite Cadogan gardens provides a pleasant spot for lunch or dinner al fresco in the summer.

One of the most well-known aspects of the hotel, the swimming pool, has been revitalized with a resort feel featuring poolside day beds and cabanas. The pool is London’s largest in a hotel with natural daylight and has a double-height glass ceiling and a jacuzzi bedside it as well.

The hotel’s health club ‘The Peak Fitness Club & Spa’ is set across three floors and has been completely redesigned. New treatment rooms have been created at the Talise Spa on the second floor. Additionally, The Peak offers studio classes and a gym featuring bespoke ‘Technogym’ equipment on the ninth floor. The Peak’s light-filled cafe with panoramic views across the capital is also by the fitness area.

With its many improvements, The Carlton Tower Jumeirah is now well placed to compete with London’s other top five star hotels as hopefully travel begins to recover in 2022. Room rates start from £675 per room per night.