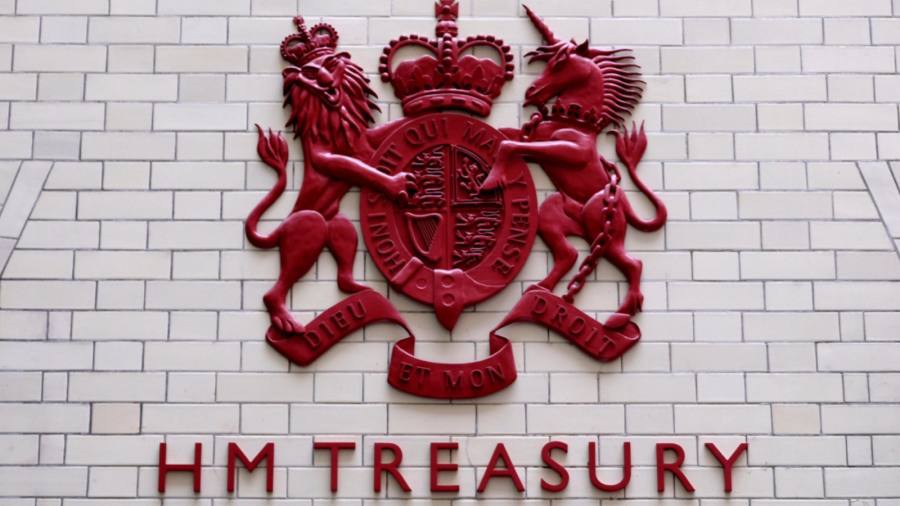 The writer is the author of several business histories. The latest, co-written with Keely Winstone, is a biography of John Stonehouse, ‘Agent Twister’

Number One, Horse Guards Road is a grey stone edifice overlooking St James’s Park. Imposing when viewed from the outside, functional like any other government department on the inside, it’s the home of His Majesty’s Treasury. It is headed by the Chancellor of the Exchequer, its civil servants are generally considered to be the best and most powerful in Whitehall and it sets the tone in which the City and its regulators operate. That tone is now changing — the latest signal is the sudden defenestration of Sir Tom Scholar, its most senior mandarin, at the hands of incoming chancellor Kwasi Kwarteng.

The modern Treasury’s relationship with the City was defined by Gordon Brown, both as chancellor and then prime minister. Immediately after Labour’s landslide win in 1997, he ripped up the existing regulatory architecture. Tradition has it that the governor of the Bank of England needed only to raise an eyebrow to bring the City to heel but Brown’s reforms changed that. The Bank was given monetary independence but lost banking supervision to a new regulator, the Financial Services Authority.

The Treasury was the guiding hand. A memorandum of understanding made it responsible for the overall structure of financial regulation, accountable to parliament. In an extraordinary mixing of messages to the regulator, the legislation that set up the FSA gave it a mandate to promote as well as regulate the UK’s financial services industry. The City loved this proof that Brown’s Treasury was “light touch”.

For a decade, this light touch was a great success. In one of his last speeches before becoming moving into Number 10, Brown declared the previous decade to have been “an era that history will record as the beginning of a new golden age for the City of London”. He was wrong. The global financial crisis burst around his premiership. It could have ruined his own and the Treasury’s reputation but they both did a quick about-turn.

Working fast with the Bank and with City advisers, the banks were saved; so too was the Treasury’s reputation. In the aftermath, the Bank of England’s regulatory position was restored and that light touch became much heavier. Stricter capital requirements, new rules for senior managers, restrictions on bonuses and the enforced ringfencing of retail banking changed the climate. Gone was the mandate to promote the City’s interests: the Treasury had learnt its lesson.

Over the next few years, chancellors came and went with no perceptible change in tone. Brexit makes it harder for the financial services industry to do business in the EU, but Britain continues to follow EU rules in financial services. There has been a drift of several thousand City jobs to Europe. The Treasury appeared unimpressed by the industry’s special pleading but then came the Financial Services Bill of July 2022, a proposed post-Brexit overhaul of the rules.

The 335-page bill followed a lengthy Treasury consultation with the industry. In an important change, it restores the regulators’ mandate to promote competitiveness and growth, albeit it as a secondary consideration. Put this alongside City-friendly proposed reforms to the stock exchange listing rules, a Treasury interest in “calling in” financial regulation it perceives to be against the public interest, threats to the Bank of England’s independence and talk of scrapping the hated EU-imposed rules that cap bonuses, the signs are that the mood has changed.

This carries risks. Looming recession requires growth points to be nurtured and as one of the UK’s biggest and most successful industries, undoubtedly financial services has a role to play in pulling the country through to recovery. But when the City gets the bit between its teeth it is very hard to rein in. It has a symbiotic relationship with government illustrated in the depths of the banking crisis: the banks got us into that mess; clever investment bankers, working with government and the Bank of England, helped to get us out. It’s the symbiosis that gives the banks special access and a hard-nosed Treasury is an important safeguard against undue influence.

Effective regulation is an incredibly delicate balance in which institutional memory should play a part. The Treasury’s two permanent secretaries at the time of the banking crisis, Nicholas Macpherson and John Kingman, have both retired. Scholar, their most recent successor, was closely involved in the 2008 rescue — his replacement has not yet been announced.

The adage that the most dangerous moment is when the last person to have worked in the previous crisis leaves the stage has rarely seemed more apt.