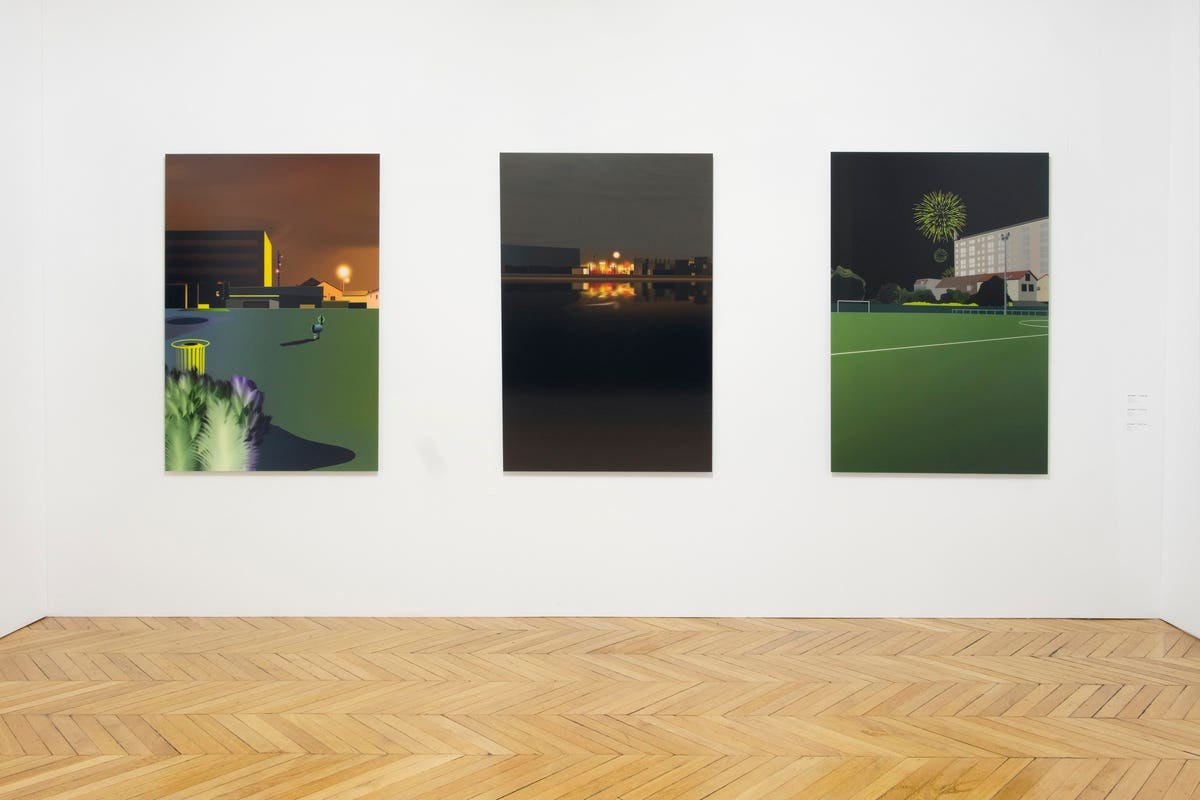 Asia Now, Europe’s first Asian art fair, will return for its 8th edition in Paris from October 20 to 23, 2022, at the same time as Paris+, the first-ever Art Basel fair in the French capital. Welcoming 60 international galleries presenting artists from Asia and its diaspora including Almine Rech, Danysz Gallery, Jeanne Bucher Jaeger, de Sarthe Gallery, The Columns Gallery, Perrotin, Yeo Workshop, Galerie LJ and A2Z Art Gallery, Asia Now is moving from the Right Bank to the Left, to the prestigious Monnaie de Paris, and will continue its exploration of the West and Central Asian art scenes, after its focus on Iran last year. Alexandra Fain, co-founder and director of Asia Now, shares her thoughts on the Iranian art scene.

How would you describe the Iranian contemporary art scene and how has it evolved over the past decade?

I’m not an expert in Iranian art yet the few I know, the more I wanted to discover. Also I can listen to the art market here and what collectors want. And what they were screaming somehow was to learn more about the Iranian art scene. The Iranian contemporary art scene is rich, dense, diverse and, over the past decade, it has certainly moved to become one of the most interesting art scenes in the world. After having challenged themes of revolution and war, it naturally focused on a form of introspection that raises awareness of different issues, such as the environment or gender, through mixed media practices including sound, as we featured this in Tehran Now last year. We naturally gathered some of the most insightful insiders of the Iranian art scene to bring to Paris Tehran Now, a selection of emerging and more established artists coming from Iran.

When you decided to expand the scope of Asia Now to welcome artists who live and work in Iran for the first time, was it because of growing interest in contemporary Iranian art in Europe?

From a geographical perspective, the fair expanded its scope to include Western Asia, welcoming artists who live and work in Iran to Paris for the first time. The Iranian art scene was already in the spotlight of Chinese and Persian Gulf collectors, and it seemed natural to expand its reach to the European scene. This only proves the intrinsic quality of such a buoyant art scene that deserves the attention of the savviest collectors from all around the world! Our mission is to showcase a selection of the Iranian art scene, which might still be too isolated from the rest of the world, not on the radar yet, while the local Iranian scene is probably one of the most vibrant in the world. Hormoz Hematian from Dastan in Tehran, Mohsen Gallery, Bavan Gallery or Salman Matinfar from Ab-Anbar in London, just to name a few of them, have been fighting hard for this to happen and we wanted to contribute to this unveiling process in Paris. The fact that many of the international galleries like Perrotin, Nathalie Obadia and Praz Delavallade also included Iranian artists in their propositions is also very meaningful and telling of their serious consideration of Iranian artists as part of their international programs.

Is the international art community finally turning its long overdue attention to Iran, or is there still some ways to go before buyers recognize its value?

The focus on Iran for the seventh edition of Asia Now was therefore completing its role since its inception of bringing to the forefront the work of visual artists who are already part of the international art scene or still under the radar yet ready to be part of the global conversation. It is all about an unveiling process to the international art community here in Paris. The selection of artists was done by the most cutting-edge galleries on the Iranian contemporary art scene. It was therefore natural that they all excelled! At the same time, Iranian artists continue to participate in international shows: a number of them were included in the exhibition “City Prince/sses: Dhaka, Lagos, Manila, Mexico City and Tehran” at the Palais de Tokyo in Paris, in the Iranian Pavilion at the 2019 Venice Biennale or most recently in the exhibition “Rebel, Jester, Mystic, Poet: Contemporary Persians – The Mohammed Afkhami Collection” at the Asia Society Museum in New York City. As a result of sanctions, Iranian artists, gallerists and collectors must navigate a complex labyrinth of global transactions in order to receive money for their art. Artists with foreign bank accounts, meanwhile, struggle to cash checks abroad with Iranian passports. It is still a bit of a battle each time to show their art outside Iran and to make transactions possible out of this.

How was the response to the Iranian platform at Asia Now? How well have the Tehran-based galleries performed, which categories or themes of contemporary Iranian art registered the most interest from collectors, what were the most significant sales by Iranian artists at Asia Now and who were the collectors?

The response to the Iranian platform was really positive, both from French and international collectors, as well as from the public! This was due to the amazing work of our advisory board, including Odile Burluraux, curator at the Museum of Modern Art of the City of Paris, who proposed an outstanding program focusing on female Iranian video artists, and Jean-Marc Decrop, a contemporary art expert specializing in emerging talents throughout Asia, on the proposition of Tatiana Gecmen-Waldeck and Anahita Vessier. The great success of the platform was also due to the amazing staging and graphic design of Studio Kargah. The overall effect of this very specific platform was to experience a sense of the dominant kenophobia, or “fear of the void”, that seems to be ubiquitous in Iran’s capital city. It helped to put all of the works of art in a familiar contextual environment that made all of the galleries perform very well! Sales met their expectations accordingly and they had the opportunity to meet up with senior curators of major institutions in Paris and Europe, as well as serious collectors.