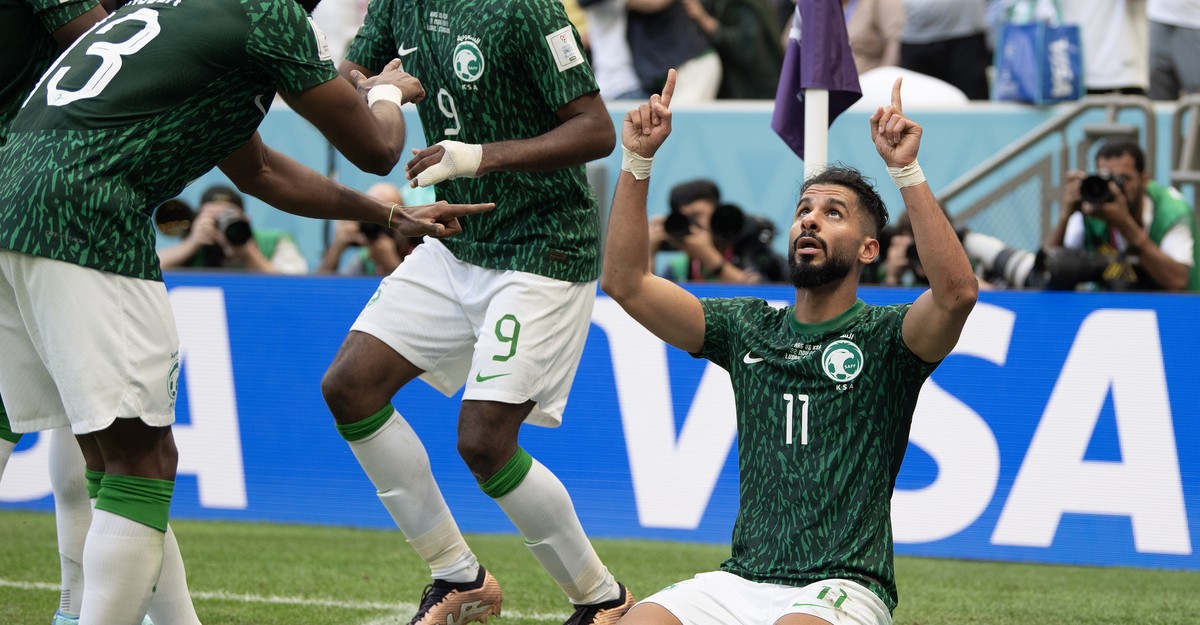 I was in a gym in Beirut the summer of 2010, a few weeks before the World Cup was to start. As was usual for Lebanese gyms in those days, everyone sat on benches and workout machines chatting and catching up. All looked good in their coordinated sporting outfits, and they all knew one another. Though I am Lebanese, I was clearly an outsider. No one knew me; presumably they thought I was either passing through or new to the neighborhood. I was wearing a T-shirt that didn’t match my shorts, so I must have lived abroad, and that T-shirt was sweaty. I was definitely not one of them.

I exaggerate a little. Out of the dozen or more gym-goers milling about, there might have been one other who was sweating. But they were kind, or curious, or something, because as soon as I passed by, one woman asked which team I was supporting for the World Cup. I was rooting for Spain at the time; I loved how they played and I adored the midfielder Andrés Iniesta. I told them that I usually rooted for Brazilian teams, but not that year. And I was looking forward to seeing how the U.S. would do.

I heard prolonged sighs all around me. The woman’s face dropped. She asked me if I was sure I was rooting for America. I’m usually slow on the uptake, and I certainly was that day. “Oh, yes,” I said. “They have a bunch of young players who try so hard, run like crazy, and leave everything on the field. And I love underdogs.” She came back at me with the same question, only with an added bucketful of incredulity. I was cheering for the American team? I told them I was, and I explained that, even though I’m a political person by nature, I don’t always think of World Cup teams in political terms. “How can you not?” the woman asked me.

I thought about that conversation yesterday while watching the Argentina–Saudi Arabia match, as soon as the Saudis scored their second goal. I had awoken way too early to watch the game, certain that Argentina would win and that I would enjoy watching them do so. My reasoning for both was simple, or so I thought. Typically, the only Arab teams that have a chance to not embarrass themselves at international tournaments are from North Africa, not the Persian Gulf; I would be happy if Argentina won the tournament, because I’ve relished watching Lionel Messi for so long.

Before the game started, I didn’t think much of the fact that I could name every Argentine starter, yet not a single of the Saudis. But as soon as the Saudi team scored, I realized that, although I might not be very upset if Argentina lost, I certainly did not wish for a Saudi win. My displeasure was visceral.

Call me a bad Arab, why don’t you?

I was interviewed by a BBC Radio reporter who asked me how I felt about the World Cup being held in an Arab country for the first time. I wasn’t able to parse out everything about this complex issue in the moment. Yes, it was about time that a country in the Middle East hosted a World Cup. Of course, Qatar would use the tournament to “sportswash” its own reputation; many World Cup host countries throughout history have done some version of the same. (The worst offender would have been Hitler’s Germany, had it been allowed to host the event in 1942; due to its cancellation, the 1934 tournament in Mussolini’s Italy has the top spot). Although it has denied the allegations, Qatar is widely presumed to have bribed its way into being a host nation, but, in recent years, the honor has seldom been granted without some rumored exchange of favors. FIFA is notoriously corrupt.

So am I happy that the tournament is in Qatar? Obviously not, but for apolitical reasons: Because it’s happening in winter, the Premier League season was interrupted with Arsenal at the top.

That being said, I didn’t root against the Qatari team. I may disapprove of the regime, but I didn’t associate the team with its government.

I didn’t root against the Iranian team, either. I loathe the regime, but the players went as far as not singing the national anthem before the game, and protesting the atrocities of said regime.

But I did root against the Saudis. I couldn’t separate this team from its regime.

I’m not sure exactly why my reaction was different in this case. I’m not even sure the Saudi regime is that much worse than the Iranian one, or even the Israeli one, in terms of its relations with Lebanon. But, yesterday morning, something seemed to have shifted in my ability to support the underdogs. Maybe it was the murder of the journalist Jamal Khashoggi. Maybe it was Messi losing.

I guess that, at times, I do think of teams in political terms. Or I must be a bad Arab.

Listen to staff writer Franklin Foer on a special episode of “Radio Atlantic”: