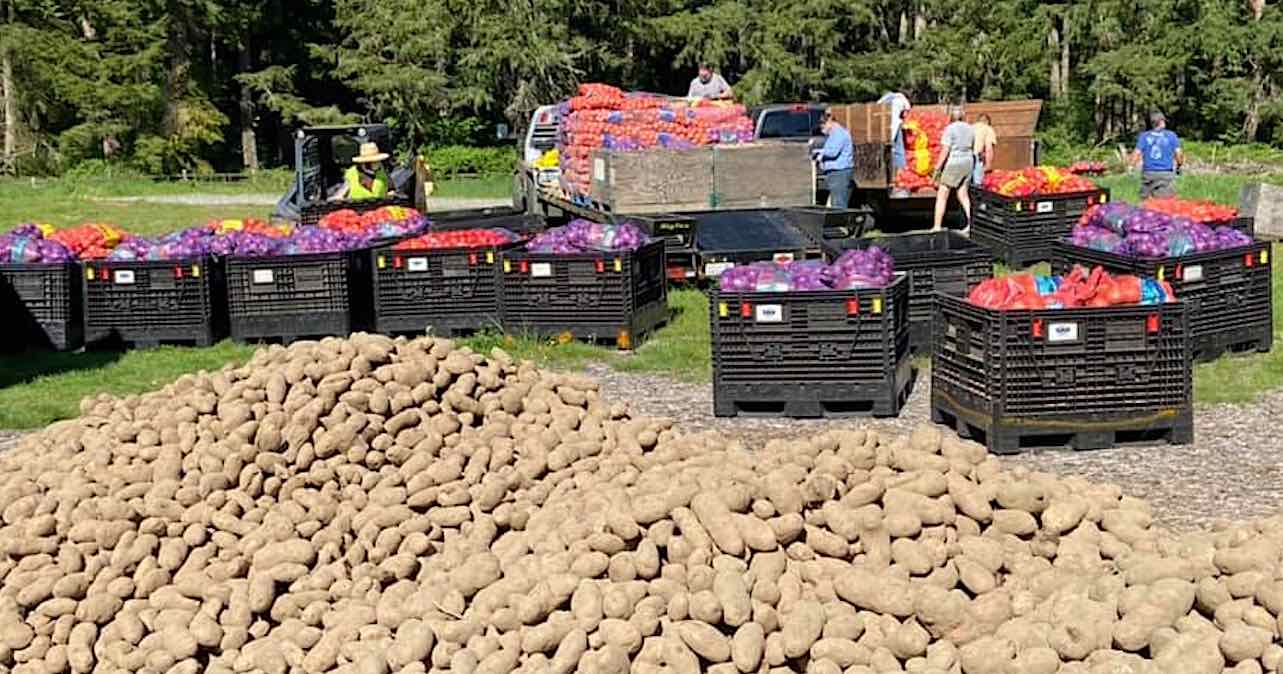 The humble potato, which contains a natural antibiotic that destroys harmful bacteria, could hold the key to beating hospital superbugs in the future, according to research from a multinational team of researchers in Europe.

The compound, called solanimycin, combats a host of fungi that wreak havoc on crops. In these recent experiments, it killed Candida albicans, which causes possibly-dangerous infections, like thrush in women.

Most current therapeutic antibiotic compounds originate from soil microbes—and the solanimycin findings show that plant-based microorganisms should get a closer look.

The research team see the discovery as an encouraging sign that plant pathogens could be coaxed to make compounds that may be used not only against plant fungi in crops that have developed resistance to treatments, but also against the growing threat of antimicrobial resistance in humans.

“We have to open to the exploration of everything that’s out there to find new antibiotics,” said Microbiologist Rita Monson, Ph.D., at the University of Cambridge who co-led the study.

This week in mBio, the team reported the discovery of solanimycin, initially isolated from a pathogenic bacterium that infects potatoes, that appears to be produced by a broad spectrum of related plant pathogenic bacteria.

The pathogenic potato bacterium Dickeya solani, which produces solanimycin, was first identified more than 15 years ago—and researchers at Cambridge have been investigating its antibiotic potential for a decade.

Those previous discoveries, together with the analysis of the genome of the bacterium, hinted that it might synthesize additional antibiotics, also with antifungal potential.

That hint paid off: Matilla, Monson, molecular microbiologist George Salmond found that when they silenced the genes responsible for the production of oocydin A, the bacterium continued to show antifungal activity.

The bacterium uses the compound sparingly, producing it in response to cell density. An acidic pH environment—as that present in a potato—also activates the solanimycin gene cluster. Monson said it almost looks like a clever protective mechanism.

“It’s an antifungal that we believe will work by killing fungal competitors, and the bacteria benefit so much from this,” said Monson. “But you don’t turn it on unless you’re in a potato.”

CHECK OUT: Cannabis-Fed Chickens May Cut Antibiotic Use on Thailand Farms

Monson said the researchers have begun collaborating with chemists to learn more about the molecular structure of solanimycin and better understand how it works.

She and Matilla hope for further testing of the compound using plant and animal models—and will focus near-term on trying to use this antibiotic antifungal for crop protection.

SHARE The Hope With Science Lovers on Social Media…