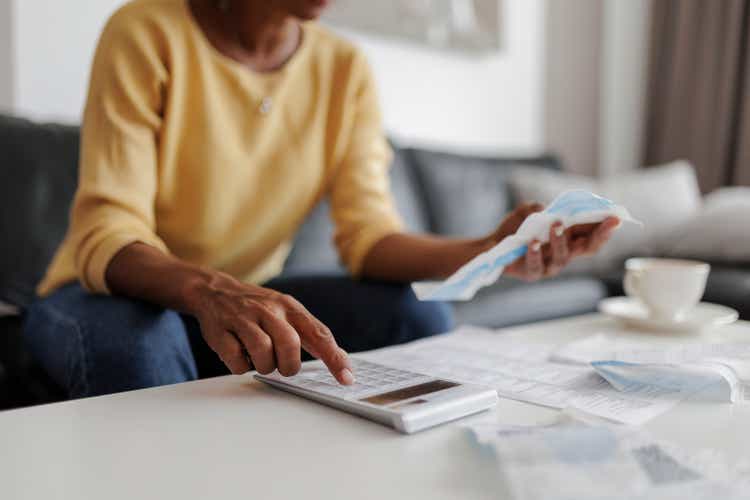 Inflation was low when I wrote the article It’s Time For Inflation Hedges: Consider Gold, Mining Stocks And Farmland. Two years have gone by, and inflation certainly accelerated, from 1.4% to 8.2%. But how have the possible inflation hedges performed?

The article’s conclusion was, “There is no asset that is obviously a slam dunk for an inflation hedge, but gold, mining stocks and farmland should be considered.” Farmland did turn out well, but “no slam dunk” was the wisest part of the article.

Gold was at $1,905 the day before the article was published. Two years later it’s at $1,621, having lost 15% of its value. That’s a pretty bad inflation hedge. Inflation pessimists laugh at people who keep their assets in cash or short-term investments while its purchasing power is declining, but at least those people didn’t lose any money.

For mining stocks, we can look at the S&P/TSX Global Mining Index, which includes companies mining a variety of metals as well as other minerals. That index fell from $96.52 when the article was published to 92.38, a drop of only four percent, so better than gold by itself. But when dividends are included, the total return was a positive five percent. That does not recover the lost purchasing power due to inflation, but it’s better than cash or other short-term interest rates. As the earlier article noted, mining stocks usually make profits from operations, so they are both a bet on the underlying commodities as well as the company’s ability to earn money on an on-going basis.

An index focused on precious metals mining, The U.S. Global GO GOLD and Precious Metal Miners Index, did much worse, falling 40% over the past two years.

Finally, let’s look at the farmland investments mentioned two years ago. Farmland Partners (FPI), a real estate investment trust, was trading at $6.40 the day before the first article was published. Recently it went for $12.76. The REIT also paid 42 cents of dividends over that period, so investors more than doubled their money.

The two farmland REITs were certainly the way to go back then. But a good reflection of the uncertainty was captured in a paragraph of the earlier article. “We lack good data over multiple inflation spells to know for sure how different assets perform as inflation hedges, and of course plenty has changed since the early inflation episodes, such as Egypt under Ptolemy IV (221-204 BC), Rome (from Nero through Claudius II) or China during the Song Dynasty (960-1279).”

There’s no assurance that farmland will continue to be a good inflation hedge. Both the REITs mentioned had solid price gains early in the period, then a smaller bump when Russia invaded Ukraine. But plenty else was happening in the world that would impact food production and thus farmland values. There’s no assurance that these factors will play out in the future as they did in the past.

The best lesson is that investors should stick with basic truths, such as the long-run growth of stock prices and the risk reduction of diversification. Too much focus on hedging a short-run risk can blind one to those basic truths that should dominate investment decisions.