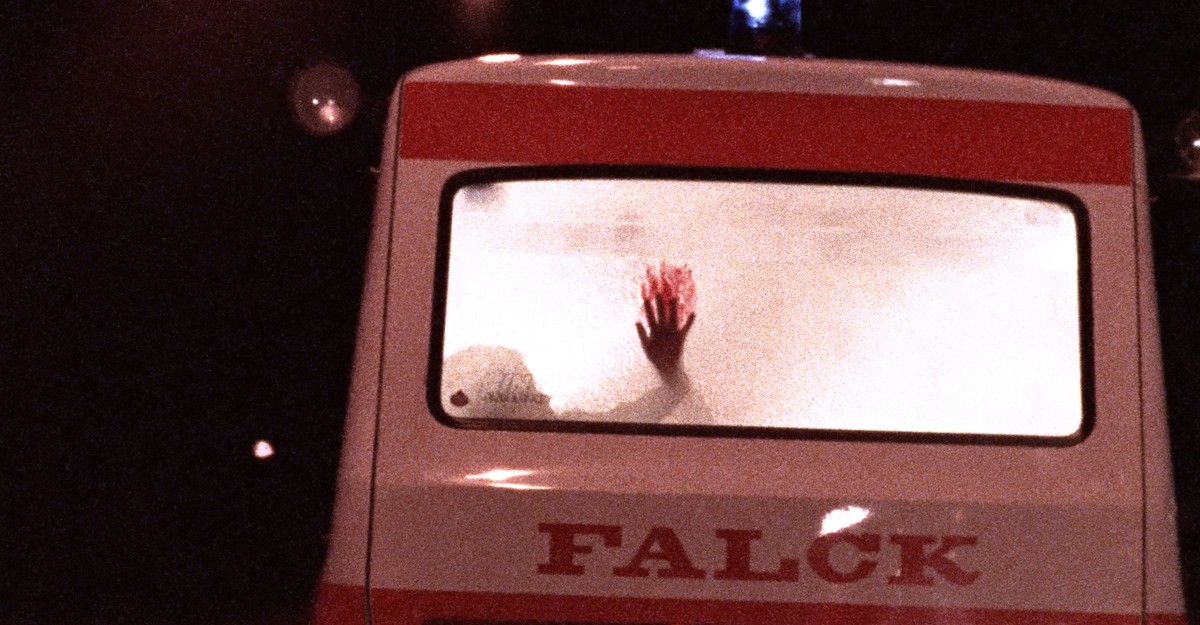 The Kingdom, Lars von Trier’s 1990s miniseries about the supernatural goings-on in a Copenhagen hospital, isn’t your average medical drama. The focus isn’t on mass emergencies, rushed consultations, or code blues. Instead, the first episode features a tedious argument about who has administrative clearance to order CT scans. Also: A medical student steals a cadaver’s head, an occultist masquerading as a patient goes ghost-hunting, and two seemingly clairvoyant dishwashers offer cryptic commentary. The Kingdom is less ER than it is Scrubs by way of Twin Peaks—a hospital farce with paranormal tendencies.

By the end of the pilot, however, it’s obvious that von Trier is making more than a spooky workplace comedy. The most haunting scene is one not in which we glimpse ghosts, but in which we learn that the hospital’s celebrated neurosurgeon botched an operation that left a young girl with catastrophic brain damage. Many such acts of malpractice and medical machismo dominate the original eight episodes. Some events are played for laughs—for instance, the chaos that ensues when one doctor tries to turn another into a zombie—but the critique is clear. Even as the show focuses on unearthly forces, it insists that the true enemies are closer at hand, walking the corridors in white coats, and occasionally gathering for frat-like “lodge” rituals. In The Kingdom, cronyism, bureaucratic inertia, and medical hubris do more harm than any ghoul.

Put another way, the show offers a crash course in what the philosopher Hannah Arendt called the “banality of evil.” Von Trier might seem to be an unlikely messenger for this critique, given his previous pro-Nazi musings, but here he aims his impudence at the arrogance of a blinkered elite more concerned with, say, securing a private parking space than with their patients’ lives. Or, as one of the dishwashing prophets puts it, offering his own appraisal of the growing chaos, “It may start as stupidity but it will end as evil.” That line could very well serve as a motto for the series, which is returning after 25 years for a third and final season, titled The Kingdom Exodus. The first new episode aired on Mubi yesterday, following the rerelease of the first two seasons earlier this month; the remaining four episodes will air weekly.

The timing is auspicious, given that the series’ satire of institutional incompetence seems custom-made for our current moment. Consider the the eerie prologue that precedes the original episodes: As a camera pans across a desaturated, fog-covered expanse, a voice-over solemnly informs us that these are the boggy grounds on which the hospital was built to house “the best brains in the nation and the most perfect technology.” But, we’re told, “tiny signs of fatigue are appearing in the solid, modern edifice.” The idea of a public institution built on a compromised foundation will have new resonance for American viewers, who, in the past decade, have witnessed a series of staggering systemic failures—of democracy, public health, and civic infrastructure. When, later in the first episode, an orderly announces that “the water has undermined everything,” it’s hard not to see the show’s portrayal of a sinking behemoth as a metaphor for our own national predicament.

As the series progresses, von Trier seems to relish imagining the endgame of such systemic failure. Over the second season, the hapless neurosurgery chief, Einar Moesgaard—Denmark’s answer to Leslie Nielsen—abandons his duties to practice regression therapy in the basement. The hospital’s resident mad scientist transplants a diseased organ into his own body for research purposes. Some medical staff are spending much of their time betting on ambulance drag races. Oh, and a demonic former doctor played by Udo Kier fathers a child who emerges from the womb a monstrously big and long-limbed baby, also played by Udo Kier.

The Kingdom’s documentary style—the show is shot on 16mm film, using handheld cameras—lends this Grand Guignol a certain sepia-toned realism. It’s one of the features that distinguish this series from better-known supernatural shows of the 1990s, including the original Twin Peaks (1990–91), an avowed inspiration for von Trier, and long-running hits such as Buffy the Vampire Slayer (1997–2003) and The X-Files (1993–2002, 2016–18), which leaned more heavily on an episodic, monster-of-the-week structure. By contrast, The Kingdom, as if anticipating the Dogme 95 movement von Trier would help found, locates much of its horror in the everyday. Despite its undeniable creepiness, the show is ultimately, to paraphrase Buffy’s Rupert Giles, “more normal and less … para.”

One doesn’t need to be a fan of von Trier, a long-standing agent provocateur, or of his equally provocative cinema, to appreciate the show’s sharp assessment of incompetence carried out under the cover of occupational prestige. Even those who actively dislike his films may appreciate the show’s cheeky flourishes—the in-person cameos von Trier puts in at the episodes’ end, or the title card that gives way, like the elevator doors in The Shining, to a geyser of blood. Such gestures provide a respite from the veneer of respectability that has settled over a certain subset of “quality” TV in the years since the series’ original run.

Amid COVID-era assaults on science and public-health measures, a withering send-up of the medical profession might seem to be the last thing we need. In fact, The Kingdom is just the provocation we deserve, one that asks viewers to question not medical science, per se, but the reflexive worship of science, and the abuse of professional cachet for personal ends. The hospital’s doctors may have fancy STEM degrees, after all, but they’re also dangerously, if hilariously, oblivious, both to the human damage they cause and to the dark forces that are rising. In this sense, von Trier’s supernatural soap opera is a cautionary tale. In the world of The Kingdom, those endowed with the most power are, unfortunately, most likely to exploit it.