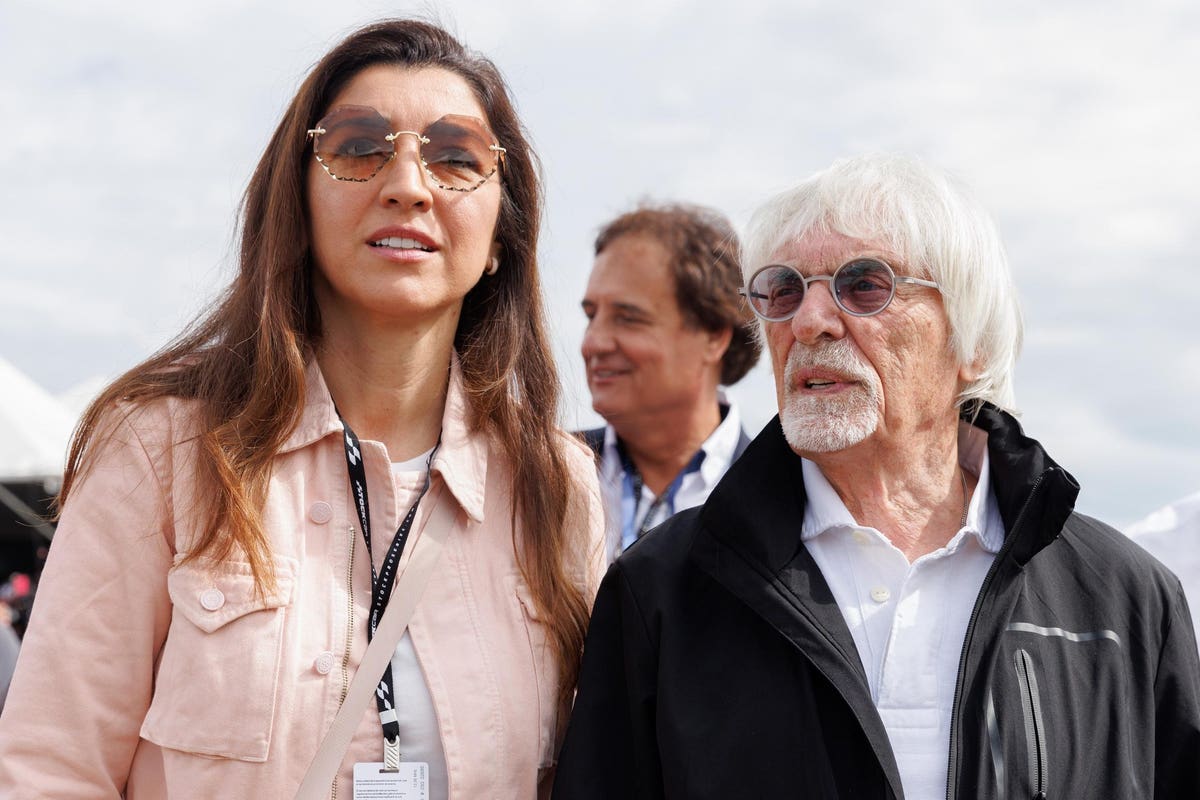 The 2022 Formula 1 season is fully baked, the formidable Red Bull driver Max Verstappen has claimed his driver’s championship, but the occasion of the November 13 Brazilian Grand Prix in Sao Paolo avails us of an opportunity to check in on the effervescent icon and former “F1 Supremo” Bernard Charles “Bernie” Ecclestone, a hale 92, who attended the race and its runup in Sao Paolo with his Brazilian wife, a Fédération Internationale de l’Automobile (FIA) vice-president and ambassador for South America, Fabiana Flosi Ecclestone.

That Mr. Ecclestone has led a long and colorful life, even within the confines of what might approximate for an ordinary, non-Bernie billionaire mortal as “retirement,” is a given. But in Ecclestone’s case the definition of a that whole quiet stage of nonagenarian life is more than just plain different.

Compared to 2016-7 when Mr. Ecclestone sold his Delta Topco shares to Liberty Media — Delta Topco being the parent company in the Ecclestone structure that controlled Formula 1 — he doesn’t figure large on the cover of the world’s sports pages, thus his 2022 has been understandably quieter than the last quarter of his reign as “F1 Supremo.” But that does not mean things have been quiet.

Naturally, the formidable Ms. Flosi Ecclestone figures large in this phase of his life, and, in step with the pandemic over the last two years, the couple retreated as many did to their more rural properties. The result is that Mr. and Mrs. Ecclestone have spent quite a lot of the last couple of years on their 500-acre coffee plantation, Fazenda Ycatu — which roughly translates as the “Farm of Abundant Water” — so named for the many mineral springs in the rolling highland foothills of the Sierra de Cantareira mountains.

It’s a natural move, restoring an old coffee plantation in the rural municipality of Amparo region. The entire state of Sao Paolo, to which the Ecclestone’s Fazenda belongs, is a traditional 19th-century bastion of Brazilian coffee, justly renowned for its silky, low-acid brew. The coffee economy jump-started the multicultural powerhouse of Sao Paolo — the city and the state — that we know today, drawing immigrants from all over the world. As many branches of agriculture did, Brazilian coffee suffered a crash during the Great Depression, and by 1930 many Sao Paolo plantations were defunct. Such was the case of Amparo and its district, where the Ecclestones bought Fazenda Ycatu in 2012.

Not being idle sorts, Mr. and Mrs. Ecclestone have invested heavily in restoring the arable land and in state-of-the-art drying and processing equipment. It’s also one of the prime spots where the couple sheltered during the pandemic, and these two years down on the farm afforded the Ecclestones the opportunity to hone their production and marketing. The Ecclestones have been very successfully marketing their “Celebrity Coffee” brand for a decade now.

In fact, the brand has garnered regional and national awards and enjoys great popularity in Sao Paolo and southeastern Brazil, which success has led to the Ecclestone farm’s becoming one of the leading producers reviving local craft coffee production across the region. The Ecclestone fazenda in Amparo is but a short 90-mile chopper ride from Sao Paolo — choppers being the preferred Ecclestone mode of local transport, given Brazil’s challenged rural highway system — hence the former F1 Supremo’s background presence at Formula 1’s Sao Paolo Grand Prix.

Once a motorhead, always a motorhead, would be the obvious motive for the appearance. But in Ecclestone’s special case, his having been a driver in the 1950s, a team owner and constructor in the 1980s, and a fundamental architect of the sport itself as he basically invented its television licensing — which, over the last 40 years, catapulted the international road show into unprecedented heights of popularity — is encoded so deeply within his DNA helix that an F1 event occurring anywhere on the globe without Ecclestone at least performing a fly-by into the paddock was formerly unthinkable. But the fact is that the magnate has sold his baby, thus his appearances are now only occasional, taking on a certain lion-in-winter aspect.

If he targets some detail that he dislikes, he may or may not whip his trademark son-of-a-Suffolk-commercial-fisherman crustiness out of its well-worn scabbard, but any sword-rattling that’s done is made from an emeritus standpoint and must be read through that filter. It’s an obvious fact but it does change things: He’s not the sitting “F1 Supremo” any more. Which is not to imply that Mr. Ecclestone’s blade found a target earlier this month, nor that his appearance was anything but agreeable.

But it’s clear that his bite has not abandoned him. In late June — with the F1 season fully underway — Mr. Ecclestone sat for a televised interview with the immensely popular morning talk Good Morning Britain, in which he stated that Vladimir Putin was a “first-class” person and that Putin delivered precisely what he promised as Formula 1 brought the race to Russia on Ecclestone’s watch in 2014. In his characteristically crusty way, Ecclestone opined that “I’d still take a bullet for him. I’d rather it didn’t hurt, but if it does I’d still take a bullet, because he’s a first-class person.”

The blowback was global, instant and severe. While it could just barely be argued that the statement was vintage Ecclestone extemporaneous speech, and that Ecclestone had in fact also pointed out that Putin had made a mistake, it was not read with any sort of forgiving nuance. On the contrary. The episode only heightened the klieg lights on Ecclestone’s miscalculation — his towering lack of acknowledgement of the Ukrainian war’s daily reality. For its part, Formula 1 sought immediately to distance itself from its emeritus, and no less a racing icon than champion driver Lewis Hamilton was moved to state, “We don’t need any more of it, to hear from someone that believes in the war, and the displacement of people and killing of people, and supporting [Putin] is beyond me.” A week later Ecclestone issued an apology, and the issue faded from the news cycle.

Too-casual extempore forays into white-hot geopolitical debates aside, perhaps the ultimate proof of Mr. Ecclestone’s non-retirement retirement is the fact that Celebrity Coffee is now a Formula 1 vendor.