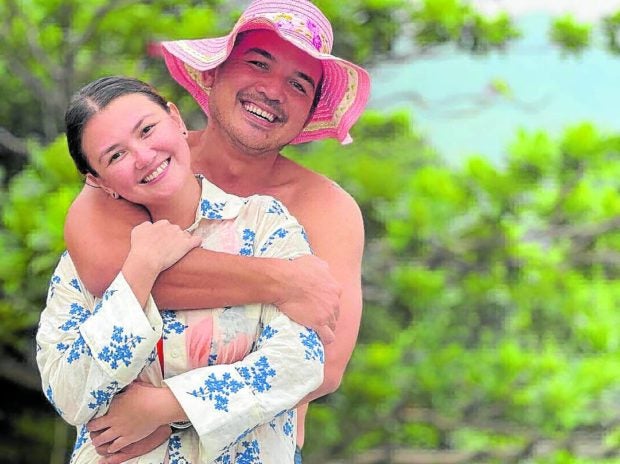 Is there anyone who can confidently say she’s an expert on love and moving on?” asked actress Angelica Panganiban, who added that more than making the audience cry in her dramatic films and teleseryes or making them laugh in her sitcoms, the most difficult for her is being part of a project that requires her to give love advice.

“What tips and techniques can you possibly give a person so that she will continue to live a happy life, so that she will no longer experience heartbreak? All you can do is just be a friend to her,” said Angelica, who hosted a 30-minute talk show about love titled “Ask Angelica” in 2020.

“And if it’s you who would be asking an advice from a friend, what answer would you like to hear from her? Because most of the time, you already know what to do, you just don’t want to do it. You need to learn about life and relationships on your own.”

“That, I guess, is the best advice I can give: Allow yourself to learn from your experiences. After all, you’re the only one who can fix your own life,” said Angelica during a recent media conference to promote her latest romantic comedy series, “The Goodbye Girl,” which will start streaming on iWantTFC on Feb. 14.

For his one great love

Angelica said she has had random people come up to her for advice. “Over dinner, a common friend would sit beside me, as if we’re close, and would then start to tell me about her love life. In my mind, I’d say, ‘I don’t know you, but OK. I’m game!’”

Based on the book of the same name by best-selling author Noreen Capili, “The Goodbye Girl” illustrates the five types of heartbroken women. The show is narrated by Yanna (Angelica), a financial advisor-turned-author whose world crumbles when her husband, Y (RK Bagatsing), announces that he will be leaving her for his one great love. As a reaction, a drunken Yanna goes live on social media about her miserable situation. Her relatable story goes viral overnight, and she becomes known as “The Goodbye Girl.”

Empowered by people’s reaction, Yanna finds a new purpose in life, which is to give online advice to people who have gone through the same thing. She later gets a book deal from a charming publisher named Jeff (JC De Vera) to write about the stories her followers have shared with her and the advice she’s given them.

When asked what she would personally like to consult Goodbye Girl about her love life, Angelica said: “I can’t think of anything to say to her because we have different experiences now. If ever, I would just ask her to give a message to the old me, the Angge (her nickname) who is so dumb when it comes to handling romantic relationships. I want to tell her, ‘Keep going, girl! You’ll eventually get to the finish line. Matatauhan ka rin.’”

Panganiban in “The Goodbye Girl”

The actress has been dating businessman Gregg Homan for over a year now.

Angelica, who first became identified with rom-coms when she played Mace in Antoinette Jadaone’s “That Thing Called Tadhana” in 2014, said she was aware that supporters have been calling her the “Hugot Queen” ever since.

To this, she said: “My initial reaction was to feel offended and hurt, but look at where it led me. You can’t dictate to your audience what title you want them to give you. Now, people come to me when they feel that no one is willing to listen to them. Iba rin ng dating. They would write letters or send me tweets, especially when I was still doing ‘Ask Angelica.’

“It feels good that they’re comfortable sharing with me their struggles. As a result, I also feel inspired. I may not have experienced what they went through, but their stories allow me to reflect. The advice I give them, I am also able to apply to myself. In a way, these stories are also helping me become a better person. We are able to help each other,” she pointed out.

Who would she rather be in a failed romantic relationship, the person who leaves or the one who gets left behind? “Of course it’s always more painful for the one who got dumped because you’re always not ready for it,” Angelica explained. “If you’re the one who left, you’ve already planned your move early on. You’re prepared emotionally. You’ve managed to convince yourself that you need to do this because the relationship has probably become too toxic for you. It’s actually difficult to be on either side. They’re equally painful.”

Directed by Derick Cabrido, “The Goodbye Girl” streams on Feb. 14, with a new episode dropping daily on the iWantTFC app and website (iwanttfc.com). The series is produced by Dreamscape Entertainment and Clever Minds Inc.