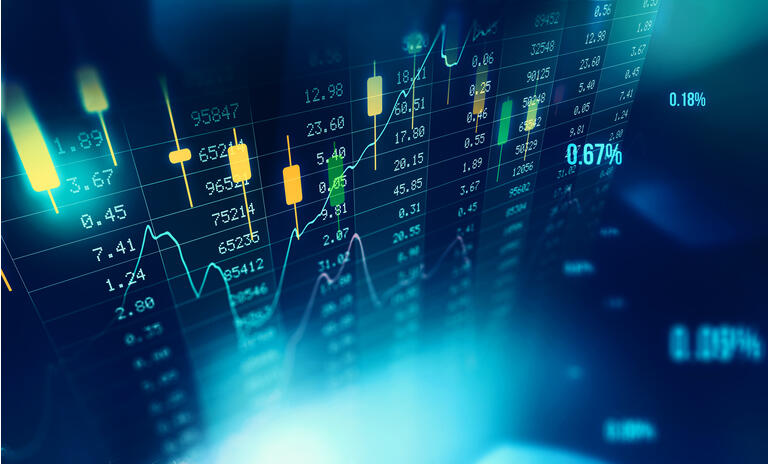 At a 15 December meeting, the Securities and Exchange Commission (SEC) proposed changes to the rules governing money market funds (MMFs) aimed at dampening the impact of investor withdrawals on prime (credit) MMFs during periods of stress.

If adopted, these proposals would reinforce the role of regulated money market funds as a tool designed for pure same-day liquidity management. As such, the returns for investing in prime MMFs would have diminished appeal due to these additional regulatory constraints.

Instead, we believe that many investors may opt for a more active approach that entails managing cash in multiple liquidity tiers, thereby enjoying the best of both worlds – the same-day liquidity of money funds with the prospective total return potential from longer-horizon investments.

We believe that the SEC’s approach correctly signals the need to further safeguard liquidity via modified regulation given the experiences of prime MMF investors during 2008 and at the outset of the COVID-19 pandemic.

Several of the proposed rules seek to have prime MMFs and their investors internalize the cost of liquidity by increasing the amount of liquid assets the funds are required to hold – a move which we are in favor of – and consideration of a “swing pricing” mechanism – a reform that we do not think is operationally feasible across retail funds in the U.S.

We are encouraged to see that the SEC rule proposal seeks to address systemic issues in liquidity markets, including highlighting risks of credit in the most-conservatively regulated rule 2a-7 funds and removing the link between the percentage of liquid assets held by prime MMFs and the imposition of gates or fees. We view these elements as areas of risk which materialized once again in prime money market funds during March of 2020.

Déjà vu, how we got here

The shortcomings of MMF regulations became apparent in September 2008, when Lehman Brothers went bankrupt, causing the Reserve Primary Fund to “break the buck” and reducing the value of its investors’ shares to $0.97 (from $1 par).

Even though Lehman commercial paper represented less than 1% of fund assets[i], rapid outflows ensued, forcing the fund to liquidate. A cascade of problems for money markets stopped only after the Federal Reserve introduced programs to support markets. In response, in 2010 and 2014 the SEC adopted rules intended to make prime MMFs more resilient.

An important change in these rules was a requirement for prime MMFs to hold a minimum percentage of assets that could be converted to cash within seven days (weekly liquid assets, WLA).

If MMFs did not meet the WLA requirement, then an MMF’s board could impose redemption fees or gates that would prevent investors from redeeming their shares.

This change was aimed at ensuring MMFs could satisfy redemption requests. However, recent episodes of liquidity fears reveal that the gates and redemption fee were not effective and that additional safeguards may be needed.

To be sure, in March 2020, it once again became apparent that the current regulatory regime for prime MMFs was insufficient. Prime MMFs were faced with an onslaught of requests for cash by individuals amid a market with limited appetite to digest even the shortest of credit-sensitive assets, including commercial paper.

Furthermore, what was intended to be the panacea for previous liquidity squeezes in money market funds – the minimum weekly liquid assets threshold requirement – ultimately became the poison and had the unintended side effect of focusing investors on the WLA target.

This turned an intended buffer into a cliff that accelerated the demand for cash. Only once the Federal Reserve implemented its litany of liquidity and credit-enhancing programs – including the Money Market Mutual Fund Liquidity Facility (MMLF) and the Commercial Paper Funding Facility (CPFF) – was order in money markets restored.

The future of liquidity – what this means for investors

Although we do not expect the latest set of SEC proposals to be adopted until later in 2022 at the earliest, the necessity for investors – both retail and institutional – to reexamine liquidity management protocols has already begun.

Based on investors’ reactions to prior MMF reforms, we should expect to see a decline in assets under management in prime MMFs. We believe this will be driven in part by risk-averse investors who want to avoid uncertainty with their cash allocation.

As has been the case since our initial pleas in 2005, we believe regulatory changes for money markets present an opportunity for active investors who are able to nimbly navigate the conditions. The question for prime MMF investors is whether the additional yield is enough to compensate them for putting cash at risk given the proposed new liquidity guidelines and potential for floating NAV structures.

To be clear, PIMCO maintains that government money market funds and Treasury (repo) holdings provide an efficient tool for same-day cash liquidity. But as the new, but more rigid paradigm for prime funds coalesces, more favorable opportunities will likely emerge for cash investors seeking to balance the need for same-day liquidity offered by government money market funds, and the higher yield available from longer-term cash investments.

These changes will, in our view, inspire investors to adopt a more prudent approach to cash management by mechanizing cash forecasting. In doing so, many cash investors may soon realize that their need for immediate liquidity is much less than they currently estimate, thereby potentially putting them in a structurally advantaged position to earn liquidity premiums and additional total returns over time.

Please note that the following contains the opinions of the manager as of the date noted, and may not have been updated to reflect real time market developments. All opinions are subject to change without notice.

A word about risk: Investing in the bond market is subject to risks, including market, interest rate, issuer, credit, inflation risk, and liquidity risk. The value of most bonds and bond strategies are impacted by changes in interest rates. Bonds and bond strategies with longer durations tend to be more sensitive and volatile than those with shorter durations; bond prices generally fall as interest rates rise, and low interest rate environments increase this risk. Reductions in bond counterparty capacity may contribute to decreased market liquidity and increased price volatility. Bond investments may be worth more or less than the original cost when redeemed. Short-term investments will be more volatile than traditional cash investments and their value will fluctuate. The investments may also invest a portion of their total assets in junk bonds. Short term strategies are not federally guaranteed and may lose value.

Money Markets are not insured or guaranteed by the FDIC or any other government agency and although they seek to preserve the value of your investment at $1.00 per share, it is possible to lose money.

Statements concerning financial market trends or portfolio strategies are based on current market conditions, which will fluctuate. There is no guarantee that these investment strategies will work under all market conditions or are appropriate for all investors and each investor should evaluate their ability to invest for the long term, especially during periods of downturn in the market. Outlook and strategies are subject to change without notice.

PIMCO as a general matter provides services to qualified institutions, financial intermediaries and institutional investors. Individual investors should contact their own financial professional to determine the most appropriate investment options for their financial situation. This material contains the current opinions of the manager and such opinions are subject to change without notice. This material has been distributed for informational purposes only. Information contained herein has been obtained from sources believed to be reliable, but not guaranteed. No part of this material may be reproduced in any form, or referred to in any other publication, without express written permission. PIMCO is a trademark of Allianz Asset Management of America L.P. in the United States and throughout the world. ©2022, PIMCO