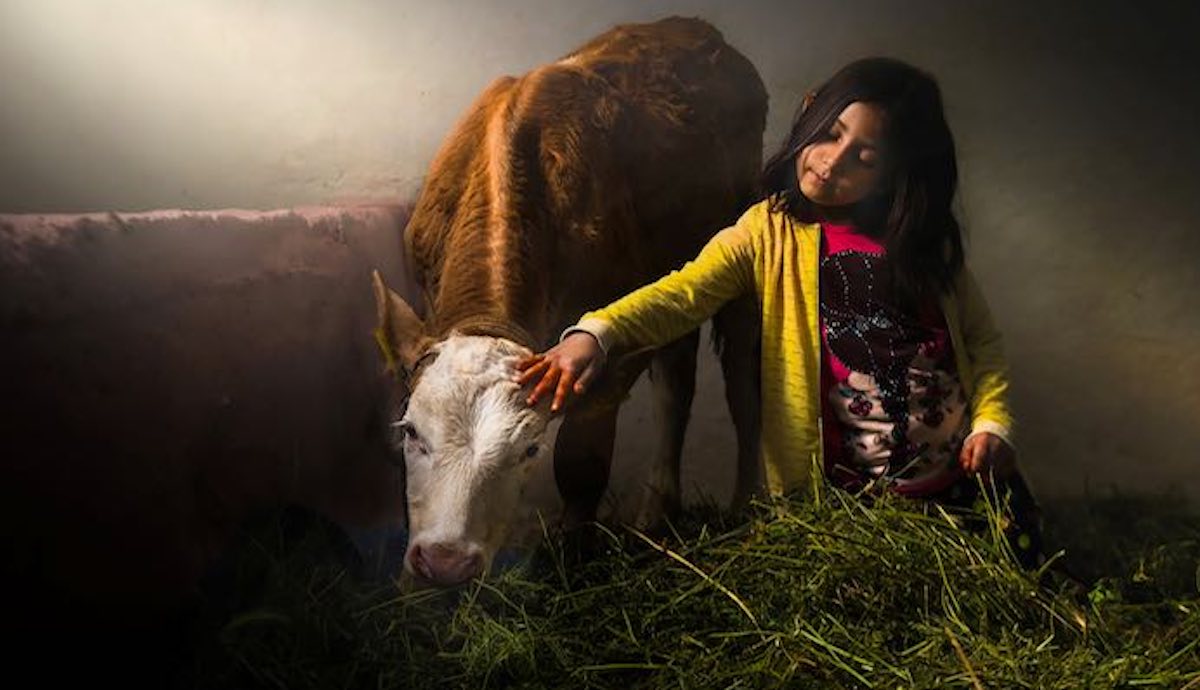 While media outlets talk about the “Age of Extinction” for species, they never seem to include the multitude of good news—and there was a lot from 2021 to be thrilled about.

Wildlife of all kinds have been recovering for decades in great numbers. Some are even ‘coming back’ from the dead and gone. Nations are taking on conservation as a matter of national pride, and poaching is plummeting.

Best of all, humans are have amazing encounters in the natural world that we all get to share online. Here are our top picks for most enticing animal moments…

On that most famous of archipelagos, 2021 saw the return of a presumed extinct tortoise after the world waited with bated breath for months to see the results of a DNA test, one that would solve “one of the greatest mysteries of the Galapagos.” (Read more)

Two hikers in the Cairngorms in Scotland rescued what they thought was a tabby kitten freezing to death in the snow, but after a specialist vet confirmed that it was a Scottish wildcat, one of the rarest mammals in Europe, and the only felid native to the British Isles. They started a fundraiser to support their conservation having formed a bond with the little guy. (Read more)

3) New Zealand is Hearing the Kiwi Call Once Again After 5 Years of Silence: ’It’s Amazing‘

Everyone calls the citizens of Australia’s island neighbor “Kiwis,” after their national bird which actually was seriously at risk for many years. Over the last 60 months, annual audio surveys of kiwi calls have revealed that the haunting sound can now be heard over vast stretches of the island where before they were absent. (Read more)

4) World’s Tiniest Pig at 10-Inches Tall, Once Thought Extinct, Is Returning to the Wild

In the shadows of tigers and elephants, the smallest wild hog in the world held the entire Terai Grasslands ecosystem together. Presumed extinct until 1971, they have been captive-bred back into stable numbers and roam again in the national parks of India. (Read more)

A paddleboarder was out during whale watching season in Patagonia when a young humpback gave her a playful nudge that, a stunning moment that went viral after being captured by drone video. (Read more)

A hiker alone with his camera and his thoughts climbed a mountain in Montana. Just as he reached the summit, a mother mountain goat and her kid provided an extraordinary encounter. (Read more)

Porpoises are famous for their friendliness, and a display of this astonished marine biologists who observed the clear and obvious adoption of an orphaned whale calf by a dolphin mother, a behavior that isn’t well understood. (Read more)

Giving a whole new meaning to the words “from the brink of extinction,” there was one such Swinhoe’s turtle alive in captivity, and ‘He’ was thought to be the only one on Earth, but with the discovery of a healthy adult female, a chance for a reptile version of Adam and Eve can commence with any luck. (Read more)

Years of steady work has turned the Thames into a river that catches on fire into a bustling marine metro, teeming with seahorses, seals, seabirds, and even sharks. (Read more)

The background to an astonishing return in humpback whales over the last 25 years that has seen the beasts come close to pre-whaling industry numbers, record calf counts were made off the coast of Seattle. (Read more)

After years of debate, conservationists cloned the black-footed ferret, the first such deployment of this future-tech in the field of conservation sees this species given a clear second chance. (Read more)

12) Watch 2,200 Cold-Stunned Turtles Being Released by Volunteers Back Into the Gulf

After a shocking cold snap battered Texas in late winter 2021, sea turtles were saved in huge numbers from cold-stunning by volunteers. Thousands of these vulnerable reptiles were saved and returned to the waters of the gulf after rehabilitation with help from an unlikely ally. (Read more)

13) In World First, Key African Species Will be Relocated to Another Continent After it Became Extinct in India

A lucky group of Namibian and African cheetahs will be relocated to the cheetah-vacant plains of India, where they will hopefully restore the populations that once hunted there in the first-ever such carnivore re-wilding project. (Read more)

Rhinoceros species around the world, such as the greater one-horned rhino and Javan rhino, continue their dramatic recovery. Investments of $20 million worldwide into conservation projects are paying off in many countries. (Read more)

The Great Barrier Reef’s annual coral spawn was a huge success, as if the whole underwater ecosystem was shaking like a giant slow globe, promising billions of polyps to rebuild the reef in the future (Read more)

Having registered a barren 2020, the 2021 western monarch butterfly migration was a banner year in which more than 100,000 insects made the journey west of the Rockies to California. (Read more)

SHARE the Best Moments for Animals on Social Media to Show Your Thanks to GNN… (Featured Photo credit: @fdilekuyar SWNS license)